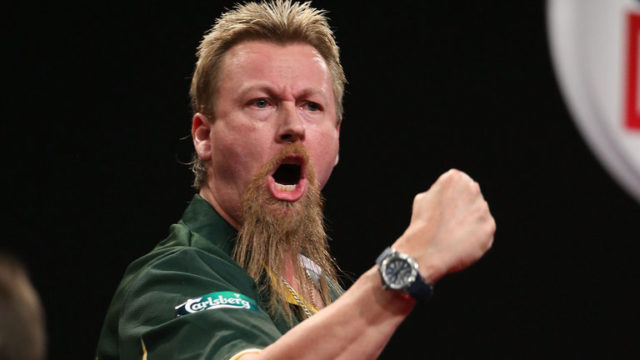 A darts exhibition with one of the world’s top players is coming to Racket Hall in Roscrea in December.

And it is for a very good cause too – as the event is in association with Cystic Fibrosis Ireland.

Simon ‘The Wizard’ Whitlock will be there on December 9 and you will have the chance to throw against him.

Whitlock greatest achievement to date was winning his first major title at the 2012 European Championship.

Tickets are available at reception or on ticketstop.ie.

Standard tickets are €10 with VIP tickets priced at €20. VIP entry is from 3pm while general admission starts at 4.30pm.