The All-Stars took place at the start of November.

And while Graham Brody may not have won, he was sure looking sharp.

What a crew we have here!

The PWC GAA All-Stars Banquet is currently underway at the Convention Centre in Dublin.

And there is a considerable Laois presence at the event in support of Graham Brody who was nominated for the goalkeeper position on the football team.

He may have lost out to Monaghan’s Rory Beggan for the All-Star award but he is certainly not losing out to anyone when it comes to the style stakes.

Brody, along with fellow inter-county footballers Damien O’Connor and Evan Costello, were togged out for the occasion by Eamonn Bracken Menswear in Portarlington.

Keith Bracken is there to represent the business on the night while the crew is completed by chairman Peter O’Neill, his son Gary and Arles-Kilcruise’s Ross Munnelly.

The long serving forward is sporting a sling after he damaged his AC joint in a recent trial game – but he will be back for another year with Laois once it heals up.

On the night itself, the football All-Star team were presented with their awards while the hurling team was also announced.

Meanwhile, our hurlers were not found wanting either as Ross King and Paddy Carroll looked very well as they collected their Joe McDonagh awards.

Rathdowney-Errill’s King and Mountrath native Carroll, who plays for Westmeath, made the Joe McDonagh team for their outstanding performances. 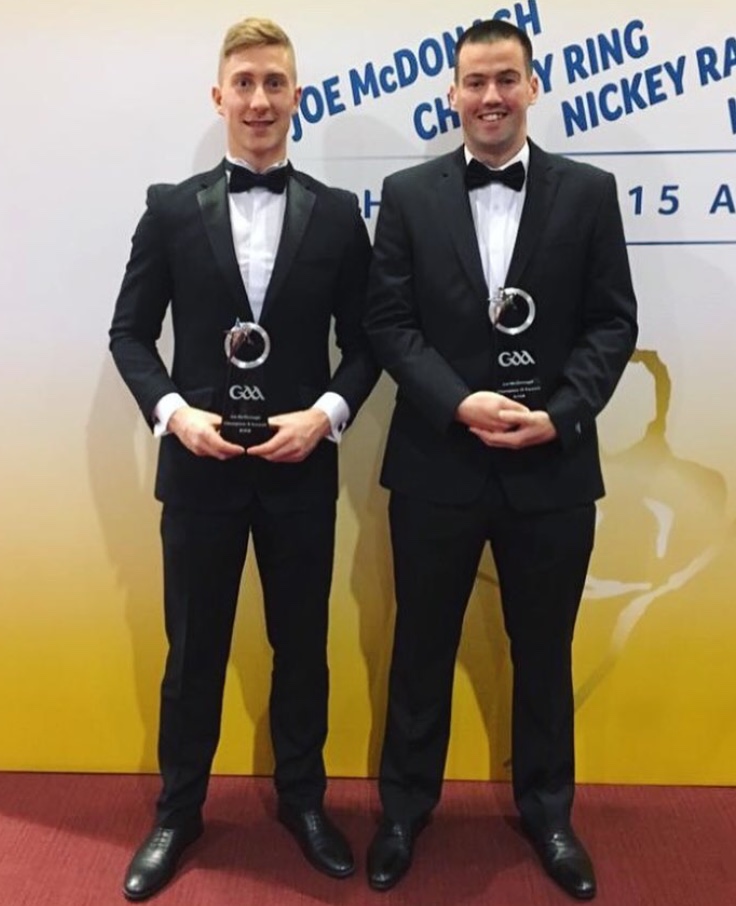