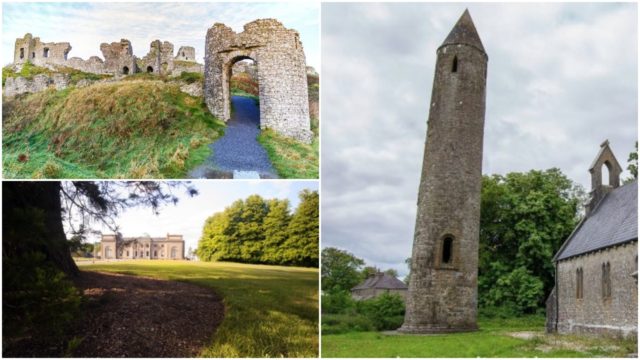 Laois could go green and other counties could be green with envy if Laois County Council embrace a proposal put forward by Cllr Mary Sweeney.

The Ballyroan councillor has mooted the idea that Laois should replicate the Tourism Ireland Global Greening initiative and light up cultural and historical sites in Laois for St Patrick’s Day.
The suggestion was well received and seconded by the Council Chairman, John King.

The global greening venture has proved a huge success for Tourism Ireland in recent years, cashing in on the national holiday as a means of promoting the country worldwide.

International landmarks like the Coliseum in Rome, The London Eye and the Sydney Opera House are all illuminated with green floodlights around March 17th.

“It would be very good for tourism in the county to light up our heritage sights in a similar fashion,” said Cllr Sweeney. She had in mind the Rock of Dunamaise, Emo Court and the Round Tower at Timahoe.

Chairman, John King agreed that it would be a worthwhile way to showcase the county. The meeting also heard that the Council has received an official invitation to the St Patrick’s Day Parade from the Laois Association in New York.

Laois will now be represented at the New York Parade by Cllr John King, along with the Council’s Head of Finance, Mr Gerry Murphy. Cllr Padraig Fleming said it was a great honour and that they would have a very busy programme of events to attend.

Jesting with the Chairman, in light of it being an election year, Cllr Brenan Phelan said: “Are you getting a one-way ticket? Don’t worry I will suspend my campaign when you’re away and won’t do any canvassing.”

Plans for St Patrick’s Day parades across the county are at an advanced stage with a little over a month to go to the big day.

The Portlaoise parade which was in some doubt last year before finally going ahead seems to be on a surer footing this year. The voluntary organising committee held a successful table quiz in Kavanagh’s Pub last Thursday which raised €550 and will go towards helping run this year’s much anticipated parade and street festival.

Meanwhile, on the subject of putting the county’s heritage and history in a good light, Cllr Pauline Madigan noted the progress on the Fort Quarter project and thought the new mural in the old cemetery was fabulous.