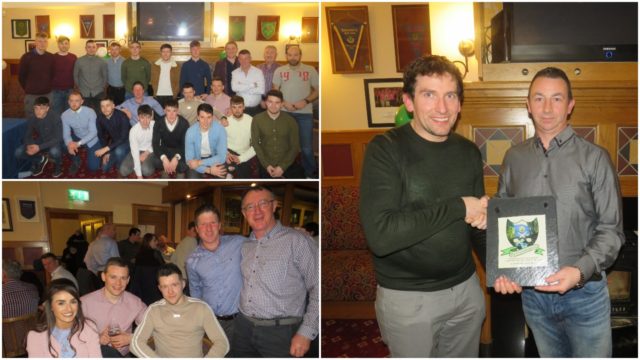 The senior ‘A’ team took home the Division 1A title after defeating Rathdowney-Errill in July of last year.

Later on in the year, their junior football outfit saw off Camross to claim the division four cup.

As many of the junior team at the beginning of the year made their way to the intermediate side through the championship, the junior side went without and winning the trophy was a tremendous success for player/manager Paul Friel and his troops.

Both Paul and former Rosenallis senior hurling manager Paul Murphy were present on the evening to present their teams with medals.

They were also presented with a plaque to thank them for their effort over the past year.

DJ Brendan Lawlor supplied the music as Rosenallis GAA partied into the wee hours of the night.

Paul Friel is remaining on as junior football manager, while Dan Gilmartin takes over the reins as senior hurling manager for 2019.

See below for photos of the evening: