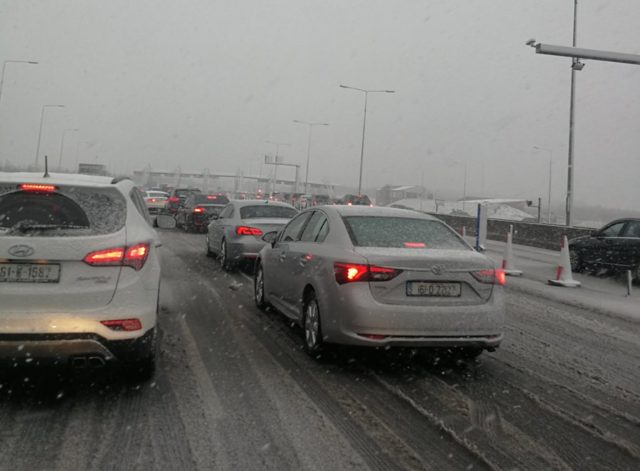 The snow is back and it is causing havoc around the country.

AA Roadwatch are reporting major delays on the M7 coming into Laois as the road is covered in snow.

They say: “Driving conditions are very poor on the M7 with snow and ice on the road.

“Drive with particular care along this stretch.”

We are also hearing reports that the toll bridge on the M7 is closed following an accident.

AA Roadwatch say: “The M7 is blocked southbound just past J18 Portlaoise West at the Toll Plaza due to an incident.

“There are heavy delays on approach.”

The weather has caused a lot of problems today with the Laois Ladies game in Clare being called off.

Take care out there folks!