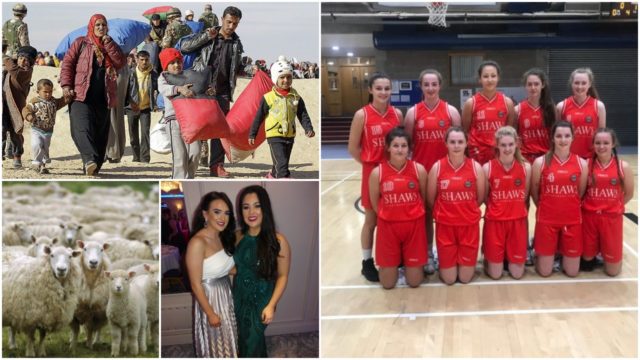 Syrian families due to be housed in Laois this year

Over one hundred Syrian refugees will be accommodated in Laois later this year.

€2,932,954 of funding to Laois County Council for the provision of fourteen new social homes at St. Kieran’s Park, Errill, Co. Laois has been approved.

Scoil Chriost Ri Through to All Ireland Basketball Final

Scoil Chriost Ri are through to their first ever Senior A Basketball Final having come through the Quarter and Semi-Final on Wednesday February 27 in the National Arena.

In Pictures: St Paul’s ladies footballers lead the way in the style stakes at their presentation night

Not a club to do things by halves, the women of St Paul’s held an end of year party for their juveniles in December and followed this with a glamourous presentation night last weekend.

Defending Laois SHC champions Camross will meet Borris-Kilcotton, Abbeyleix and Clough-Ballacolla after the draws were made for this year’s championship in the Laois Shopping Centre.

For this week’s Moment in Time, we took a visit to Paddock NS back in 2001

Fr Paddy: Where is my brother?

In this week’s column, Fr Paddy spoke about the importance of looking after one another