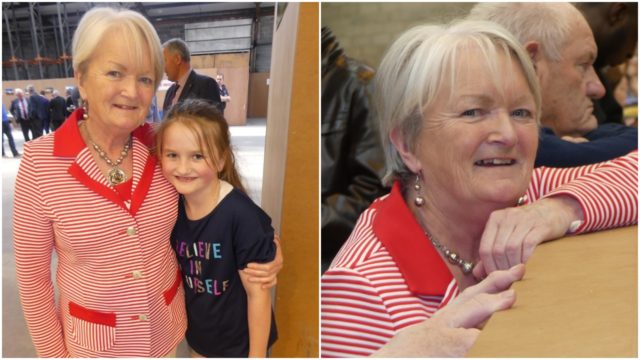 Ballyroan’s Mary Sweeney has taken the sixth seat in Portlaoise for the Laois County Council.

She polled 1,024 first preference votes but had to wait until the 12 more counts before eventually taking the second last seat for the area.

Mary Sweeney’s votes through the years

A real battle is now on between Fine Gael’s Thomasina Connell, Renua’s Dom Dunne and Independent Naem Iqbal for the final seat.

Labour will have one seat in the next Laois County Council as Noel Tuohy has also been re-elected.

He got in following transfers from Timothy Adejumo and a total vote of 1,864.