Embrace FARM the support network for those affected by farm accidents will host its Annual Ecumenical Remembrance Service in the Church of the Most Holy Rosary in Abbeyleix on Sunday June 30 at 2pm.

Everyone who wishes to remember a person in their life affected by a farm accident- this includes most recent and historic fatalities or those seriously injured are invited to attend.

The Remembrance Service is now in its sixth year, with the first service in 2014. The service will be led by local clergy from the Church of Ireland, Canon Harvey and Roman Catholic, Fr. Ahern.

They will especially remember this year the passing of Fr. Cummins who presided over the service in 2018 and was tragically killed earlier this year.

The Remembrance Service is well supported each year by Agribusiness, the farming organisations and government organisations such as ABP group, DAFM, Glanbia, ICMSA, ICSA, IFA, IHFA,

Embrace FARM will be represented by the co-founders Norma & Brian Rohan and the voluntary board of directors who give their time freely in the development of the organisation.

Embrace FARM were contacted by over 150 families to have their loved ones remembered at this year’s Ecumenical Service.

Behind these numbers is a father, mother, a husband, a wife, a child, a relative, someone important to a family and a community.

The group say: “We especially ask you to bring along anyone who was a support to you during your bereavement and journey of grief, to give thanks to them for their kindness and remember the life of the loved one passed.

“This is a day to speak their names because they are always a part of us. We honour their memories and give thanks for the time they spent with us.

“Light refreshments (sponsored) will be served at the Manor Hotel in Abbeyleix following the event and all are welcome.” 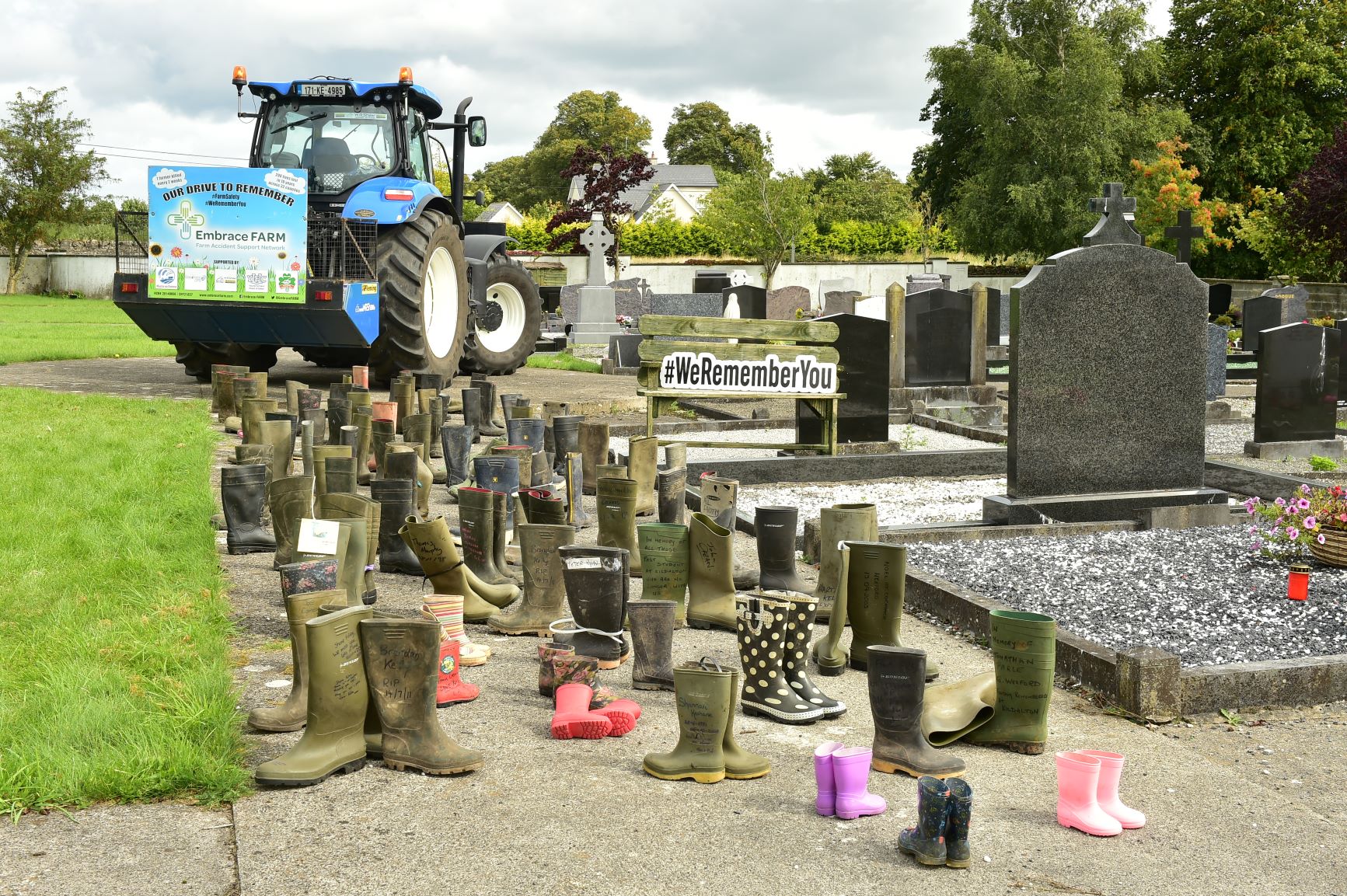 The Embrace FARM vision is to be ‘a caring and supporting Agri-community for all those affected by farming accidents’.

It values include being a guiding and listening service, empathic to all, offering shared personal experience and mutual support, being transparent in all its actions, holding respect and integrity always.

Throughout 2018, Embrace FARM has continued its work in raising awareness of those affected by farming accidents.

It held its residential widowed spouses’ weekend in Kilkenny for people who lost their partners in a farming accident.

In addition it hosted a residential weekend in November where several families and their children shared their experiences and supported one another in how losing a loved one has impacted and changed their lives.

To remember the 290 lives lost across the 32 counties of Ireland in ten years (2007-2017), Embrace FARM drove a tractor kindly sponsored by WM Shaw around the country.

This was done in conjunction with Macra na Feirme and the Young Farmers Clubs of Ulster,

Over 150 members from several clubs in every county took it in turn to navigate the tractor into the most rural parts of Ireland to bring the message to all affected.

The tractor left from Tullamore show on August 12th and arrived at the opening of the National Ploughing Championship on September 16th, 2018. The tractor covered nearly 5000km on its journey, and the message of farm safety was also part of the Embrace Farm awareness campaign.