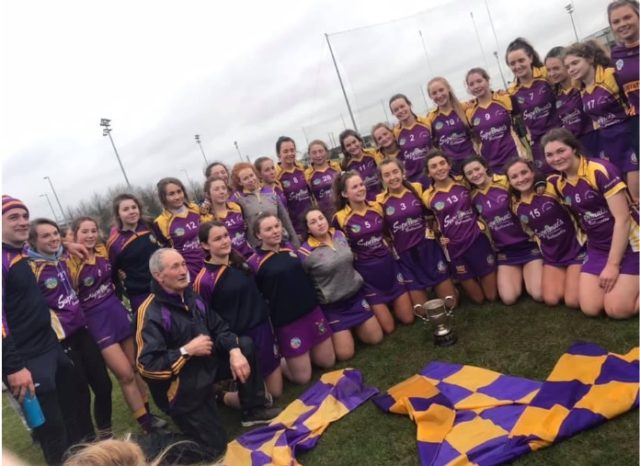 St Brigid’s were crowned Laois Minor Camogie Champions after an eight-point victory over Camross at the LOETB Centre of Excellence this afternoon.

The game began as a tight affair, when Áine Cuddy landed Camross’ first point, but a free from Jessie Quinlan brought it back to a level game again.

Kirsten Keenan nudged Camross back in front with a free, but two consecutive points from Tiegan Bowe put St Brigid’s back ahead approaching the fifteen minute mark.

St Brigid’s picked up in the second-half right where they left off in the first, two more points from Galbraite and a long run ending in a point from Bowe gave St Brigid’s an eight-point lead entering the final ten minutes.

Andrea Scully grabbed Camross’ third point of the day, but another free from Quinlan kept St Brigid’s firmly in control.

Scully managed to get the first goal of the game when she raced through the St Brigid’s defence and converted one past Emma Dunphy to bring it back to a six-point game, but points from Zoe Daly, Galbraite and a free from Quinlan ensured an eight point win for St Brigid’s.