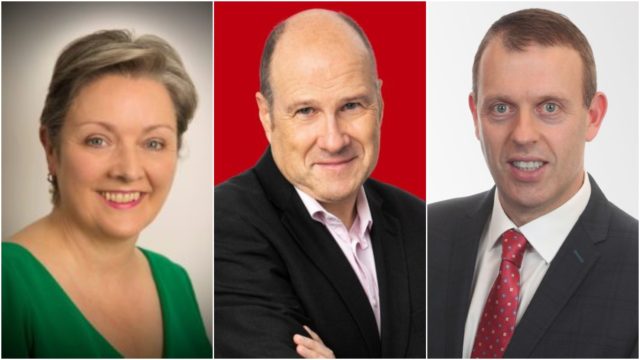 Pulling no punches and certainly not hedging his bets the former bookie and Fine Gael TD and Minister Ivan Yates has  predicted that his former political party are going to lose a seat in Laois-Offaly.

In the Newstalk Radio Podcast, entitled ‘Calling It’ Yates, who also co-hosts the Virgin Media Tonight Show with Matt Cooper, calls it for Laois-Offaly in no uncertain terms.

With no equivocation Yates predicts that Fianna Fáil will win three out of the five seats in the newly reconfigured Laois-Offaly constituency.

He is adamant that Brian Stanley’s Sinn Féin seat is also safe.

But without putting a tooth in it he forecasts that Fine Gael will lose a seat in Laois-Offaly come election day on February 8. He maintains Birr TD Marcella Corcoran-Kennedy will be the casualty.

The Newstalk presenter and pundit gives a number of reasons for his prediction.

He says the Fine Gael vote is down nationally and will be down even more in Laois-Offaly; that Fianna Fáil should have won the extra seat in 2016 but lost out due to poor vote management, and that Barry Cowen needs to deliver an additional seat on this occasion if he is to impress his boss Micheál Martin and entertain hopes of being appointed a Minister.

In the ‘Calling It’ podcast with Virgin Media’s Political Correspondent, Gavin Reilly, both journalists note that with 15 candidates in the field for five seats in Laois-Offaly, there are 6 outgoing TDs “slugging it out”.

“Carol Nolan can’t get elected,” declares Yates emphatically ruling out any chance for the former Sinn Féin TD being returned as an independent.

He insists there are two safe seats for Fianna Fáil – Cowen and Fleming – but he adds a cautionary note.

“There are two safe seats for Cowen and Fleming but Barry Cowen’s policy of wanting more and more votes for himself the last time completely backfired.

“Now the pressure is on him this time if he wants to be a Minister he is going to have to deliver that third seat. Carol Nolan can’t get elected. Brian Stanley is in a strong position to get the Sinn Féin vote.”

Yates who is known for sparring no one and not mincing his words further predicts that while Justice Minister Charlie Flanagan’s vote will be down, he will hold his seat.

“But I’m not optimistic for Marcella. I’m predicting a collapse in her vote. She was dropped by Leo as Junior Minister and she’s extremely vulnerable with the Fine Gael vote now down by seven or eight per cent.

“She didn’t do as well as expected the last time and with proper vote management by Cowen I’m tipping Peter Ormond for that seat and Carol Nolan’s elimination will help Ormond and he will beat Marcella in the battle of Offaly.

“That will be the biggest roar of the nigh for the Soldiers of Destiny.

“If he is elected Taoiseach, Micheál Martin will be all supreme when he returns for the Áras and if you want to enter the kingdom you have to pay your dues and that’s what Micheál will be telling the likes of Barry Cowen and Willie O’Dea, if they want to be in Cabinet they will have to bring in their running mate,” maintains Yates.

His Laois-Offaly prediction is in line with the one made last week in the Laois Today Talking Politics Podcast by veteran election watcher, author and Daily Mail journalist, John Drennan.

The Mail on Sunday man put it slightly more colourfully.

“Marcella’s goose is cooked. Stick a fork in it, that’s done and just move along.”

However, if Deputy Corcoran-Kennedy is to lose her seat two other Offaly candidates cannot be ruled out of being in the running to take advantage, Independent John Leahy who is contesting his third general election and Green candidate, Senator Pippa Hackett.

Fianna Fáil have won three out of five seats in Laois-Offaly in all ten general elections from 1977 up until 2011.

In 2011 Mountmellick’s John Moloney lost his seat to the emerging Brian Stanley of Sinn Féin who was then contesting his third general election. Stanley was re-elected in 2016 and is favourite to retain his seat on February 8 in General election 2020.

SEE ALSO – Know your Candidates: What they’re saying is the big issue in their constituency