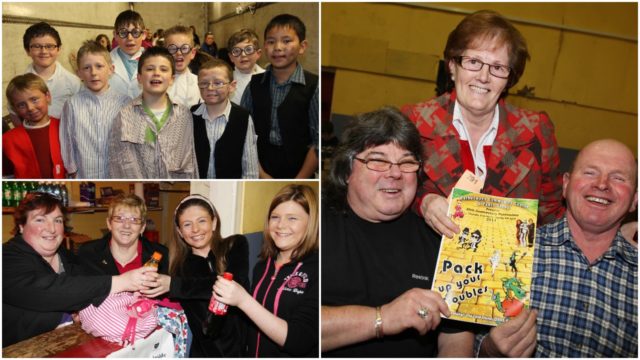 Rathdowney panto group celebrated 25 years with one of their most successful shows in early April 2011.

With 140 cast members, ‘Pack Up Your Troubles’ attracted sell out crowds to Rathdowney Community Centre for nearly every night of its four night run.

The show which was written and directed by Michael Creagh Niall O’Doherty, told the story of a young girl who went searching for fame and fortune but instead found plenty of adventures, meeting some shady characters along the way.

The leading lady of the production that year was Kyle native Aoibhin Ryan and she was joined on stage by 90 children and nearly 50 adults.

Adding to the spectacle were talented musicians led by musical director William Cullagh.

It was a great production enjoyed by all in Rathdowney and further.

Alf Harvey was there to capture some great pictures.