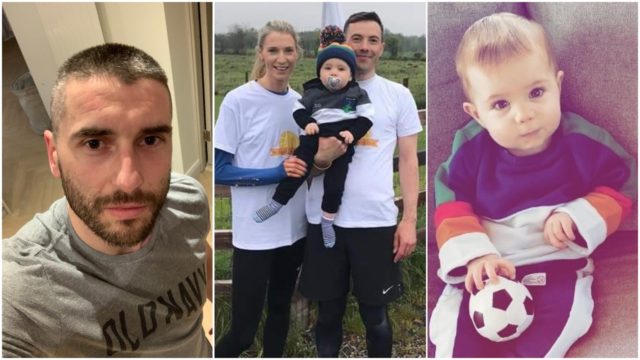 The past weekend saw a huge milestone in the ‘Do It For Dan’ fundraising campaign reached.

In just 45 days, more than €1 million has now been donated to little Dan Donoher in his bid to get access to life-saving treatment.

To date there has been huge support from across the country with sports stars and celebrities such as Shane Long, Darren Randolph, Rob Kearney, Pippa O’Connor, Amy Huberman, Colm Cooper, Kieran Donaghy and Bernard Brogan to name a few who have helped to support their efforts.

GAA clubs all over the country are currently hosting runs in support of Dan with over €100,000 raised. A virtual lip sync challenge took place on Saturday night with over €90,000 raised supported by celebrity judges Davy Fitzgerald, Kathryn Thomas, Evanne Ní Chuilinn and Aidan O’Shea.

Speaking of the milestone Dan’s mother Aisling said: “We just can’t believe it. The amount of support and generosity that people have shown is amazing.

“The day he was diagnosed is a day that we will never forget, our whole world came crashing down. Our hearts were broken.

“In a time when we are all so far apart, we feel such a sense of togetherness throughout this. We’re filled with such gratitude.

“With this treatment we as parents could hope that one day our son Dan could help his Daddy on the farm, play fetch with his dog Bobby, join his friends outside and simply pick up his yellow ball.”

And the important thing to remember is that we are still only halfway there and a range of other fundraisers are ramping up this week.

Both Arles-Kilcruise and Arles-Killeen have taken a slightly different fundraising approach to the majority of other GAA clubs who have ran up thousands of kilometres between them in aid of Dan.

Starting on Friday, May 1, Arles Kilcruise will be organising a ‘Shave or Dye’. Over the course of the May Bank Holiday weekend, they are hoping that as many members of the club and community will get behind them by signing up to shave their head or dye their head, or by donating to help special young man out.

While neighbours Arles-Killeen are running a ‘Biggest Loser’ competition where members of their club are looking to shed some weight in aid of Dan.

The Harps Camogie club are doing their own Talent Show with entries posted on their Facebook Page each day.

In order to vote for your favourite act, you must like and share their video plus donate to the fundraiser shown below:

It is not just GAA clubs who are trying to help Dan with Laois Athletics also getting in on the act.

On Sunday April 26, all of the Athletic Clubs in Laois have decided to come together to walk/run 2,000km in a day for Dan Donoher.

Meanwhile in Camross, it is all about the children as the club are giving them the chance to win some Camross gear.

Orgainsers say: “We would like you to send us a picture or small video clip showing how you are practising your hurling skills , safely at home, this week.

“Donate to #doitfordan link on Camross GAA facebook page
No matter how big or small, all donations are much appreciated.

“Upload the picture/video clip onto Camross Gaa Facebook Messenger by private maessage or via email pro.camross.laois@gaa.ie to be in with a chance of winning some Camross G.A.A. gear. All pictures/video clips along with proof of your donation will be entered into the draw.

“This challenge is open to all boys and girls of all ages from nursery to minor who love to practice their skills.”

While Dan’s story has also reached outside of Ireland with fundraisers now up and going in Australia, Canada and the USA.

Clan Na Gael Bondi, home to former Laois senior football captain Stephen Attride who is now in Sydney, have kicked around a toilet roll in aid of Dan.

In Canada, Durham Robert Emmett in Toronto, home to Emo’s Evan Costello, are going to run 300km for Dan next weekend.

While in the USA, Donegal Philadelphia are on board as their members are also set to get out for Dan this weekend.

Fair play to everyone!