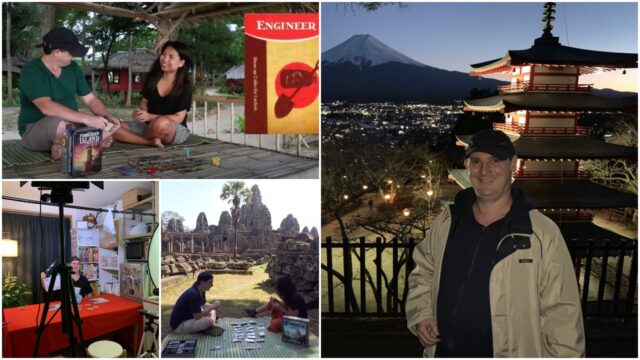 A Laois man has developed a new online board game platform in Japan that is gathering serious momentum.

‘All Aboard‘ is the brainchild of Pat Ryan who is originally from Glenside on the Abbeyleix Road in Portlaoise.

A frequent visitor home, Pat has worked in overseas recruitment, TV documentary production and is a fluent Spanish as well as Japanese speaker.

He has lived in Japan for over 15 years now and he explained how ‘All Aboard’ came about.

Pat said: “I moved to Japan in September 2003, and it was about four years ago that I was listening to the Pat Kenny show on the Newstalk app in Tokyo, when he had a guest on whose job was to test new board games, give developers advice on how to write rule books, suggest rule changes and improve the games in general.

“He started doing it as a hobby, but in time he got more and more requests from companies that were releasing board games. He ended up asking a number of companies if they would be able to pay him for doing this work if he were to leave his company.

“He got a good response and left his IT job to work doing the hobby he loved. His story rekindled my interest in board games. Most people know Monopoly, Cluedo, Scrabble, Risk and all the classics, but Pat asked him what games besides those are popular.

“He mentioned three “gateway” games – Carcassonne, Settlers of Catan and Ticket to Ride. Before long after I had all three, and that was the start of my collection.

“From then on my interest in board games grew and grew and I spent much of my free time online researching what games were available.

“My collection started to increase, and I found myself looking at tutorials on YouTube as the best way to learn to play my new games.

“I also began to look for playthroughs on the platform to see how other people played the games I was thinking of buying, or to see their strategies in games that I loved myself. 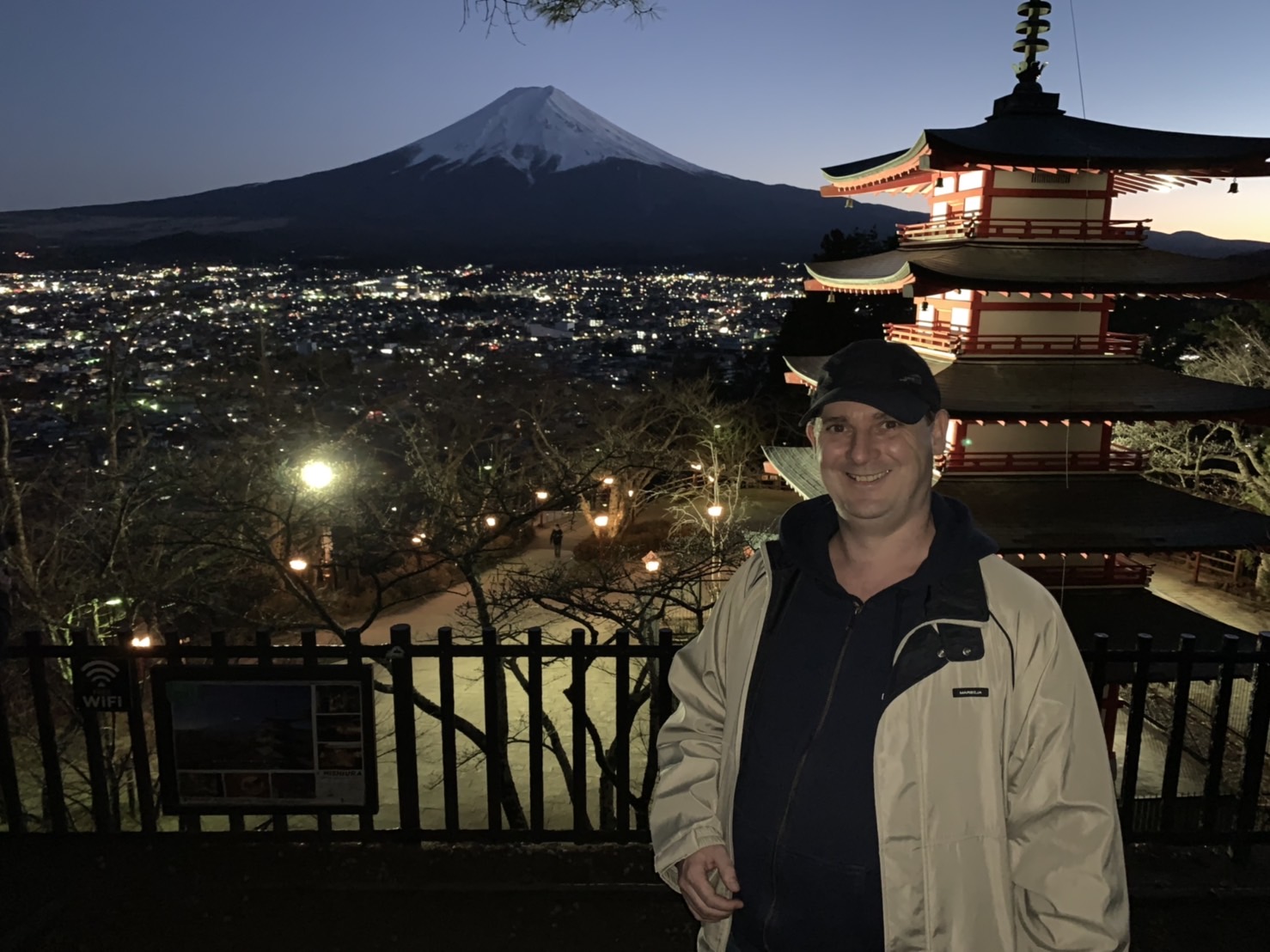 “Soon after I got the idea to make my own channel playing board games.

“As I was living in Japan, I thought it would be interesting to mix in some travelling with the games, so I started a channel called All Aboard, where I would introduce a game, explain the rules, and then travel somewhere with friends, usually within Japan, to play, review and rate it.

“Then I would show some of the sights in the area we went to.

“My first trip was about two years ago and two friends and I stayed in a log cabin in Tochigi, Japan where we played a cooperative game called Pandemic, and then visited some of the beautiful waterfalls in the area.

“I had no idea how to film but sure you have to start somewhere. However, because I had a job, it took me nearly a year to finish editing it.

“Over the next year I worked on editing the footage I had and eventually released the first episode “Pandemic Cascades” in November of last year. It was not the best programme, but at least I had finally released something. 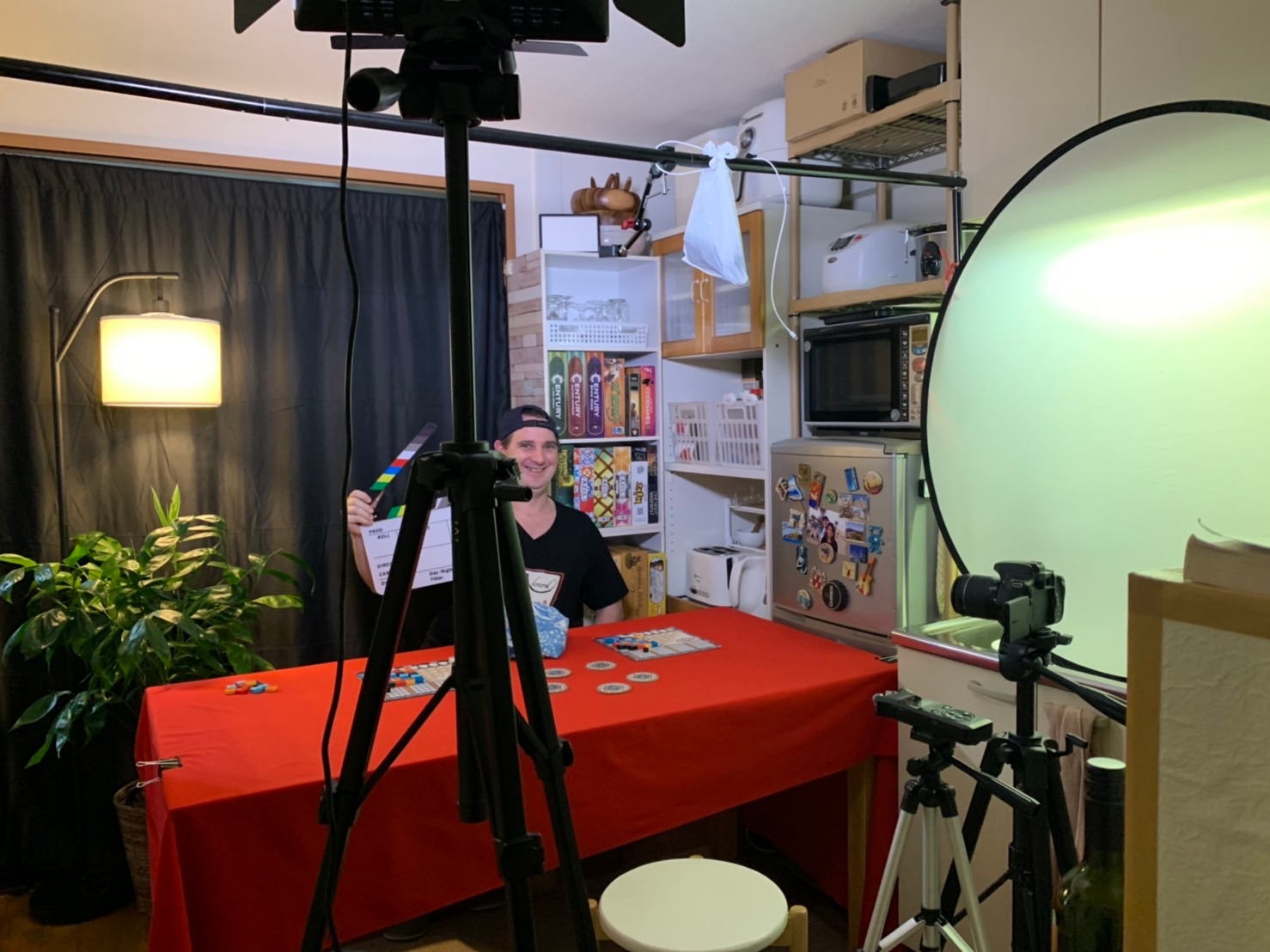 “I worked on the others too and soon I had programmes playing Century Spice Road at the 5-Coloured Lakes (Goshikinuma) at Mount Bandai, Forbidden Island with my girlfriend, Glai, at Ko Lanta in Thailand, Dominion in front of the Bayon temple complex near Angkor Wat in Cambodia and Azul on the Kumano Trail south of Nagoya.

“As I mentioned I still wasn’t happy with the footage I had because I had shot it before editing. Finally, in January of this year I filmed a new episode around the 5 lakes of Mt. Fuji where we played Azul Summer Pavilion.

“That was a bit better, the setup and atmosphere of the game still left some room for improvement.”

Then the Coronavirus arrived and that gave Pat, and his girlfriend Glai, time because they were stuck at home. 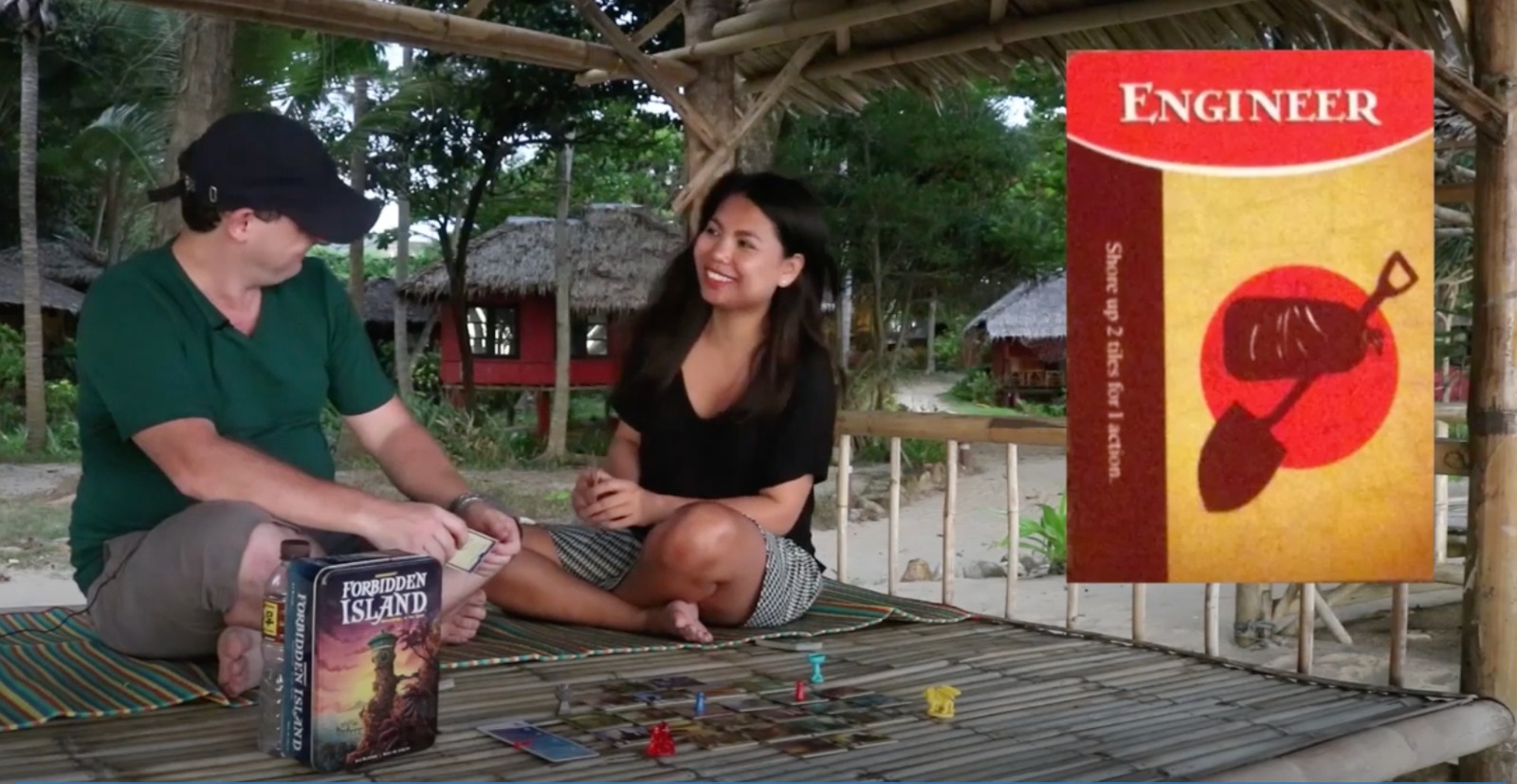 Pat said: “We decided to work on our setup and do some playthroughs at home. Glai has great designing skills and helped me set up a home studio.

“We recorded playthroughs of some games including very heavy games such as Terraforming Mars, Scythe and Spirit Island.

“After uploading them on YouTube the response has been fantastic. We got some very positive comments and that has encouraged us to keep going.

“We found a niche there as there are not many channels doing playthroughs.

“Many of the channels that exist are solo playthroughs with just one person playing everyone’s parts so having two players gave us a new dynamic. 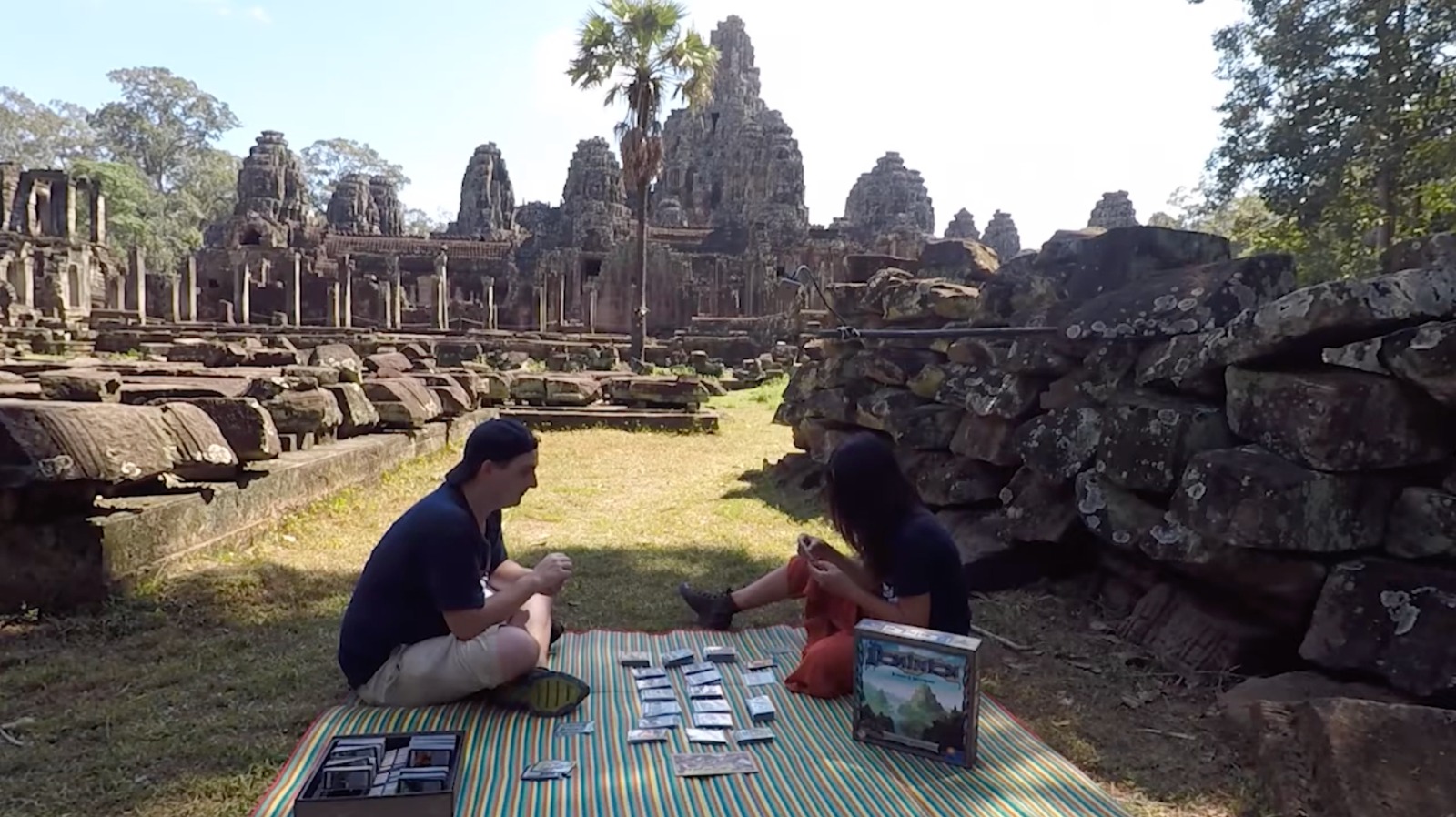 “We are continuing to improve our setup – we recently changed our “studio” to make it more homely and more pleasing on the eye, but our overhead camera is very clear and we aim to make the games easy to follow, concentrating more on the board than the players.

“We do not explain how to play the games – there are already many rule explanations for every game on YouTube, though we may do some tutorials in the future.

“For now, our market is for people who already know the game and are interested in seeing it played well.

“We only play games that we know very well and like, so the viewers are not just looking at beginners figuring it out.

“We have been very encouraged by the response to our playthroughs, and for now these are going to be the main content of our channel.” 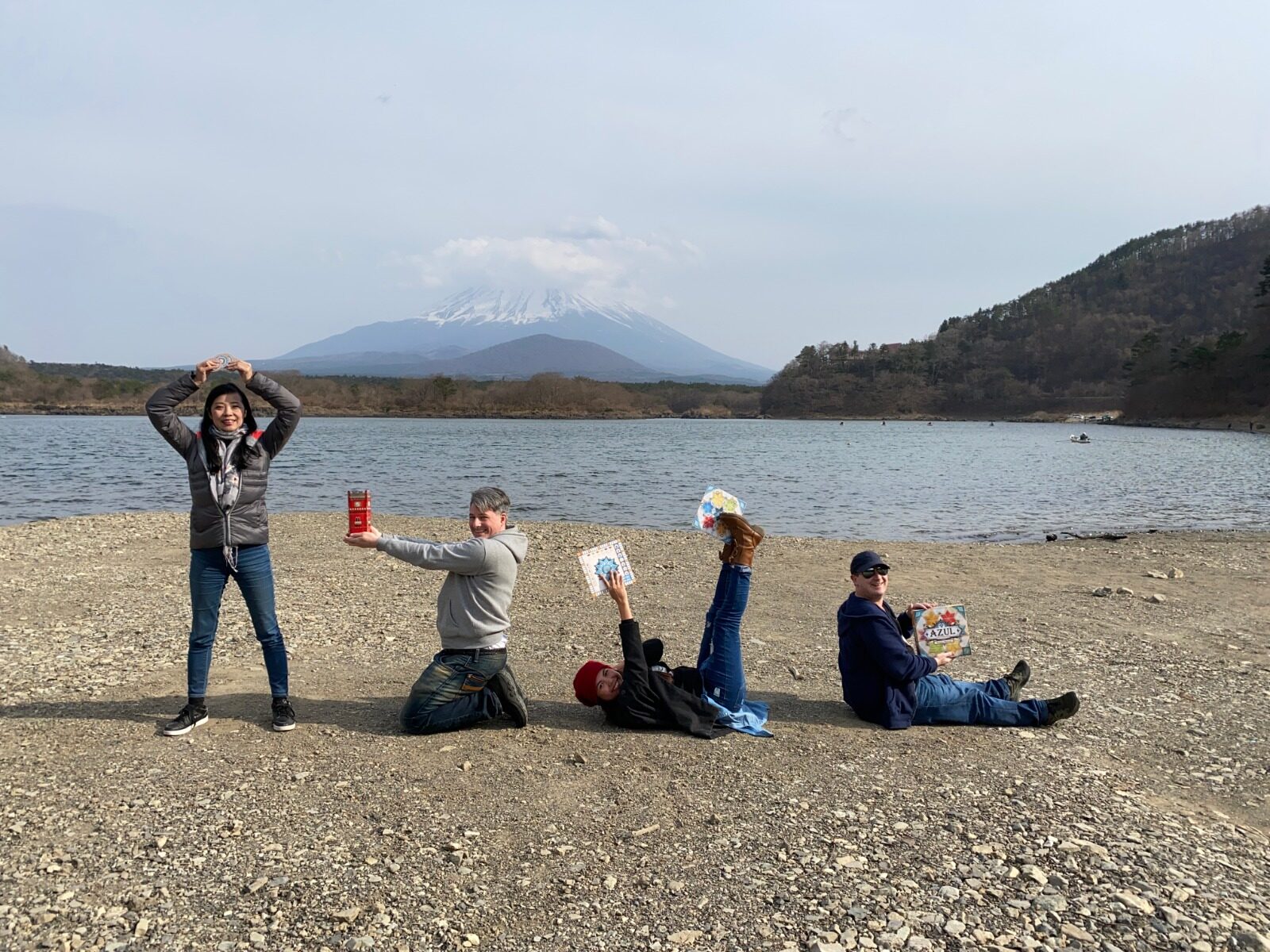 Pat also revealed that his dream is to make enough money to allow him and Glai to return to live in Ireland.

He said: “We are hoping to monetise it in the future, supporting ourselves through making great content and looking for sponsors on Patreon, as well as selling All Aboard merchandise such as t-shirts, baseball caps and mugs.

“Our dream is to eventually move back to Ireland, buy a small camper van, and travel around Ireland and Europe playing and filming board games.

“For now though, we will just concentrate on producing the best content we can and increasing our fanbase.”