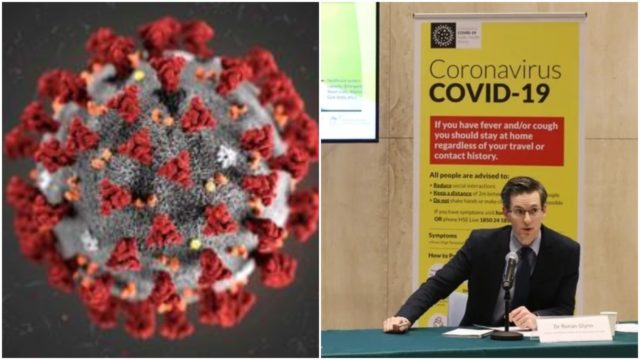 A further four patients have died as a result of Covid-19 and nine new cases have been confirmed in Ireland today, according to the Department of Health.

Today’s figures mean that the death rate has been below 10 for 13 days in a row now while the number of confirmed cases at nine is the lowest since March 9, before any restrictions were introduced.

As of midnight last night there is now a total of 25,207 confirmed cases and 1,683 people have died.

Today marked the start of Phase Two plus of the government;s easing of restrictions though they are still urging people to “stay local”.

People are now being asked to stay in their own counties or within 20km of their own home.

Chief medical officer, Dr Tony Holohan, gave details of the new cases today. But the daily briefings have now stopped. Instead, updates will be given every Monday and Thursday.

Meanwhile, the Iirsh Hairdressers Federation (IHF) has today published guidelines which it says will allow hair salons to reopen safely in Phase Three, which is due to start in three weeks’ time.

There are over 100 specific recommendations within the document to safeguard staff and customers.

IHF president Danielle Kennedy said that “if we wait any longer to re-open, hundreds of small businesses will go bust and thousands of people will lose their jobs”.

On Friday, the government unveiled the accelerated roadmap for re-opening the country. Under this plan, hairdressers are to remain shut until July 20.

Taoiseach Leo Varadkar said that hairdressers and barbers will have to remain shut until at least that date as their work involves “almost face-to face contact” which makes it a “high-risk engagement”.

However, the IHF said today its guidelines, developed in conjunction with the HSE and Health and Safety Authority (HSA), would allow them to re-open on June 29.

Among its recommendations are the extensive use of PPE for stylists and customers, Covid-19 training for all staff, screening of customers when taking bookings, full sanitisation of workstations after each customer and salon visits and customer phone numbers recorded for contact tracing.

The guidance says: “Employees must wash their hands thoroughly before and after each customer and use hand sanitiser before attending to clients.”