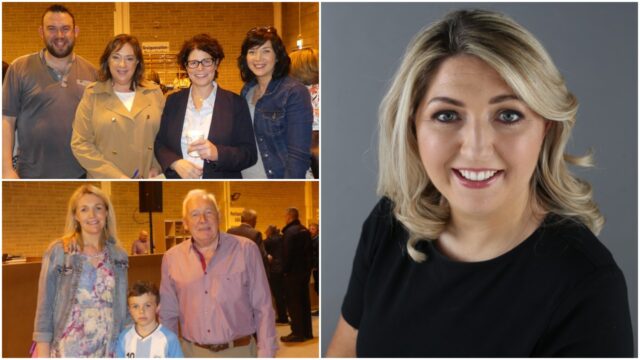 Three new chairs of the three Municipal Districts in Laois have been elected in the last day.

Fianna Fail’s Seamus McDonald and the Fine Gael duo of Thomasina Connell and Aisling Moran will chair their respective areas for the next 12 months.

History was made in the Graiguecullen-Portarlington area yesterday as a female Councillor was elected chairperson for the first time in the district’s 11 year history.

Cllr Aisling Moran took over from Fianna Fail’s Paschal McEvoy and she will lead the monthly meetings from now on after seeing off the challenge of Independent Ben Brennan.

In Portlaoise, Fine Gael’s Thomasina Connell was elected ahead of Labour’s Noel Tuohy as she replaced Fianna Fail’s John Joe Fennelly in the chair.

While in Borris-Mountmellick, it was a Fianna Fail politician who replaced a Fine Gael one as Seamus McDonald succeeded John King.

McDonald will be 35 years as a Cllr this June and in a slight change to the other areas, Independent Cllr Ollie Clooney was elected as vice-chair.

Fine Gael and Fianna Fail have a deal in place in the three districts to rotate the role of chair and vice-chair between them over the five year term of the local government.

And this is a process that angered some of them over the previous day.

He said: “It’s very sad, fairly shameful and I think you should be ashamed of yourselves.”

While Independent Cllr Ben Brennan added: “Nothing has changed and I can’t see change in the next few years either.

“It’s the same at national level. What the new national Government has done is not to save the country but to save their own rear ends.”