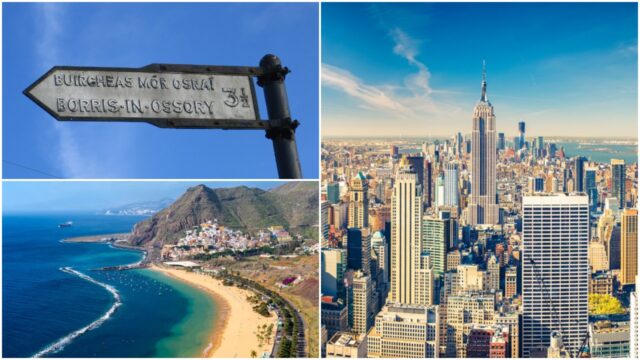 Signposts of places in Laois have ended up in the Canary Islands and pubs in New York – so say two Laois County Councillors.

Independent Cllr Ollie Clooney and Fine Gael Cllr John King told a recent meeting of the Borris-In-Ossory-Mountmellick Municipal District how many of the signposts that are missing in their electoral area have turned up in strange places.

Cllr Ollie Clooney called on the Council to carry out a survey of the missing place names signposts in the Borris-Mountmellick district with a view to replacing them.

Mr Clooney said: “Some are in the back of people’s gardens, some have fallen down and others have made their way to the Canary Islands.

“I loved the black and white signs and they are too easy for people to take down.

Cllr King agreed with Cllr Clooney and recalled seeing a sign from a different electoral area in a bar in America.

He said: “I was in New York in a pub and there on the wall was a signs saying ‘Ballylinan 2 miles’.

“How did that make it all the way over there? I’d love to know how some fella managed to fit that in his suitcase!”

In reply, Engineer Edmond Kenny said: “A review of signage on regional roads will be undertaken by the Municipal District this year.

“Where damaged or absent signage is encountered, the cost of replacement will be established.

“Laois County Council will update the Councillor of the outcome of the review.”