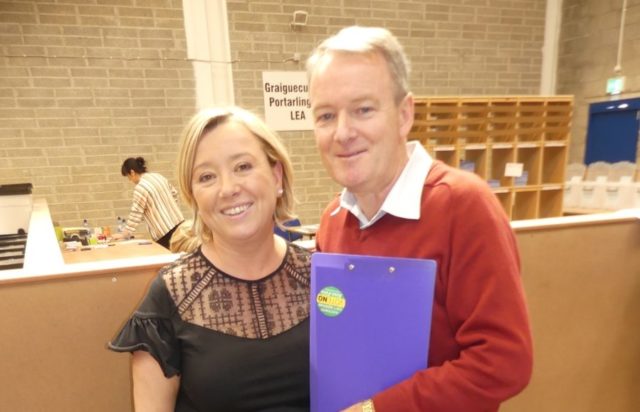 Portlaoise-based Sinn Féin county councillor Caroline Dwane-Stanley says she would love to see her party leading an “alternative left Government” in the future.

And she also adds that she “would hate to see Sinn Féin in Government with Fianna Fáil or Fine Gael”.

With Fianna Fáil, Fine Gael and the Greens formally agreeing to enter a coalition on Friday, it means it will be another election before the chance for Sinn Féin to lead a Government will arise.

However, Cllr Dwane-Stanley, who has been on Laois County Council since 2011, and is married to TD Brian Stanley, is confident their time will come.

“I don’t see it as a lost opportunity for Sinn Féin,” she said in an interview withe LaoisToday as part of our ‘My Life in Politics‘ series.

“Fianna Fáil and Fine Gael have spent years trying to keep Sinn Féin out of power (but) it’s a bit like trying to stop the tide from coming in.

“Their position is no longer credible in the eyes of the public and what makes this more interesting is the public are so engaged in politics at present and they can see the desperation with these two parties.

“I am a firm believer in having a right and left divide in the political system. I would hate to see Sinn Féin in Government with Fianna Fáil or Fine Gael.

“I believe we are living in historical times and it’s great to be able to watch how we have forced FF and FG in together.”