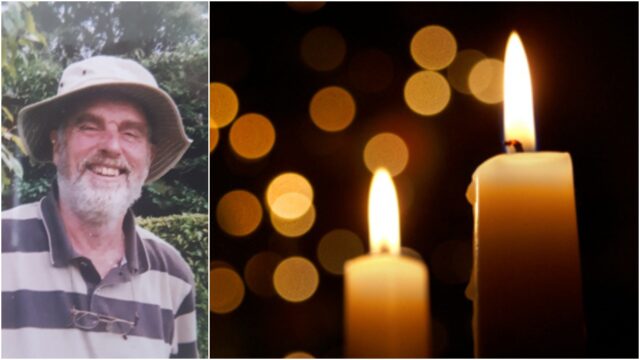 The death has occurred of Seán Mullins after a short illness.

Originally from Clontarf in Dublin, Seán was a long-time resident of Portlaoise where he made a big contribution in his job with Laois County Council as well as in sporting and environmental circles.

Seán worked for many years as a senior engineer in Laois County Council, where he was highly regarded and respected.

He was also heavily involved with Portlaoise GAA club over the years, both as a player and coach. A brother of Dublin GAA great Brian Mullins, Seán played with the famed St Vincent’s club in his early years before transferring to Portlaoise after moving to work here.

He won Laois and Leinster club titles with Portlaoise in the 1970s and coached teams in the club for many years. His son Diarmuid played underage hurling and football for Laois and won All Ireland minor medals in 1996 and 1997.

Seán remained highly active in his retirement with a passion and interest in the GAA, arts and the environment where he generously gave of his time and expertise to support community-based projects and initiatives.

He did so in a thoughtful and kind way, always with a gentle smile and his sage advice and input will be sadly and sorely missed.

Seán died peacefully in the Beacon Clinic, surrounded by his loving family. He is mourned by his wife Joan, sons Colm and Diarmuid, sister, brothers, sisters-in-law, brother-in-law, daughter-in-law, nephews, nieces and treasured grandchildren.

Sadly missed by his neighbours, work colleagues in Laois County Council and former club members from St, Vincent’s and Portlaoise GAA Clubs and his wide circle of friends from near and far.

Given the exceptional climate and to protect the welfare of everyone who knew him, social distancing will be observed at his funeral. In line with Seán’s wishes he will repose privately. Interment will take place in SS Peter and Paul’s Cemetery, Portlaoise on Friday morning at 11.30 am where people can say farewell to Sean.