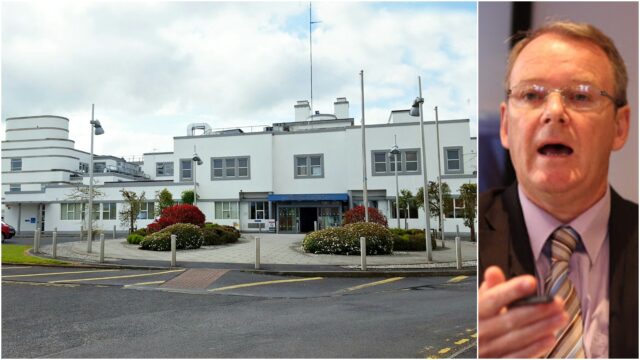 Laois Sinn Féin TD Brian Stanley is appealing for a concrete plan to be put in place to secure the services in Portlaoise Hospital, almost three years on from the HSE indicating that they were proposing that the 24-hour Accident and Emergency department be reduced.

Deputy Stanley said the HSE plan leaked in October 2017 has just been parked and that the consultation process promised in December of that year by then Minister for Health Simon Harris hasn’t taken place.

“The simple facts are there have been improvments in the hospital, the budget has improved, the range of services has improved and the management and staff are doing good work there,” said Deputy Stanley, speaking on a recent LaoisToday Talking Politics Podcast.

“The missing piece – and we need to be wide awake to this – is that the document put on the table three years ago now … has not been replaced. It has been put to one side.

“It’ll be three years in October since that document was leaked to me, that plan to take out the accident and emergency unit and the other services that depend on it out of the hospital.”

Stanley, along with the other TDs from the constituency – Sean Fleming and Charlie Flanagan – met with Minister Harris on December 15, 2017, when a consultation process on the hospital was promised.

“He committed to carrying out a consulation process, comitted to doing a few things, pressing the pause button, putting that document to one side. That’s ok (but) that’s only just temporary.

“I kept asking the question when is the consultation starting. That never happened. It hasn’t happened. There has been no plan to replace that. ”

Prior to the General Election in February, Fine Gael said that the hospital was secure under the Slaintecare plan but that is disputed by Deputy Stanley at the time who said that was a “sugar-coated promise”. The local Portlaoise Hospital Action Committee also hit out at the lack of certainty.

“You can’t recruit people in where there is uncertainty, particularly if you are looking for skilled people.

“You’ve heard all the arguments for it. The population, the prison, the location of the roads. Our population is increasing and in the surrounding catchment area. People forget it takes in south Kildare, all the expectant mothers from a lot of Offaly come over here.

“There is no justifiable case for pulling the A&E out of there and that is the one big thing we need. It’s the one nut we have to crack.

“Fianna Fáil and Fine Gael are in Government now and they need to take this up, make sure that it is addressed. Put a plan forward, say this is what is happening here.

“Good work has been done in the hospital … I always acknowledge the last Government increased the budget for it and that’s a good thing.

“They talk about centres of excellence. A centre of excellence is no good if you’ve had a serious accident and it takes more than an hour to get to hospital.

“The golden hour is the key and the golden hour for the people around Laois and South Kildare and North Tipperary is to get to Portlaoise Hospital as quick as they can if they have had a serious accident. If we can pin that down that would be a great day’s work.”