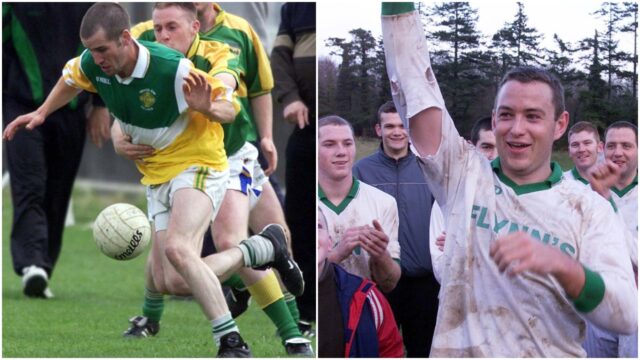 This weekend sees the first men’s adult county final of the year down for decision as Crettyard and Clonaslee do battle for intermediate football honours.

We’re joined by a former manager of each club to look ahead to the game as Crettyard’s John Jones and Clonaslee’s Mark Rooney are on the line.

Jones was a member of the Crettyard team that won Laois and Leinster intermediate titles back in 2005 and was manager in recent years.

While Rooney holds the distinction of captaining Clonaslee to junior football honours in 1997 and intermediate success in 1998, 2002 and 2009.

He was then manager when they won the intermediate in 2015.

Steven and Alan then look ahead to the four senior football quarter-finals as well as the four junior games, which are all scheduled for this weekend.