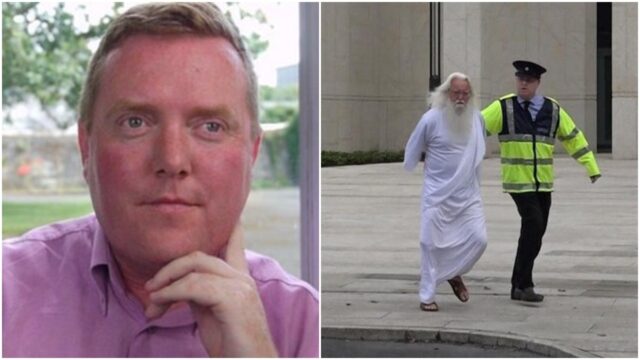 The head of the Catholic Church in Ireland recently expressed shock, over what he says is a “blasphemous” satirical clip broadcast on RTE’s New Year’s Eve Countdown Show, which he said was mocking and deeply offensive to Christians.

In two tweets, Archbishop Eamon Martin called for it to be removed “immediately” from the national broadcaster’s online player.

I was deeply appalled, like so many, by the New Year’s Eve Countdown Show which was broadcast on 31st December 2020 at 10.45pm. The section in question is the Waterford Whispers sketch.

The RTÉ website reports at RTÉ apologises after complaints over NYE sketch (rte.ie): “It is understood the clip will not be removed from the RTÉ Player as requested, but a warning will be attached to the footage to advise viewers that the material may cause offence.” This action is entirely inadequate.

RTÉ is obliged under Section 39 (1) of the Broadcasting Act 2009 to ensure that anything which may reasonably be regarded as causing harm or offence, or as likely to promote, or incite to, crime or as tending to undermine the authority of the State, is not broadcast.

RTÉ has an excellent historical record of presentation on religious matters – the broadcast of Mass on RTÉ News Now during the Covid-19 pandemic has been the subject of much appreciative comment.

I find it beyond belief that those responsible for the New Year’s Eve programme, and those in RTÉ with responsibility for oversight, were not aware of the offence that it would cause.

It may be that those responsible took the view that God is a fictional being, and that therefore nobody would be offended. This shows a disastrous lack of understanding of the importance religious faith plays in the lives of people.

Did they ask themselves how their parents or grandparents would view the material?

Whether one regards God as a very real being (as I do) or as a symbolic representation of values of goodness and compassion and love, the segment in question was entirely inappropriate.

We show respect for the Irish National Flag – the Dept. of the Taoiseach has a 28-page booklet about the appropriate use of the Flag (gov.ie – The National Flag).

The flag is a human construct with deep significance for Ireland. While some might care little if it is treated with disrespect, I’m sure that there would be widespread objection if this were done publicly, and especially if this were done by RTÉ, the national broadcasting body.

Similarly, there would be strong protest if a national monument like the Garden of Remembrance or the GPO in Dublin were shown disrespect.

It is true that the proportion of people who say they have no religious faith has increased, but RTÉ must be aware that the vast majority of people in Ireland do acknowledge religious connection, of whatever level. Freedom of speech is important, but so is respect for others, which no law can enforce.

We remember the tragic events around Charlie Hebdo in January 2015.

The violence was appalling, but it is difficult to believe that the producers of the magazine were unaware of the offence which would be caused by their insistence on their right to publish the cartoons in question.

I would be surprised if our Islamic community is not also offended by the RTÉ programme – they are of the same family of Abrahamic faiths as Jews and Christians, and have a tradition of honouring Mary and Jesus.

Was nobody in RTÉ aware beforehand of the likelihood of the segment of the show on 31st December causing offence? Did they just not care if it offended?

It is also deeply offensive to joke about rape. Too many in all our communities have suffered such violation.

To describe the conception of Jesus as an incidence of rape is not at all consistent with the account in Chapter 1 of St. Luke’s Gospel. To describe it as rape displays a lamentable ignorance.

I believe that the offending segment should be removed, and to replace it not with a “warning” but with a statement of policy which reflects the true responsibilities of RTÉ in this regard.