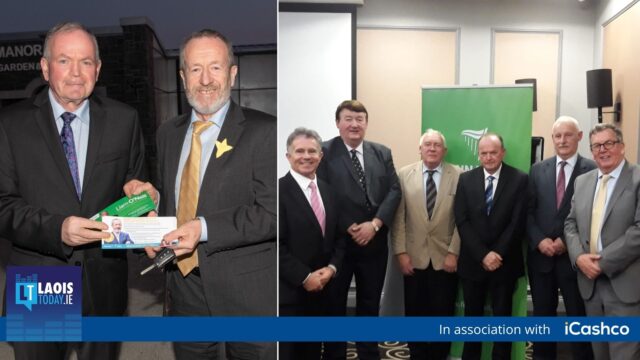 The euphoria of being successful in an election provides the triumphant snapshots – but for losing candidates, it’s harder to think of a tougher place to be at that particular time.

For Liam O’Neill, a man who rose to be president of the GAA, failing to win a seat on Laois County Council when he ran as a candidate for Fianna Fáil in 2019 was a “humbling” experience.

He ran for the party in the Borris-in-Ossory/Mountmellick Municipal District but didn’t challenge for one of the six seats, polling 575 first preference votes behind nine other candidates and was eliminated in the fifth count.

“I suppose I had a different view of what the council was,” he said when chatting recently on the LaoisToday Podcast.

“I was asked by Fianna Fáil to and there was a chance of getting there. I’m not particularly interested in a career in politics. This was a five year thing, this opportunity was coming up now, it lasts for five years it may not come up in five years time.

“I went for that because I thought I could do something for Laois, Laois as an entirity in a sense that we are not the powerhouse in industry, in tourism that we could be in lots of things.

“And I said I would love to bring my experience to that and make a contribution.

“But to do that, you have to stand. And standing is a fairly humbling thing for anybody.

Anybody who would like to find out what life is really like, if you get a chance to stand for election in anything – GAA, Macra na Feirme, IFA, whatever – do it. Because one of two things will happen – either you’ll win it and you go and do it or you’ll come out a humbler person.”

Having suffered defeats during his time in the GAA, he learned early that “you don’t win all the time, in fact you don’t win a lot of time” but he says he “was never afraid to take on a challenge”.

He also admitted that he possibly went into the election “bit naively” and that local issues didn’t feature at all during the campaign.

“It was a humbling experience. I don’t mind saying that. But also a very worthwhile experience.

“I didn’t do it for a career in politics because you don’t start off at my age looking for a career. I just thought it was a chance to do something. It didn’t work out.”

Liam O’Neill’s interview is a two-part podcast interview. The second half of it will be available to download next Friday, January 22, when he discusses his three-year term as GAA president, his views on the challenges facing the association now, his failed local election bid and how he converted the primary school in Trumera to a Gaelscoil.

You can listen to part one of the interview below on Soundcloud or on Apple Podcasts or Spotify.