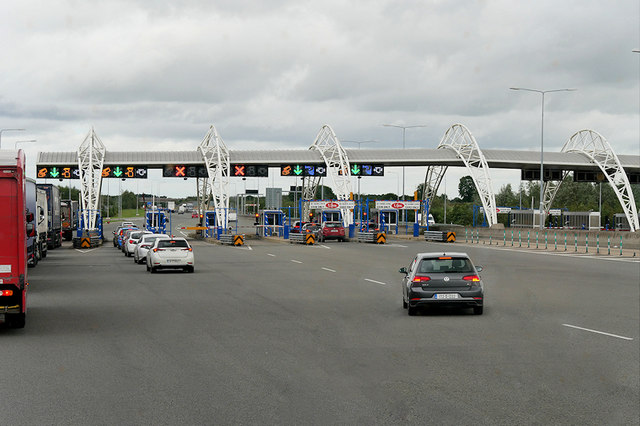 The company that runs the M7/M8 motorway toll outside Portlaoise are estimated to have lost around €6 million in revenue in 2020.

Figures reported by The Currency website estimate that an average of over 16,000 vehicles per day passed through the toll, down from over 24,000 in 2019.

Celtic Roads Group (Portlaoise), who operate the tolls, are under a 30-year concession with Transport Infrastructure Ireland in what is a public-private partnership. The road opened in mid 2010 with traffic in 2020 lower than at any other time over the past 10 years.

Though The Currency reports that “very little detail is publicly available”, they were able to calculate tolls by deducting from its turnover.

“The year 2020 has been a very challenging year throughout Irish society and traffic across the national road network work have declined. The exact number at specific tolling operations is not confirmed at this time, but in general the overall numbers are down across the entire motorway network,” a TII spokesman told The Currency.

“Yet real-time traffic monitoring data is now available for the whole of 2020, reflecting the ups and downs of economic and social activity since the virus arrived in the country,” wrote Thomas Hubert.

“The Currency combined these figures with those available for the previous decade and with financial reporting by industry participants over the same period.

“Our analysis shows that close to €100 million in toll revenue was lost to the pandemic last year, compared with 2019. In most cases, traffic has fallen by around one third, back to the levels observed in the early 2010s, before the economy recovered from the financial crisis.”

The Currency’s analysis estimates that takings at the M50 were down €45.7 million while the Port Tunnel was down €8.1 million and M4/M6 was down €6.5 million.

Celtic Roads Group also operates the Dundalk Western by-pass and the Waterford by-pass under partnerships with the TII and the local authorities.