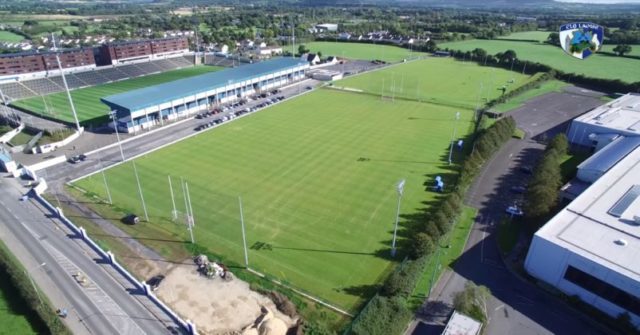 A range of sporting bodies in Laois have submitted planning applications in recent weeks in a bid to improve facilities in the county.

Laois GAA wish to erect a ball wall at their facility in the Centre of Excellence.

Speaking at a recent Laois County Board meeting, development officer Ger Slevin said a Sports Capital Grant application had been made for the project.

This would involve the erection of ball wall at the top of Pitch 2 in the Centre of Excellence and he acknowledged the support from the clubs he researched for the project.

A Laois County Council decision is due by April 20.

While, Arles-Killeen have submitted a proposal to extend their clubhouse.

The plan would see a single storey extension to the north west elevation of the existing clubhouse.

In Clonad, they are hoping to install a walking track with lighting at their current GAA grounds.

A Laois County Council decision on both projects is due by April 20.

They wish to construct an astroturf pitch with three metre high perimeter fence and floodlights.

Planning permission is also sought for alterations to previously granted shed along with all ancillary site services and associated site works.

A decision on that project is due on April 19.