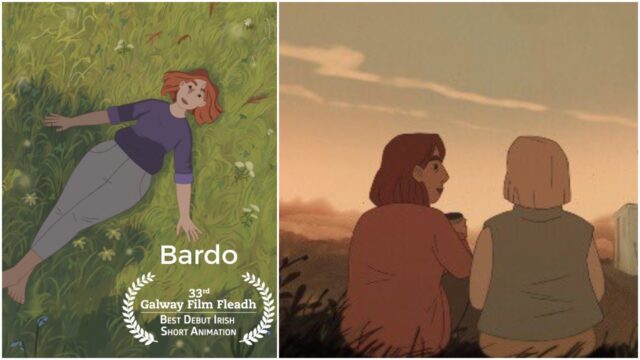 There was big Laois involvement in a real success story from the 33rd edition of the prestigious Galway Film Fleadh which took place at the weekend.

BARDO, created in the and maps and plans studio, won in the Best Debut Irish Short Animation category.

The film is directed by Portlaoise native Aisling Conroy while Stradbally’s Michelle Fingleton was in charge of sound design with Portlaoise’s Ros O’Meara performing the music.

The annual awards ceremony was a hybrid event this year with online and in-person live screenings.

BARDO is a Frameworks project funded by Screen Ireland and RTÉ.

It follows a woman as she questions her lifestyle choices as the travails of urban living are one day jolted into juxtaposition with nature and a simpler way of life.

BARDO is ‘and maps and plans’ third short film release of an animated short film.

The film casts renowned actors Olwen Fouéré and Clare Barrett and the score was composed by Shane Holly with arrangements and music performed by Ros O’ Meara and Cormac MacDiarmada; and Sound Design by Michelle Fingleton.

Upcoming screening announcements will be shared on the and maps and plans Twitter page and Instagram page.

You can catch the trailer by clicking here.