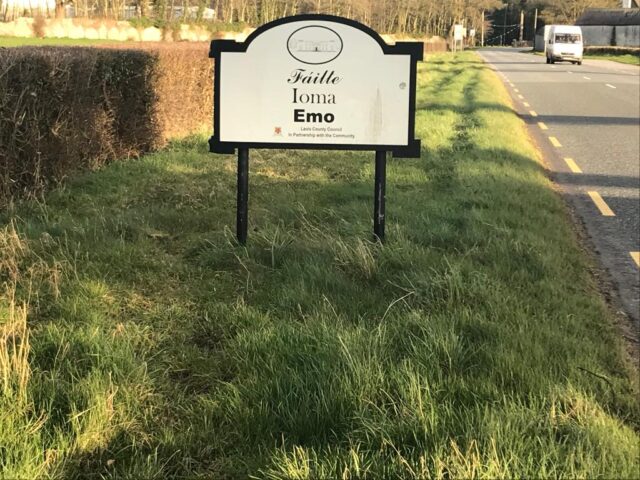 Momentum is growing behind a campaign to develop a playground in Emo in the parish sports grounds where the GAA club, soccer club and local primary school are all based.

At this week’s meeting of the Graiguecullen-Portarlington Municipal District in Laois County Council, Cllr Paschal McEvoy called for the council to “support an application by Emo community for a playground in the parish field”.

Ann Marie Maher, the council’s sports and leisure officer, responded to Cllr McEvoy’s motion by explaining that her section assists local community groups and that “several site visits were made previously to Emo at the request of former councillor Tom Mulhall”.

She added that the key requirements to getting a community playground were a local group and the availability of a suitable site, something Cllr McEvoy said is in place.

“I want the council to back this project,” said Cllr McEvoy.

“Every small village should have a playground. It is a massive help to a community and it brings to an area is unbelievable – I see the use they get in Timahoe and Stradbally.

“It’s a small price to pay for such a facility. They’re shovel ready in Emo when funding is available.”

“Every small village and town in the county needs a playground,” she said. “Tom Mulhall started this drive in Emo to get a playground but every area should have one. The likes of Arles and Ballyadams have been left out. They’re crying out for a playground in Arles.”

Cllr Ben Brennan hit out that the playground in Doonane in his home parish of Crettyard, was being given equipment that was previously in one of the playgrounds in Portlaoise.

“It’s unacceptable that what’s going into Doonane is hand-me-downs from Portlaoise,” he said. “That’s all we’re getting.”