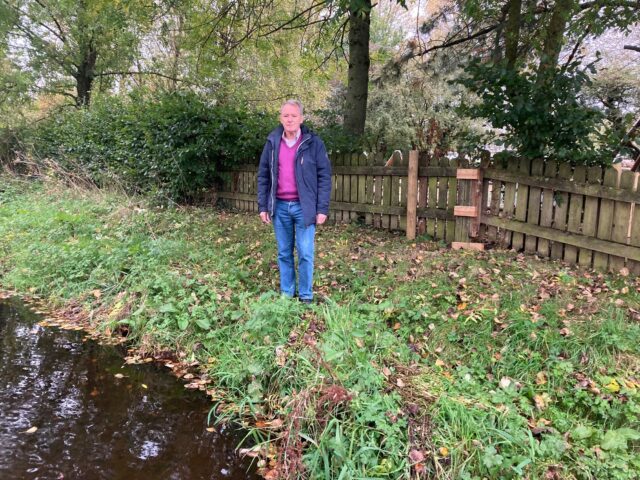 The Sinn Fein TD was speaking as Met Eireann released a yellow rainfall warning for Laois for localised flooding from 5am today until 5am on Thursday.

Mr Stanley lambasted the delay as ‘totally unacceptable as we head for another winter’.

He said: “As a native of the town, I have witnessed flooding there in every decade in the area of Shannon Street and Patrick Street.

“While the Council have carried out works on the Whitehorse River at various times over the years to alleviate it, important work is now been delayed by An Bord Pleanála (ABP).

“Laois County Council (LCC) submitted an application to ABP in February for consent to install an overflow pipe on the stream at Shannon Street along with all the necessary documentation.

“Environmental assessments have been completed by the Council and the necessary funding has been secured.

“Despite ABP stating that the average time for making decisions on such applications is 18 weeks, no decision has yet been made.

“This is disappointing facing into another winter and in the context of increasing frequency of heavy rainfall in a short space of time due to climate change.”

He said: “The proposed work is to simply install an overflow pipe from a back garden to the Whitehorse River.

“It has been judged by engineers that this is the best option and will supplement other works done over the years.

“Funding is also available for other works at Patrick Street which includes the diversion of a wastewater drainage and sewer pipe from under the bridge.

“If both contracts were completed, it should greatly reduce the risk of serious flooding in the town.

“I have written to the Chairperson of ABP Dave Walsh in an effort to get them to move on this and grant consent to the Council and told him the prolonged delay unacceptable.”