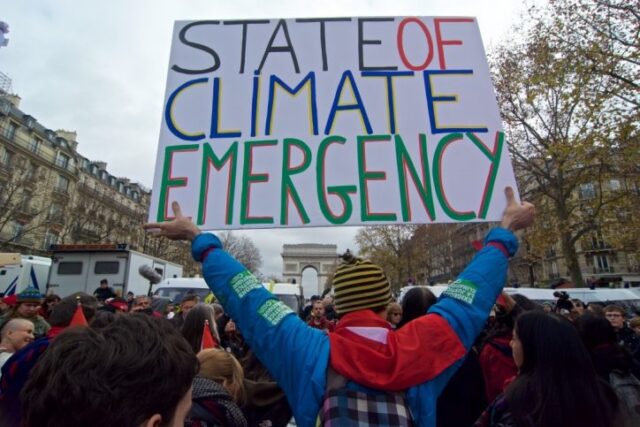 A Laois TD has called on the government ‘to focus less on punishing ordinary people through increasing carbon taxes and focus more on how we can meet our climate targets through providing alternatives for workers and families’.

Sinn Fein TD Brian Stanley was speaking in the Dail about the government’s carbon cutting plan.

He said: “The rate of global warming has to be halted and there is no arguing about that. Everyone has a role to play but it has to be led by the State. However, the Government’s plan does not stack up.

“In July 2019, I moved a Private Members’ motion on behalf of Sinn Féin which sought to bind future Governments to reject the EU-Mercosur deal on free trade. We know the implications of that deal.

“It would see the Amazon rainforest depleted and destroyed for the sake of selling German cars to South America.

“The Government must respect that motion and I call on the Green Party Deputies here to ensure the intention expressed in that vote in July 2019 is upheld.

“Forestry is key. We have had an unresolved crisis in our domestic forestry industry for over two years. In County Laois, for example, over 400 hectares per annum were being planted. This figure collapsed to 26 hectares in 2020.

“Workers and farmers, not just in Laois, Offaly and other counties but right across the country, have lost confidence in the forestry sector due to the backlog in the licensing system.

“Sinn Féin is proposing to overhaul the licensing system and have a streamlined process all the way through for planting, thinning and felling.

There are also all-party recommendations from the Committee on Agriculture, Food and the Marine to that effect.”

He said: “There is no clear plan from the Government on sustainable farming. Just over 1.5% of farming in Ireland is organic.

“The Minister for Agriculture, Food and the Marine said this would be increased fivefold but that would only be 7.5%, whereas the EU target is 25%.

“We need more leadership from government to support family farms to move to organic farming, forestry and renewable energy.

“Our vision for climate action is based on helping families and communities to make that transition to the green economy and create green jobs.

“We want to provide public transport links between small towns. Some small steps have been taken in that regard but we need to move on with that work.

“Sinn Féin wants to invest in State bodies like Bord na Móna and the ESB to develop biogas, biomass, hydrogen, wind and solar power. Bord na Móna has to be central to this.

“That is important because it has the land mass and resources. It can be the energy solution company and it must be to the front in these efforts.

“I ask the Government to focus less on punishing ordinary people through increasing carbon taxes and focus more on how we can meet our climate targets through providing alternatives for workers and families.”