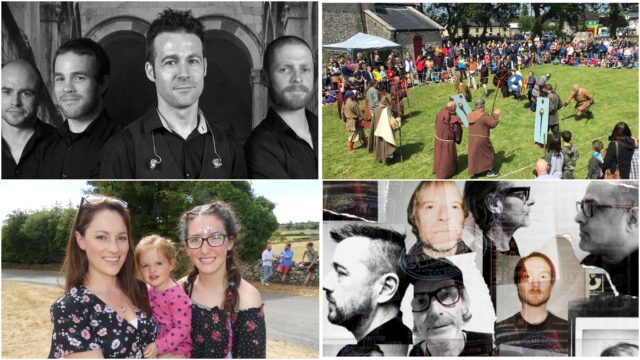 Up to 5,000 people are expected to descend on Emo Court this Saturday for the inaugural Shine event, a trade-fair style extravaganza that has over 100 local businesses exhibiting.

Coming off the back of two years where there were little in the way of organised events, Shine is the first big one of the local summer – one that is jam-packed with festivals of various sorts around the county.

The Electric Picnic in Stradbally in early September and the Ploughing Championships in Stradbally three weeks later will be huge massive crowd pullers but between now and then there is a very busy line-up of events.

After Shine goes centre stage this weekend in the idyllic grounds of Emo Court, the events come thick and fast.

And there’s something for everyone across the board.

From the Gordon Bennett classic car run in early June, to the Laois Garden Festival in Spink a week later, to the Scarecrow Festival in Durrow, there’s something for everyone.

There’s also a return for the Ossory Show, one of Ireland’s oldest agricultural shows while the Folly Festival in Cullohill, which takes place in the shadow of Cullohill Castle, and the historic Timahoe Heritage Festival are also pencilled in.

Portlaoise hosts the much-loved Old Fort Festival from June 23-26 while Forest Fest is a very exciting new boutique music festival in Emo, giving the small village a busy summer to look forward to.

Heywood hosts the Twin Trees Art and Culture Festival while an old favourite returns to Stradbally with the Steam Rally on the August Bank Holiday weekend.

You can check out the full schedule below.