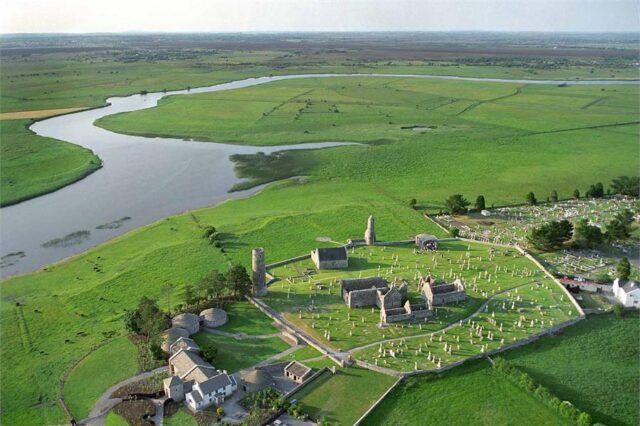 Recently, the chiming of a bell at the ancient monastic site of Clonmacnoise, was significant.

Laity, religious, priests and bishops, all participated at a daylong national assembly of the Irish Catholic Church in Athlone.

The assembly was the culmination of an unprecedented national consultation, in preparation for the Irish submission to the 2023 Universal Synod in Rome.

Each diocese was asked to submit a 10-page synthesis of their own consultation process, and many of these are already posted on diocesan websites.

In addition, there were more than two dozen submissions from various other groups and some individuals.

All this is part of the historic, global project of reform of the Catholic Church by Pope Francis with his vision of a “Synodal church”, characterised by honest and open speech, as well as deep listening. This listening is with a view to change.

Some of the implications and tensions involved in the transition to this new ecclesial paradigm are evident in this first phase of the Irish consultation.

People have been delighted to be asked their views, there is a sense of hope and energy, and many are calling for a continuation of this Synodal way of proceeding. There is a call for real change.

And yet, after years — centuries — of a different model of church, and real breaches of trust, it can seem almost too good to be true; there is a lot of scepticism, cynicism and apathy. Numbers were tiny, and the age demographic very high.

The open wound of abuse, clerical and institutional, and its poor handling by leaders, inevitably hung over the process. There were strong statements from some survivors who engaged generously.

It is clear that despite various efforts made at different levels, a reckoning still needs to be had. As Derek Scally discovered in his book on Irish Catholicism, there is a reluctance to have conversations, in the church and in wider society, around this topic.

Within the church it may be that the abuse issue is a helpful lens through which to view many other issues: attitudes towards power, the absence of women in governance, clericalism, sexual teaching.

It is clear in the submissions that an overwhelming majority want equality for women in the church (in particular at decision-making levels and in terms of ordained ministry) and an inclusive approach to the LGBTQI+ community.

This will inevitably raise questions around church teaching and its non-reception by the “sense of faith of the faithful”.

The consensus (conspiratio) between pastors and faithful, highlighted by Cardinal John Henry Newman as the mark of sound teaching, is lacking.

There was similar disquiet around the issue of divorced and remarried Catholics; again, it is clear that much church discourse on sexuality and gender is unpersuasive.

All this is part of a deeper sense of a gap between faith and life, and between the institutional church and the ambient culture.

And so there is much talk of more adequate adult faith formation; a liturgy with language that is less archaic and more inclusive; new ways to approach sacramental preparation; a co-responsible model of leadership that includes laity; the need to reconnect with young people; and the breakdown of the relationship between family, parish, school and wider society in our atomised and secularised culture.

There is a minority voice which dissents from the overall consensus and insists on adherence to more traditional ways.

This reminds us of the need to discern carefully the difference between simply following the prevailing culture in a superficial way, out of an almost desperate desire to be accepted, and being humble enough to realise that we get things wrong and (as Vatican II taught) we can learn from the world and culture about us.

Many of the submissions are self-critical in that they recognise not sufficient attention has been given to issues such as care of the Earth, the poor, inequality, homelessness, immigration, peace on our shared island.

There is an acknowledgment of the limited inclusion in the process of people on the margins, as well as the inadequate treatment of relationships with other churches and people of other faiths.

This can serve as a reminder that the Church has taken only the first step on a much longer journey. This journey will continue in the specifically Irish phase of the Synodal pathway over the next few years.

The chiming of the bell at Clonmacnoise will be gentle and invitational, not triumphalist. Nonetheless, we dare to hope that this church, on the way to reform and renewal, might be of service to all Irish citizens, believers or not, in our common task of building up a better world for our children and grandchildren.

We stand before You, Holy Spirit, as we gather together in Your name.
With You alone to guide us, make Yourself at home in our hearts;
Teach us the way we must go and how we are to pursue it.
We are weak and sinful; do not let us promote disorder.
Do not let ignorance lead us down the wrong path nor partiality influence our actions.
Let us find in You our unity so that we may journey together to eternal life and not stray from the way of truth and what is right.
All this we ask of You, who are at work in every place and time, in the communion of the Father and the Son, forever and ever. Amen.