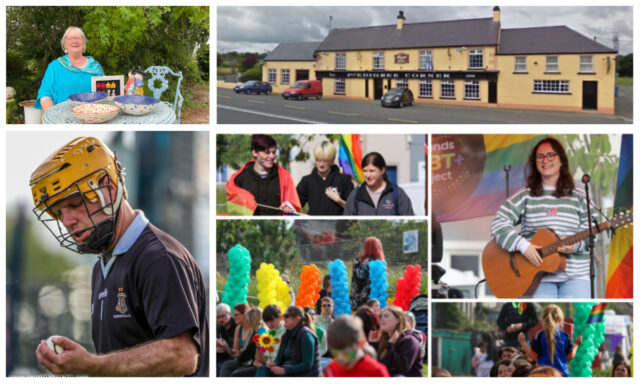 1 – In Pictures: Wonderful selection of images from Day 1 of the Ploughing

Over 91,000 spectators attended Day 1 of the National Ploughing Championships in Ratheniska last week.

It was like old times as thousands thronged to the hugely popular festival.

From politicians to sports stars, TV personalities to business leaders, the event attracts a real cross section of Irish society. 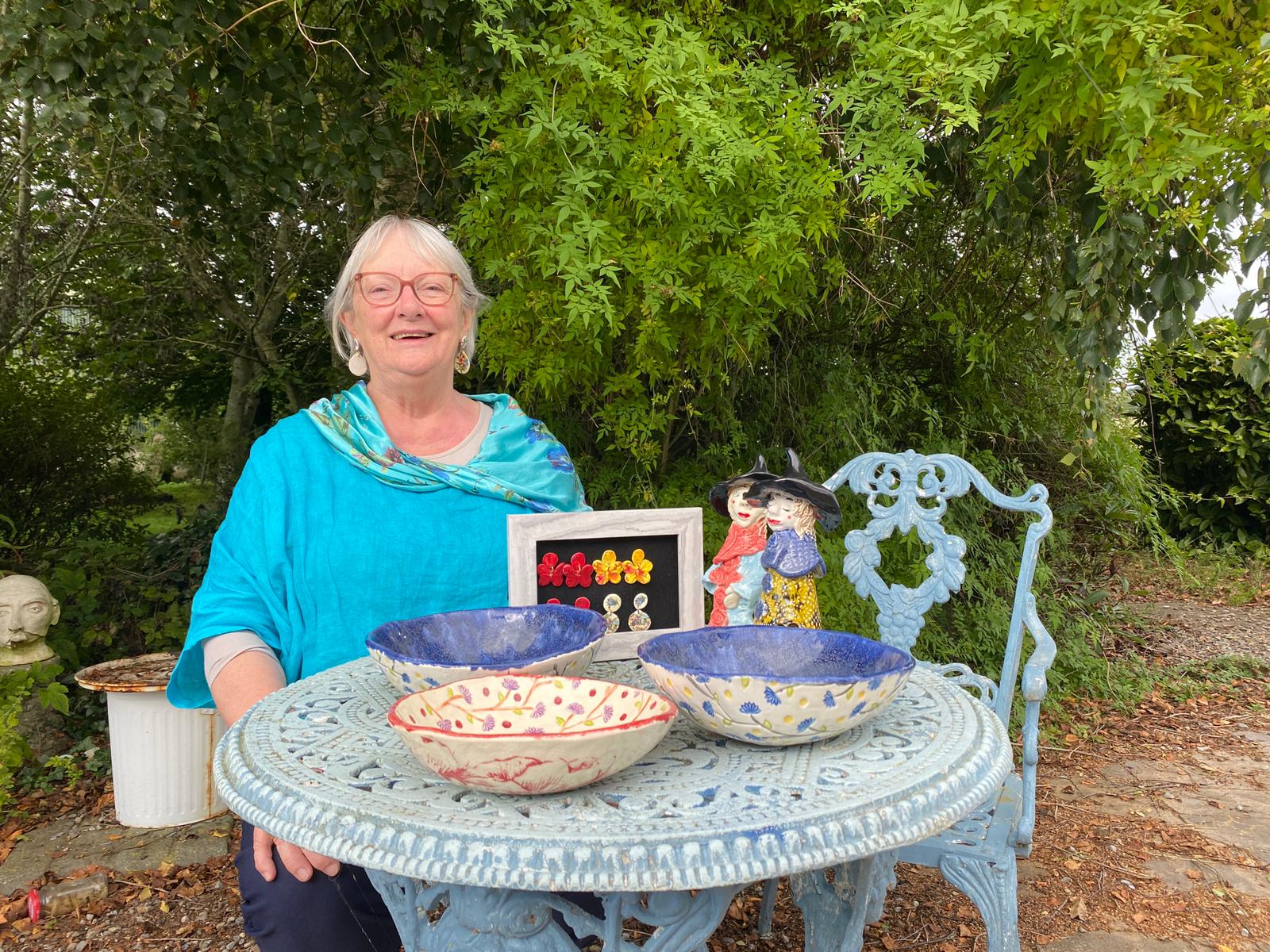 A former anaesthetist is injecting lots of creativity into her retirement.

Kate Ramsbottom from Ratheniska who worked at both Portlaoise and Tullamore hospitals, now crafts ceramic witches and jewellery and writes short stories and blogs.

There have been calls to remove a recently installed pedestrian crossing from a Laois town ‘before someone is seriously hurt’.

The offending pedestrian crossing is located in Stradbally opposite the library on the Timahoe Road. 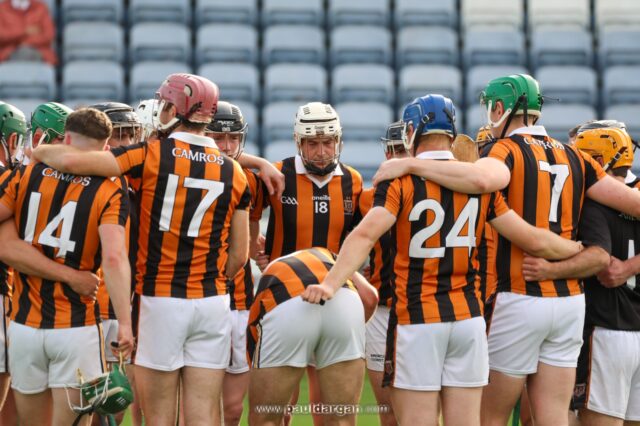 A last gasp save from keeper Tadhg Doran and a masterclass of scoring from Zane Keenan saw Camross back to the county final for the first time since 2018.

David Cuddy’s charges were the better team for much of the game and led by six points with ten minutes of normal time to play.

However, Rathdowney-Errill, led by substitutes Ross King and Mark Kavanagh, were back in it and were denied by Doran in dramatic fashion 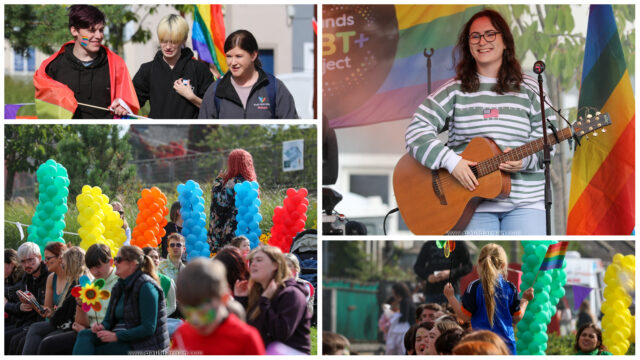 5 – In Pictures: Wonderful selection of images from Laois Pride parade in Portlaoise

The weather co-operated, the crowds turned out and there was a wonderful atmosphere in Portlaoiselast weekend for the first Laois Pride parade through the town.

Businesses on the main street in Portlaoise in particular had supported the event and as part of their sponsorship support they were given a window display of flags and bunting which showed their support for the local LGBT+ community. 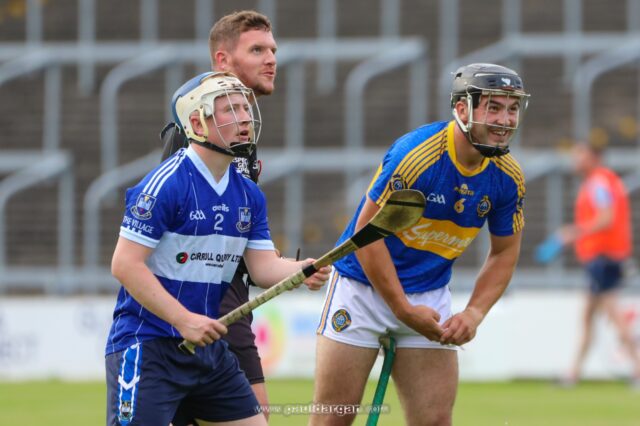 Stephen ‘Picky’ Maher was at his majestic best as Clough-Ballacolla navigated their way past Castletown to reach the Laois SHC final.

Declan Laffan’s charges were made to work hard to keep their bid for three in a row on track as David Cuddy’s side led at half time.

But in Stephen Maher, Clough-Ballacolla have a gem and he turned on the style in the second half to help get them over the line.

Laois County Council have been called upon to purchase an old convent and transform it into a co-working hub.

The issue of the old Presentation Convent on Main Street in Stradbally came before last Monday’s meeting of the Graiguecullen-Portarlington Municipal District.

Mountmellick are through to the Intermediate hurling final following a remarkable victory over Colt-Shanahoe this evening.

Damien Carter’s charged trailed by nine points towards the end of the first half but they never gave in as the defied all the odds. 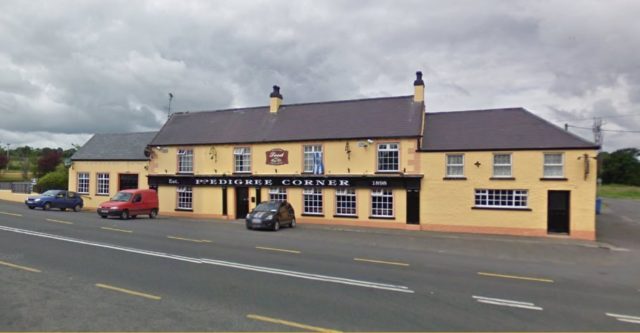 A call has been made for safety works to be carried out on a road near a well known Laois pub.

He called for Laois County Council to install additional signage and road markings on the N78 at Pedigree Corner near Ballylinan.

10 – In Pictures: A selection of great photos as Abbeyleix win Junior ‘A’ hurling title

The first adult hurling county final took place in O’Moore Park on Friday night as Abbeyleix claimed the Junior ‘A’ hurling title thanks to a deserved win over Park-Ratheniska/Timahoe.

Abbeyleix had narrowly lost this final a year ago to neighbours Ballypickas.

But they turned in a very assured display here to get the better of PRT by seven points, 1-16 to 0-12.