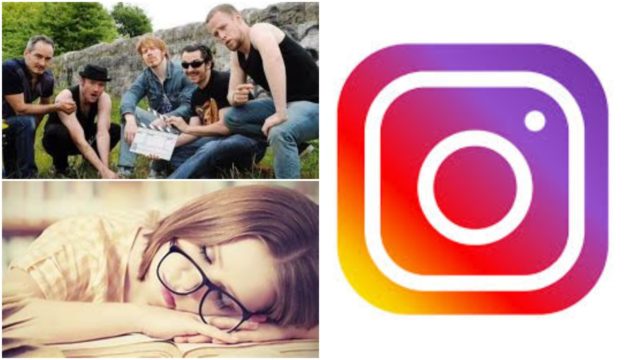 We’re back again with our Top Tweets of the Week from all around Laois.

Beyond excited here @ScoilChriostRi1 today as our girls became Leinster Junior A Cup champions to make the double after the Senior A win on Tuesday. Congrats to all involved – the girls & their mentors, parents and sponsors 🎉 @MartleysCoaches @PortlaoiseParis @LaoisLGFA @ceist1 pic.twitter.com/7GuEdlD8z9

Congratulations to Scoil Chríost Rí. They can’t be stopped.

If I react to your Instagram story-good, bad or indifferent- using the new emoji feature just know that I did not mean to do it. This has been a PSA.

We can vouch for this..

Hardy Bucks on Netflix is a God send #shkyboy

Still easing ourselves into 2019 with a good Netflix binge

So Laois’s punishment for breaking the training ban is not just to be a warm-up for Dublin’s footballers, but both their men’s and women’s footballers. Next season any team receiving a black card will be forced to serve drinks to Dublin fans during game. #GAA

….Controversial or food for thought?

@officialgaa going to charge €20 into a National League game? Are they gone cracked.. attendances dropping so they charge the ones that do go more… watch them drop further… an Organisation completely out of touch wit reality and the people

Nursing is one of if not the most selfless profession one could go in to. How sad that the kindest of us are also the most exploited. Pay student nurses for their work for gods sake and pay qualified nurses what they deserve. #StandWithNurses

At what age do you stop hiding behind the couch when someone rings the doorbell when your parents aren’t home, because I’m twenty years old and that’s just how I’ve (pathetically) spent the last five minutes

Give it another few years, it’s a daunting world.

The way my da speaks to foreigners on the phone is border line racist 😂😂 “hello wozzy, you have van fix for today”

Work placement so far: Haven't actually done anything relating to my course as of yet, BUT I have become very proficient in photocopying so swings and roundabouts I suppose

This doesn’t happen in LaoisToday

All the latest CCFL fixtures as season poised to resume