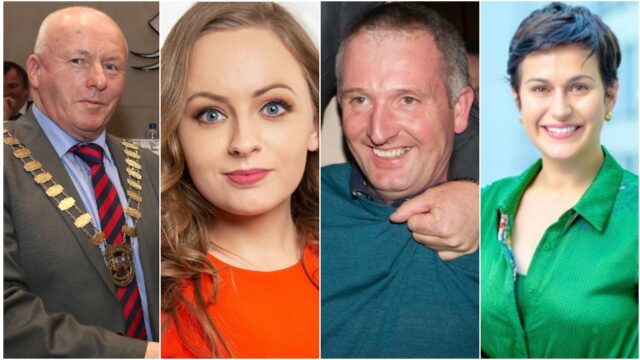 Fine Gael members in the Graiguecullen-Portarlington Municipal District will convene on Monday evening for a virtual convention to hear from the candidates in the race to fill the Laois County Council seat left vacant by the retirement of Tom Mulhall due to illness.

PJ Kelly from Belgrove near Ballybrittas and Vivienne Phelan from Stradbally will both address Monday’s meeting with members then issued with ballot papers which must be returned by post to Fine Gael HQ by April 10.

Counting of votes will take place on April 11 with the co-option to Laois County Council taking place on Monday, April 26.

The meeting will be chaired by Fine Gael’s Mayo-based MEP and former Rose of Tralee Maria Walsh.

When a County Council seat is vacated, it is filled by the party that won the seat, unlike at Dáil level when a by-election is needed.

Generally, the family of the departing politician have first refusal on the seat but in this instance the Mulhall family weren’t interested in taking on the role, so opening it up to a contest within the party.

PJ Kelly, who is secretary of the Ballybrittas-Emo-Vicarstown Fine Gael branch and chairman of the Graiguecullen-Portarlington district, is a long-standing ally of Tom Muhall and was his Director of Elections for his three successful council bids – in 2009, 2014 and 2019. He has also canvassed with a range of candidates for the party at General Election time for a long number of years.

He is married with a young family near his home place in Belgrove where he farms and has a long association with Courtwood GAA and has served in a number of official roles with the club.

He has been nominated by both his own branch and the Killeen branch, of which sitting councillor Aisling Moran is a member.

Vivienne Phelan, who contested the 2019 Local Elections where she won 542 first preference votes before being eliminated on the 6th count, has been nominated by Laois Young Fine Gael.

She is currently chairperson of the Laois-Offaly Fine Gael constituency and a former member of the Young Fine Gael national executive. As well as that she has been very prominent at the party’s General Election meetings in recent years and has nominated and spoke for Deputy Charlie Flanagan at conventions in 2017 and 2018.

She studied veterinary in UCD and has also studied Public Management with the Institute of Public Administration.

Former councillor James Daly from Timahoe initially expressed an interest in contesting, before withdrawing from the race last week.

Only members of the party in the Graiguecullen-Portarlington district have a vote in this contest though they are only two branches – Ballybrittas-Emo-Vicarstown and Killeen – plus Young Fine Gael members in the area.

Branches in Timahoe and Stradbally have ceased in recent years with some of their members moving to the other two branches.

In all it’s understood there are between 70 and 80 votes up for grabs.

Monday’s virtual convention, which is to be held on Zoom, will see both candidates given five minutes each to address the meeting. The person who nominates the candidate will have three minutes to speak while the seconder will have one minute.

The winning candidate will have three years in the role before the next Local Elections in 2024.