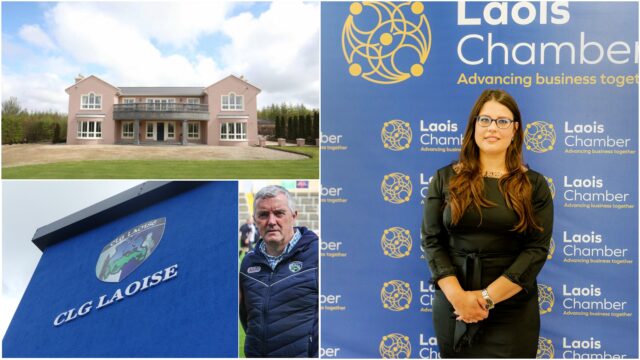 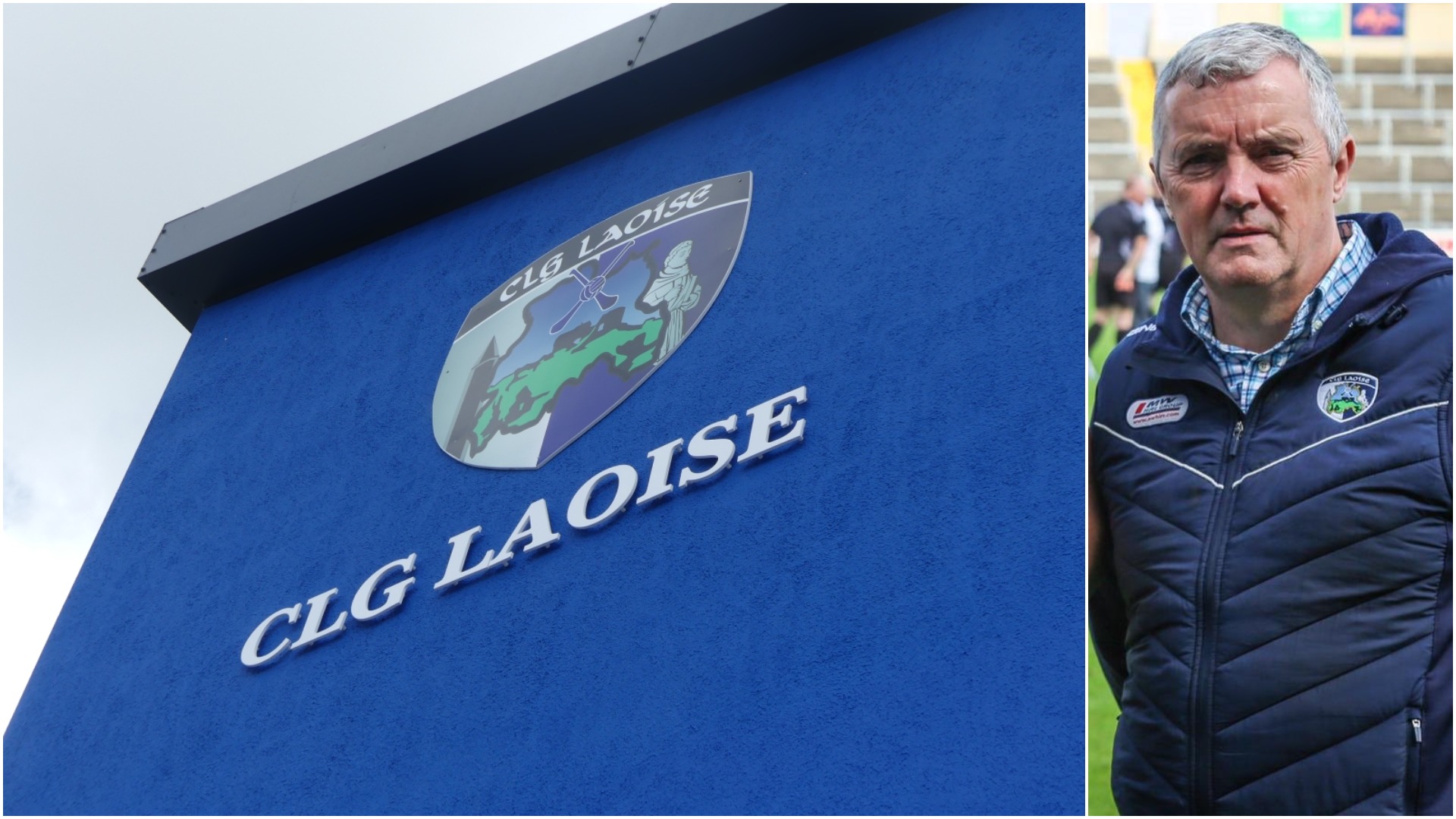 Laois football chairman Laurence Phelan has resigned from his role on Laois GAA County Board with immediate effect.

The Killeshin club man made the decision after not being included on the committee that will carry out an end-of-season review and bring forward suggestions as to how Laois GAA will appoint a new county senior football manager.

Phelan was in his fourth year as chairman of the Laois football committee, an appointed position that brought with it a place on the Laois GAA executive.

A man was arrested and charged with dangerous driving following a seemingly bizarre incident on Sunday afternoon.

The incident occurred between the Renault garage and the ESB on the Abbeyleix Road in Portlaoise around 2pm.

An eyewitness reports how a man, who Gardai subsequently confirmed was aged in his 30s, collided with ‘at least five cars’ before being arrested.

A Laois home sold for just over €1 million earlier this year as a sharp rise in residential property sales was recorded in the first six months of the year.

The home – at the Fairways on The Heritage resort in Killenard – went for €1,025,000, making it the first property in the county to ever break that €1 million barrier in the era of the Property Price Register. A handful of homes would have exceed that figure in the boom years.

The 4,500 square foot property was owned by Stephen Grant, the founder of Grant Engineering in Birr and was built in 2007.

It has its own 442 square foot ballroom and an entertainment balcony that has views of the second fairway on the Heritage golf course and all the way to the gardens in Emo Court.

In all there were 481 recorded residential sales in Laois from January to June, considerably the highest number of the past 11 years.

According to the Property Price Register, which has been recording the market since 2010, the first six months of this year show a 45% increase on the same period last year which was obviously considerably affected by the Coronavirus pandemic restrictions. 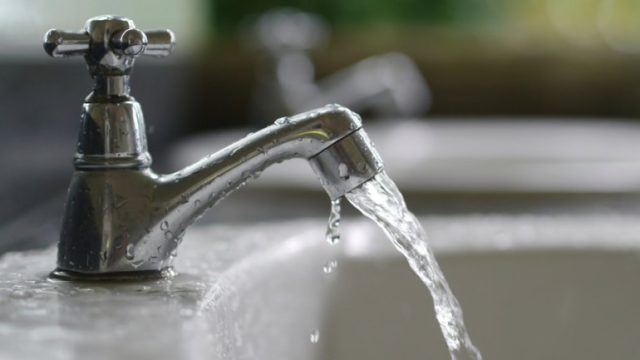 Thousands of Laois people are having their water supply impacted as new restrictions came into force from last Sunday night.

While the recent dry spell has been welcomed by most – Irish Water say it, and increased demand, have left reservoir levels in Portlaoise depleted.

The restrictions will be in place nightly from 10pm to 6am beginning on Sunday, July 18, until Sunday, July 25. 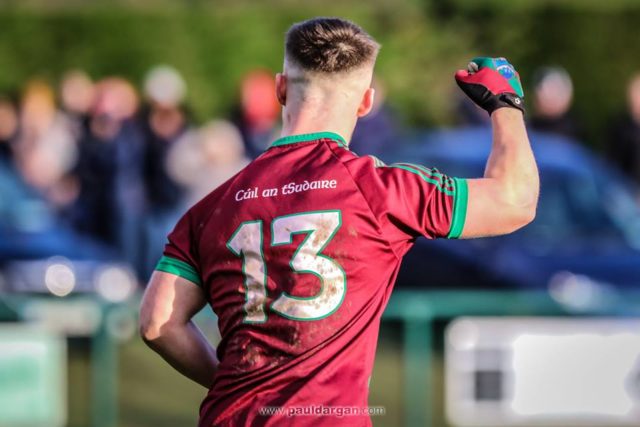 Portarlington marched into the Division 1A semi finals following a comprehensive 3-17 to 0-4 victory over neighbours O’Dempsey’s in the Old Pound on Tuesday evening.

Martin Murphy’s charges were dominant throughout and are hitting some great form ahead of next month’s 2020 championship semi final with Ballyfin.

Portarlington – who managed this victory without half of their Laois contingent as neither Sean Byrne nor Colm Murphy played – will now go forward to face St Joseph’s in the last four of this competition on Saturday. 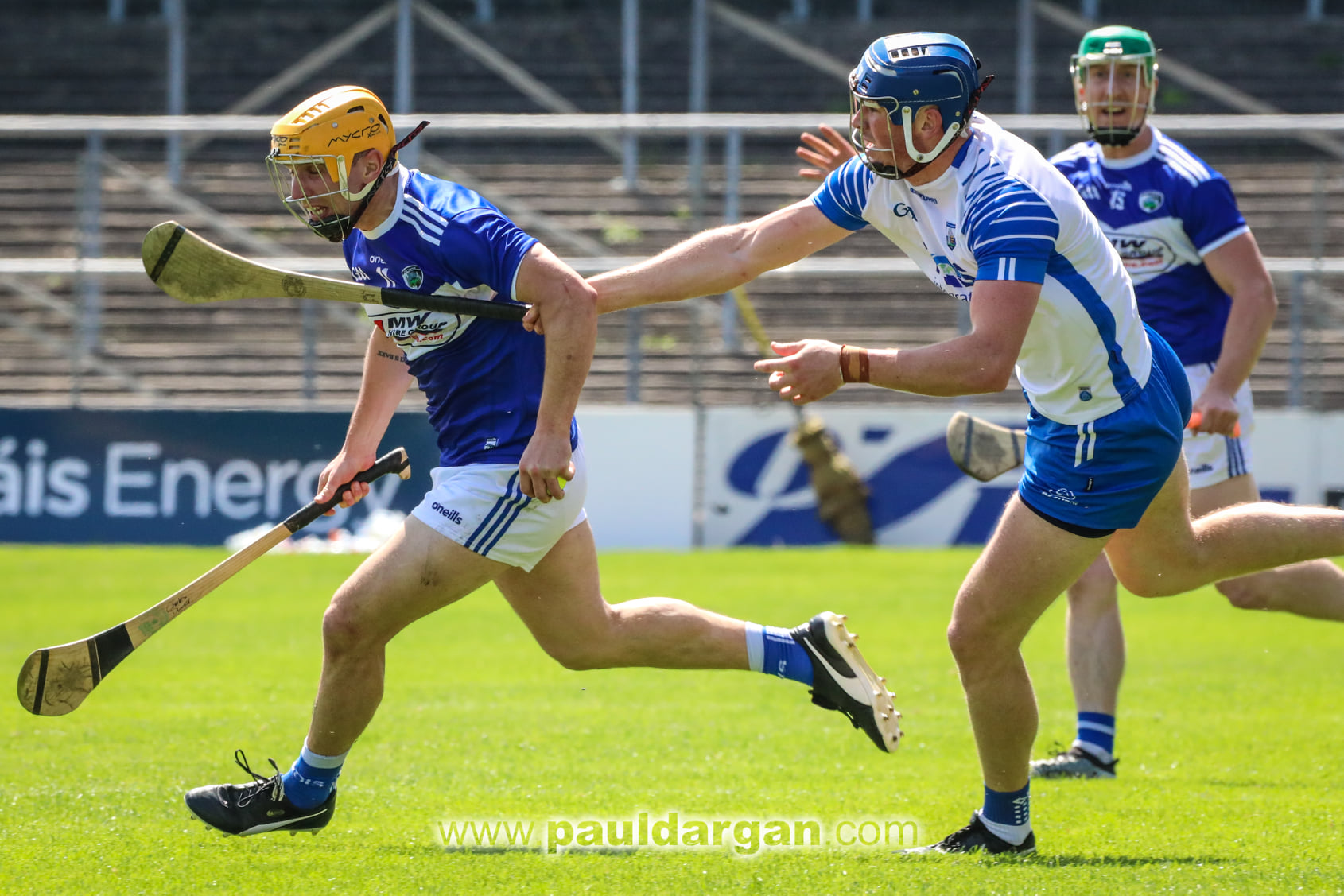 The 2021 championship campaign is over for the Laois hurlers – but only after they gave 2020 defeated All-Ireland finalists an almighty shock.

Laois were eight points down at half time but came back to lead by one as we entered the final ten minutes of normal time.

The game was right in the balance until a late Waterford goal settled it deep in injury time – but what a performance it was from Laois. 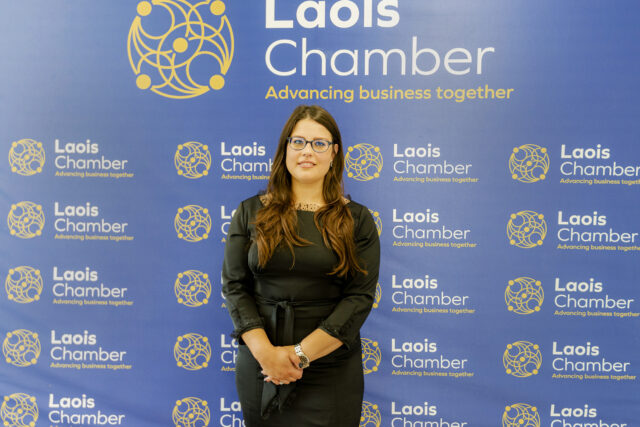 The new CEO of Laois Chamber of Commerce is Caroline Hofmann from Roscrea, a former special ministerial adviser at the Department of Finance.

At 27, Ms Hofman will be the youngest CEO of a Chamber in the country, and begins her role this week.

A graduate of Government and Public Policy from UCC, she also holds a Graduate Certificate in European Law and Policy from DCU.

She served as a special adviser at the Department of Finance, working alongside Minister of State Michael D’Arcy in the last government. Incidentally that ministerial position has since been filled by Laois TD Sean Fleming. 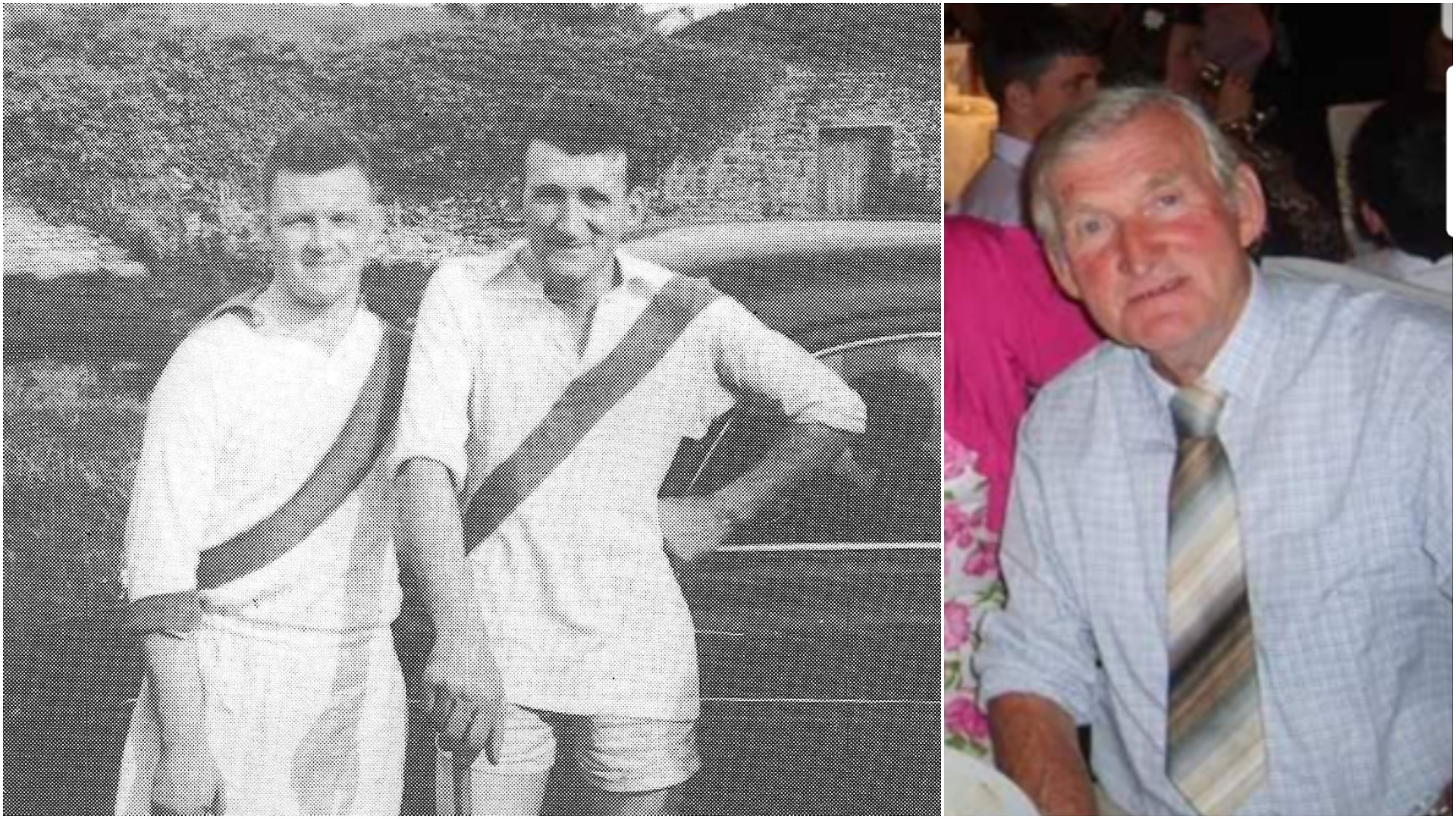 Tom ‘Nasser’ Lalor, one of the legendary figures of Portlaoise GAA club and a widely-loved character around the town, has passed away.

A native of St Brigid’s Place in Portlaoise and a plumber by trade, he was aged in his 80s.

Fondly known as ‘Nasser’ he was a hugely influential figure in Portlaoise GAA, particularly in hurling circles, and was manager when the club made their big breakthrough in 1981 by winning their first senior title in 38 years.

They would go on to win six Laois titles in the 1980s and come within minutes of Leinster glory in 1987. He was manager throughout that era.

The death has occurred of former Laois County Council and Midland Health Board chairman Marty Rohan from Ballinakill. He was aged 88.

Mr Rohan was a long-serving county councillor, first elected in the 1970s and he served right up until 2004.

He was a highly-respected local representative who remembered as both courteous and assertive and authoritative when needed. 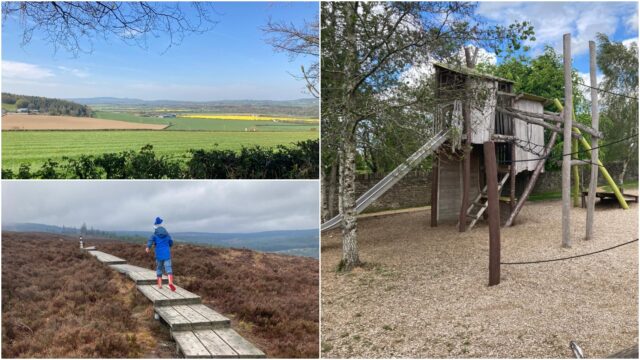 10 – #LoveLaois: A selection of some of our favourite spots around the county

Over the past year, the LaoisToday team has driven the #LoveLaois concept, a way of celebrating the best and most beautiful spots our county has to offer.

In recent months we’ve visited various locations around Laois and documented what they have to offer, how to get there and what you need to know to enjoy them.

It’s not an exhaustive list and there’s as many places that we haven’t got to as we have. We’ve also steered away from some of the higher-profile ones like Emo Court, Glenbarrow and the Rock of Dunamaise.

It hasn’t been all scenic/tourism areas that we’ve visited. The lovely playground in the charming village of Coolrain, the new Eco Garden Centre in Portarlington and Glamping under the Stars near Ballyroan have also featured.