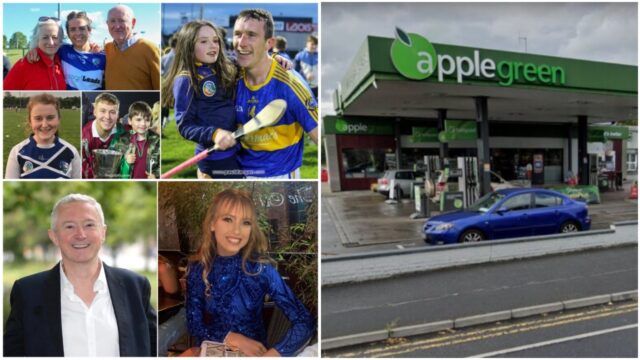 Laois County Council’s inability to spend the majority of a record allocation of grant money from the government has been labelled ‘an absolute and utter disgrace’.

Sinn Fein Councillor Caroline Dwane-Stanley hit out after it was confirmed that €600,000 of a €1 million grant was being sent back.

Among them was 20-year-old Portarlington singer Aoife Coady who was one of the final ones to audition on the day.

A total of 18 clubs were represented among the winners – with Portarlington’s three topping the pile.

Laura Devoy and Ciara Brennan both received them in Mary I where they are studying Primary Teaching.

Four Laois companies have received nominations in a range of different categories for the Generation Apprenticeship Employer of the Year 2021 awards.

71 nominees have been selected in three categories – all stand out companies for their resilience, innovation and commitment to their apprentices.

The pace at which a huge plan to upgrade a significant portion of Portlaoise is being carried out at has come in for fierce criticism.

Works are currently underway to bring a brand new pedestrian crossing as well as footpath and roadway upgrades as part of a €680,000 plan known as Fort Protector Phase 2 works.

Works at Railway Street, Church Street and Tower Hill began in October and it was hoped they would be finished by early 2022 – but that is not the case.

The RTE TV cameras will be back in O’Moore Park next weekend as Clough-Ballacolla have been chosen for coverage once again.

They were in Portlaoise last Saturday evening where Clough-Ballacolla made history with their first ever Leinster win – and they’ll be back next Saturday for the semi final against Kilmacud Crokes.

The largest prize in Irish Lotto history remains up for grabs on Saturday night after Wednesday’s historic €19.06 million draw continued to roll without a winner.

As Wednesday night’s jackpot was capped, this meant that the funds that would usually be added to the jackpot were instead distributed to the next prize tier at which there was a winner.

The prize boost resulted in 26 players in 13 counties all over Ireland winning the cool sum of €29,345 each in the midweek draw.

One of those winners purchased their ticket at the Applegreen service station on the Dublin Road adjacent to Portlaoise Hospital.

All 15 of their team that started their quarter-final, semi-final and final are nominated among the 45 shortlisted.

Portlaoise lead the chasing pack with seven nominations while Emo are next with four, Graiguecullen have three and Ballyroan-Abbey, Courtwood, St Joseph’s and O’Dempsey’s have two each.

Former Laois U-20 boss Billy O’Loughlin from Arles-Killeen has been appointed as the new Longford senior football manager.

O’Loughlin, who guided Laois to the 2019 Leinster U-20 final and was in charge of Sarsfields in Kildare in 2020, was announced by Longford GAA this week.