The summer sun shone brightly in Timahoe last Tuesday as Scoil Mhuire Fatima became the first school in Laois to raise a Gaelbhratach.

A Gaelbhratach is a flag to signify special achievement in the Irish language. This scheme is run by Gael Linn and Foras na Gaeilge.

There was ceol, craic, ice-cream, face painting, green jerseys and Gaeilge go leor in what was a great celebration at the school.

The proceedings began with a few words from Principal, Ann Bergin who thanked all the children and staff for their efforts in promoting and using the Irish Language.

She said that they “stood on the shoulders of people who had put in such great work with Gaeilge over the years at the school”.

She said: “Le chéile we celebrate the awarding of the Gaelbhratach, because this honour for us is the result of working le chéile to enjoy, promote and use Gaeilge i rith an lae trasna na scoile ó Naíonáin go rang 6”.

The Coiste Gaelbhratach (committee) then introduced themselves and outlined all the hard work they had being doing over the two year assessment period, all as Gaeilge.

The level of competency shown by these students was a testament to all the work going on in the school and the pride from the on-looking parents was very evident.

Special thanks was given to teacher Anne Matthews who was the coordinator and driving force of the initiative and Louise Kenny who also gave great help.

The flag was then raised to rapturous applause by two students -Aoife Fitzpatrick (5th class) and Jack Bergin (Junior Infants). The final act of this part of the celebration was for all present to join together in the singing of Amhrán na bhFiann.

The ceiliúradh (celebration) then moved to the community hall where the children, parents and special guests were treated to an incredible performance by the Army Band. This was a real highlight of the day and was enjoyed by young and old.

It was most impressive and a great surprise that the band played music so familiar to the children like Star Wars, the Simpsons, Havana, Harry Potter, Can’t Stop the Feeling, Despacito, the Shape of You and the list goes on.

Ireland’s Call nearly lifted the roof off the house. It was a good learning experience also as the conductor explained the three families of instruments to the audience and talked about each instrument and how it worked. Each musician then gave a mini performance on each instrument.

The final part of the celebration saw the arrival of an ice-cream van to the school to treat the children to some uachtar reoite.

It marked the end of a great celebration and another memorable experience for the children of Timahoe NS. 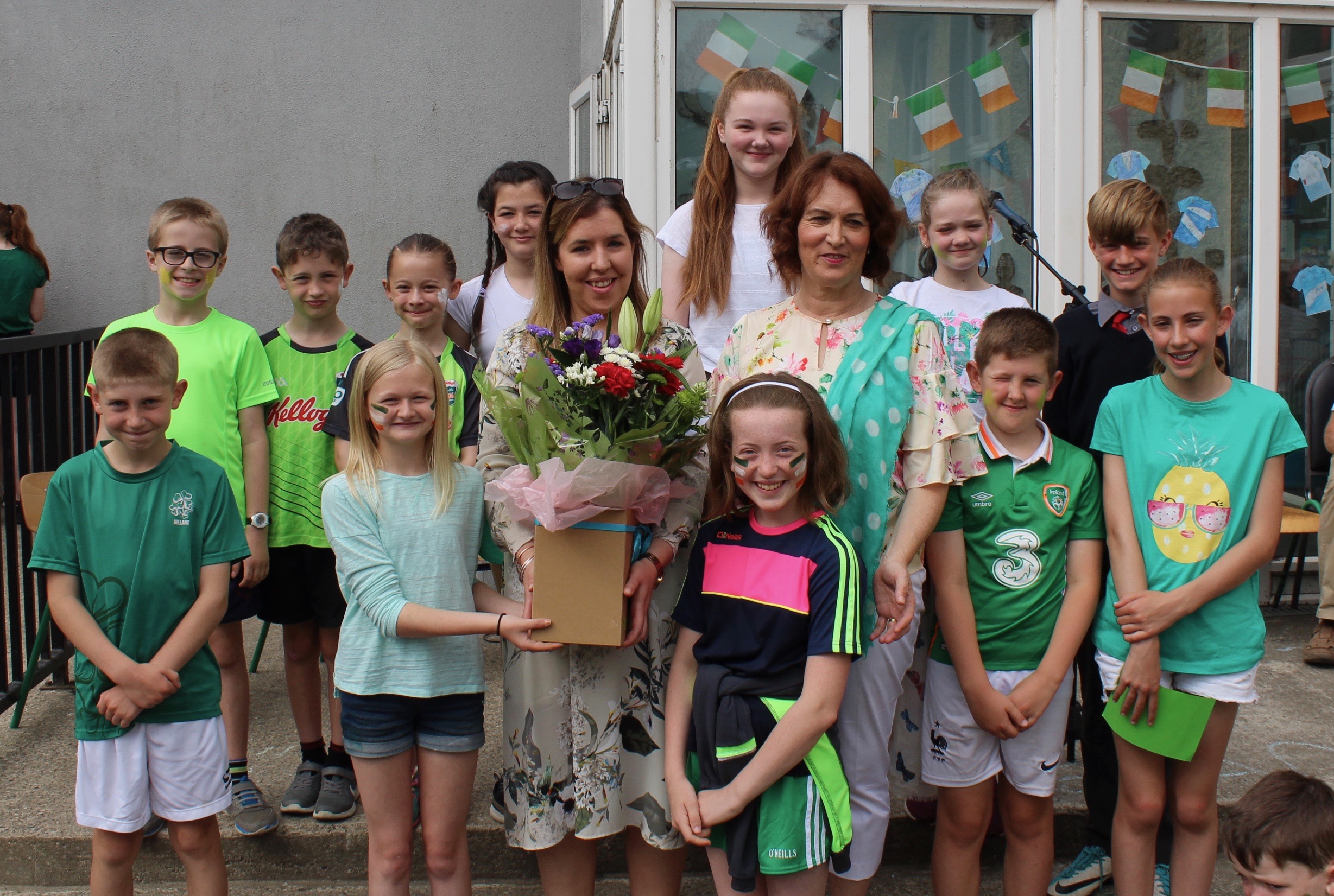 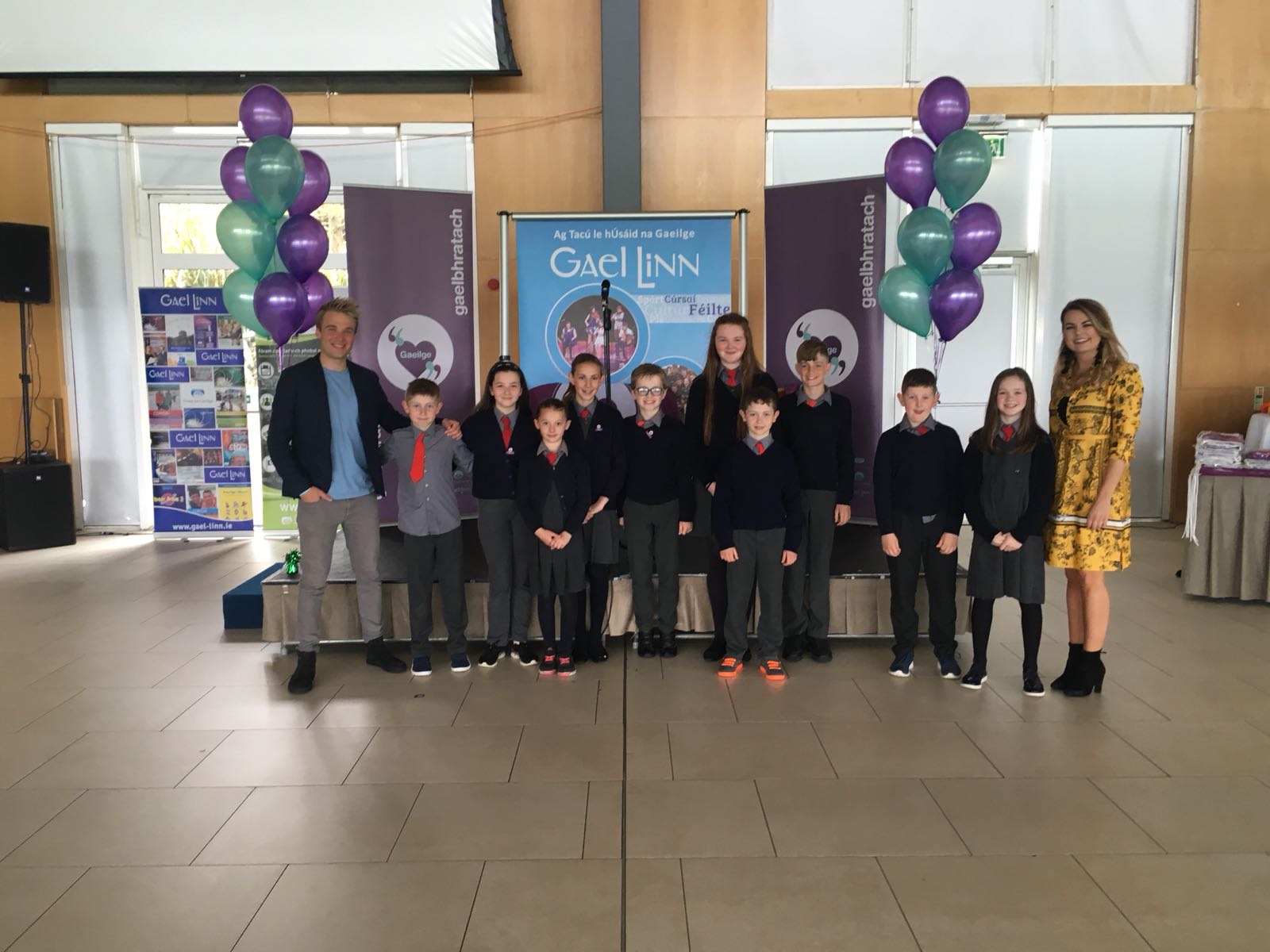 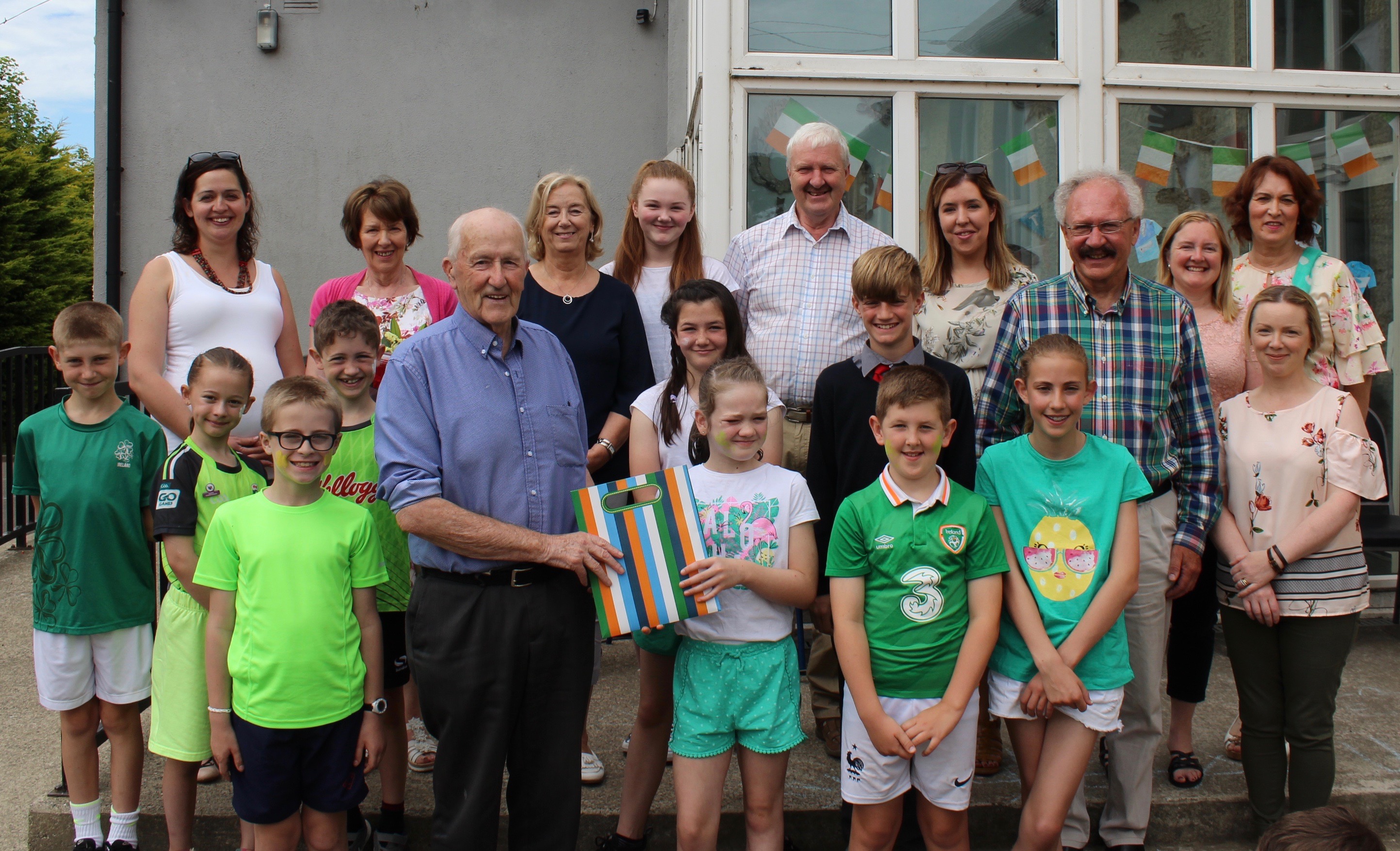 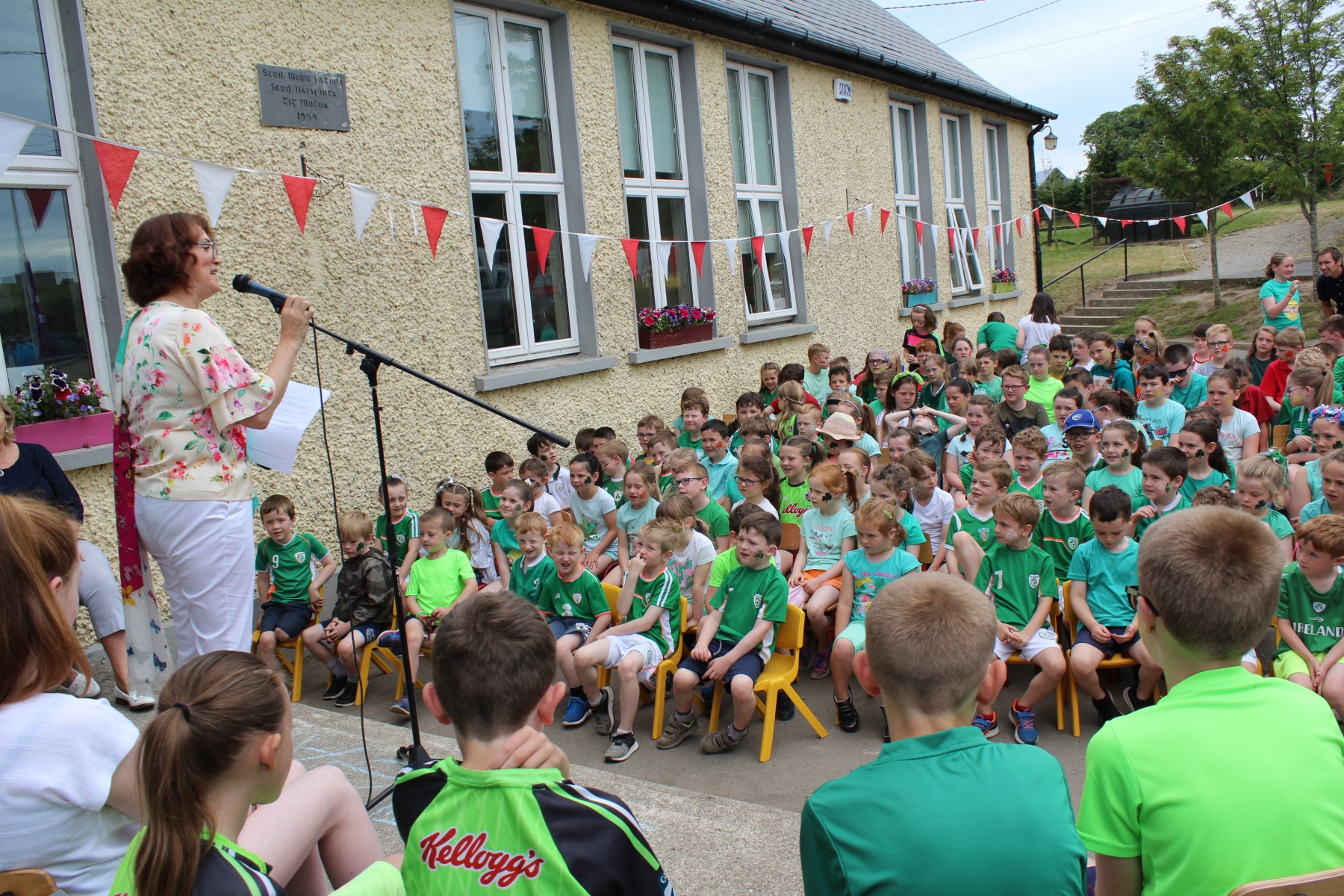 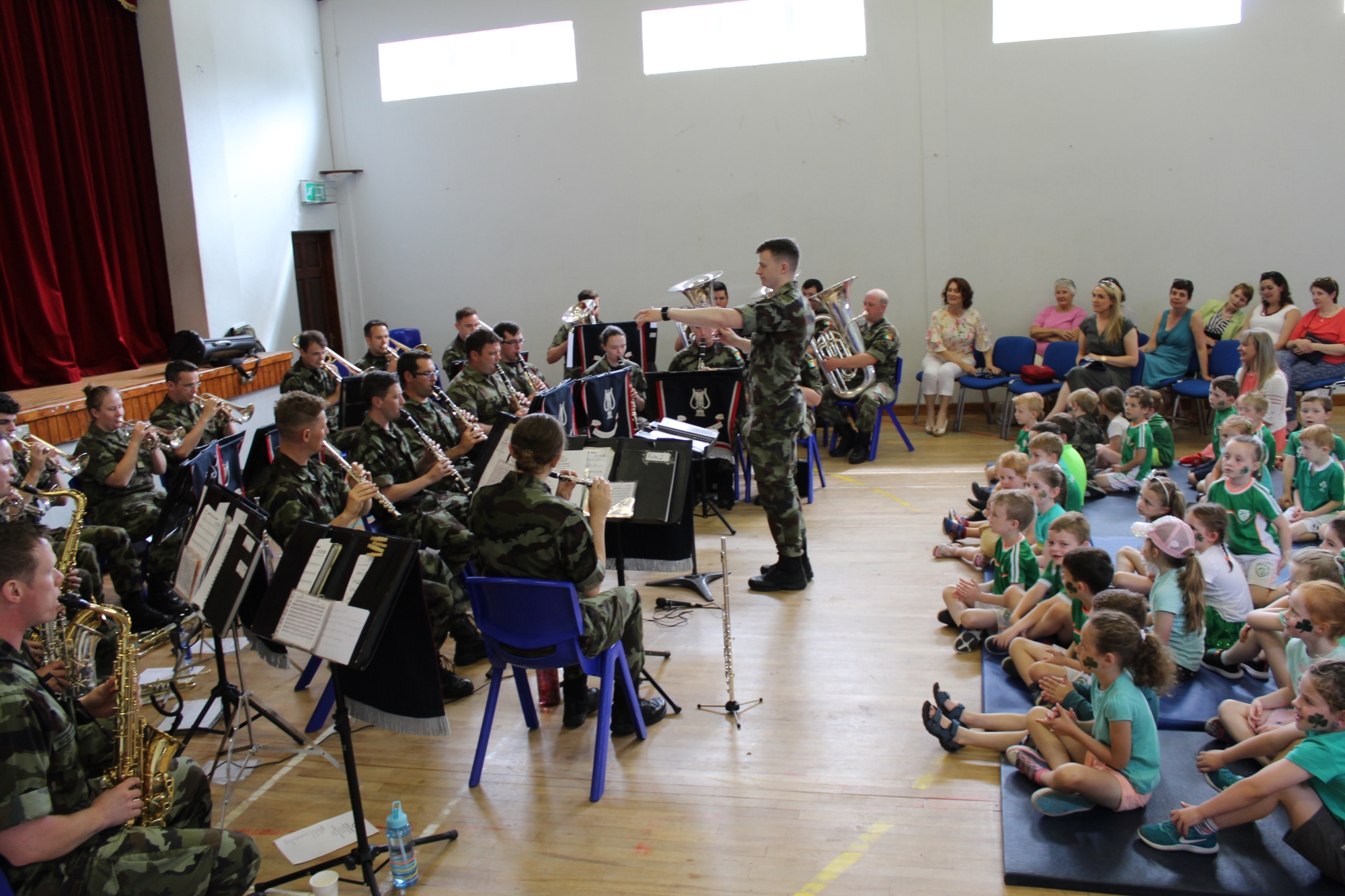 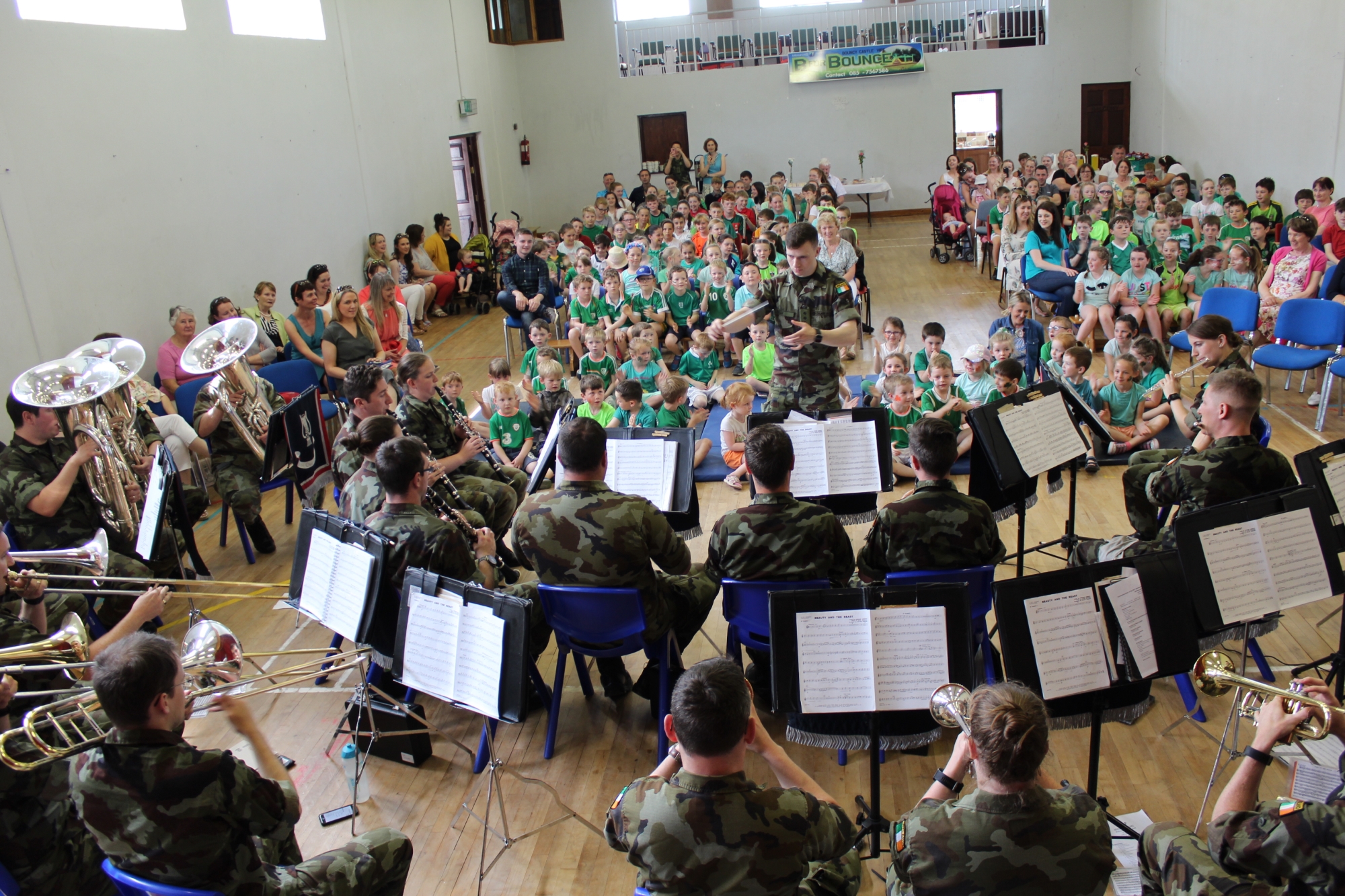 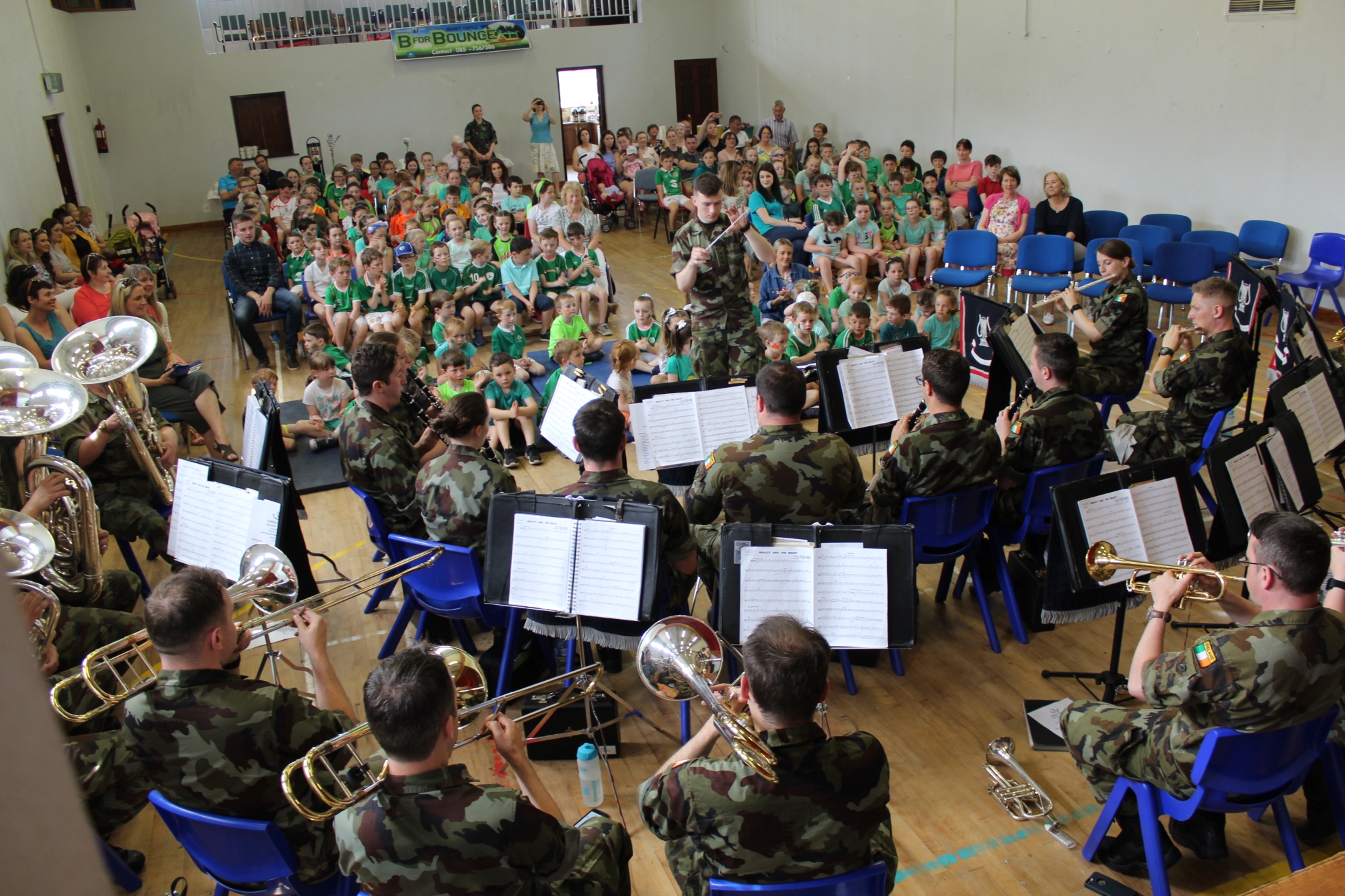 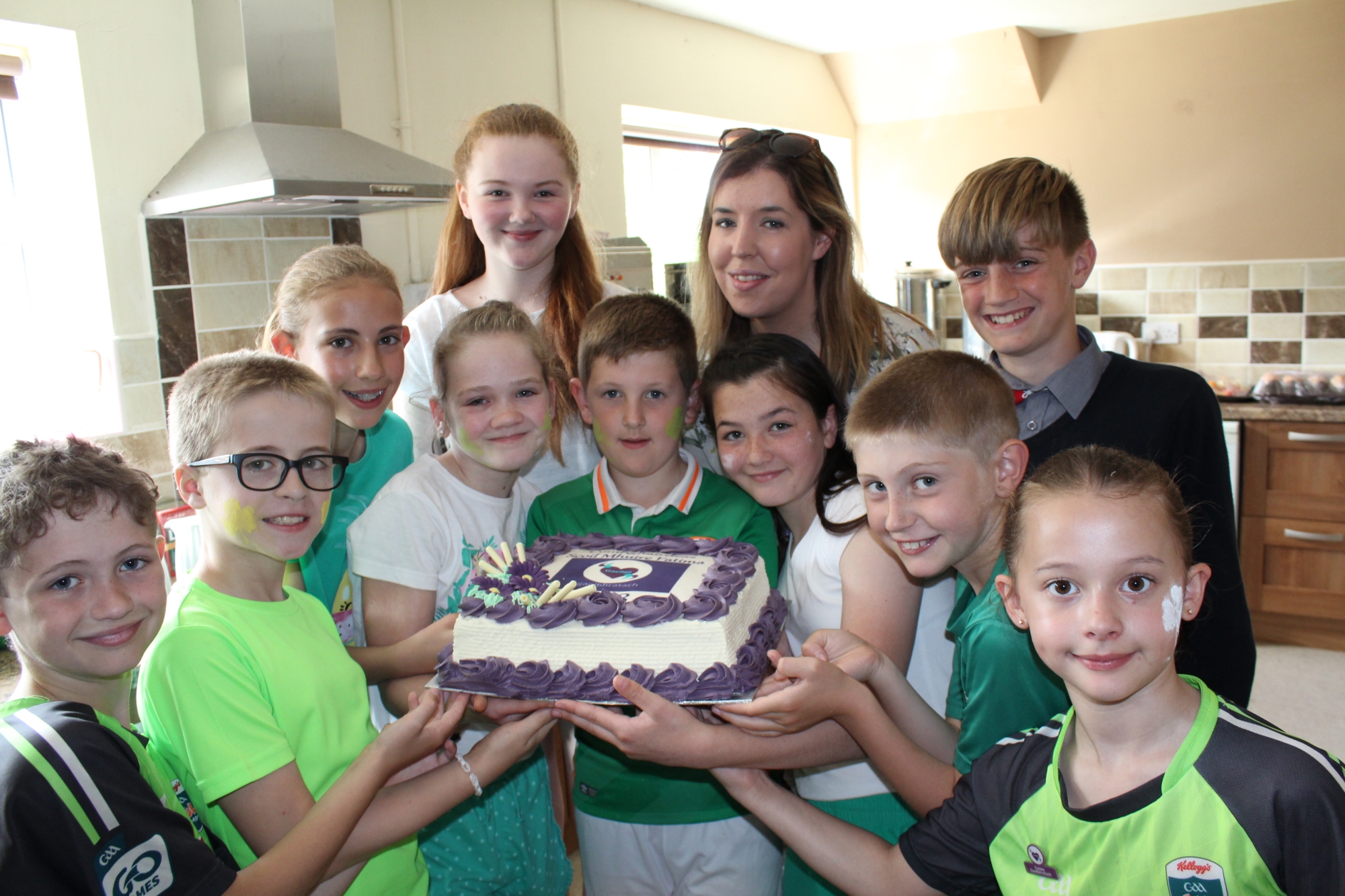 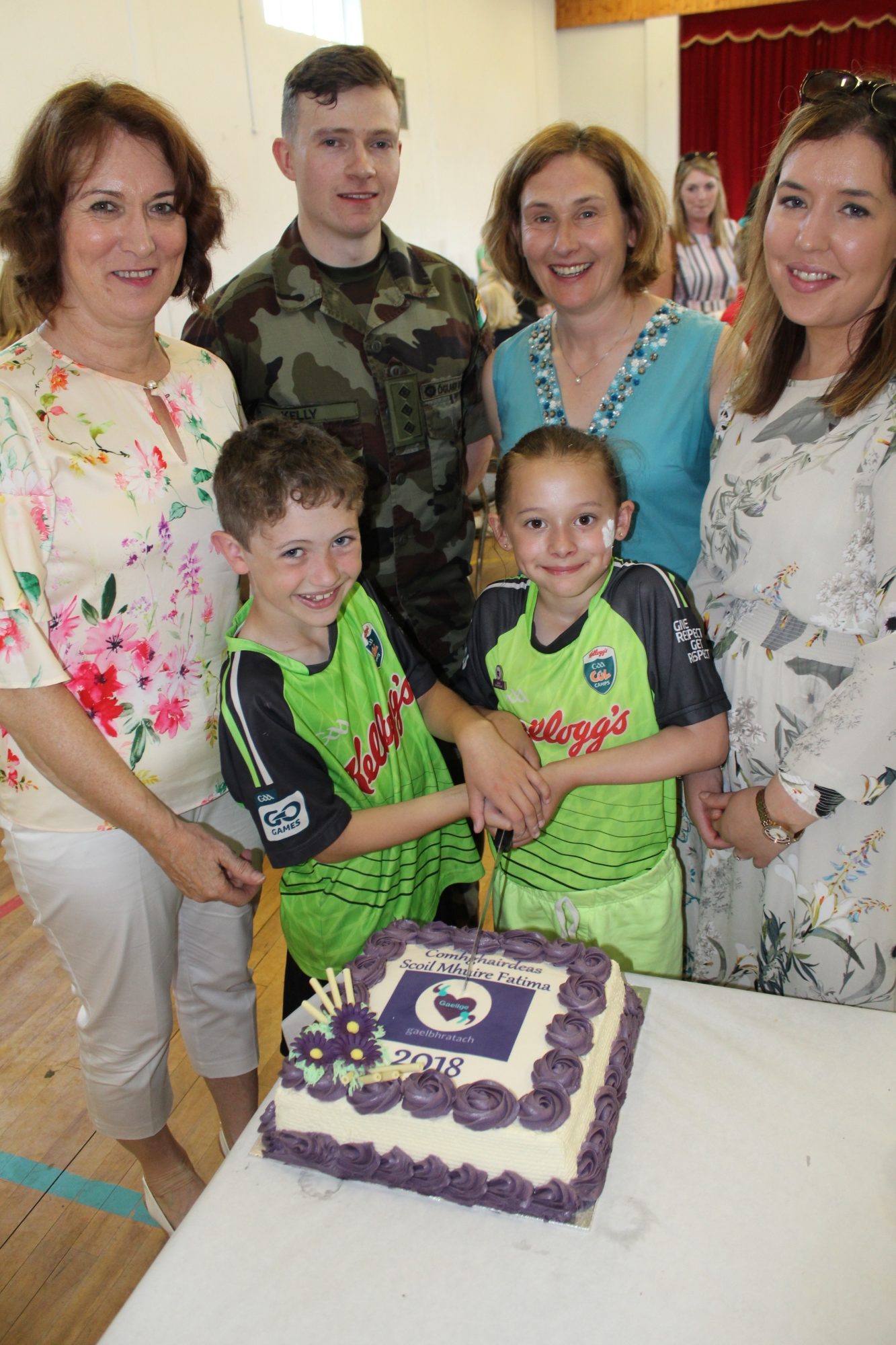 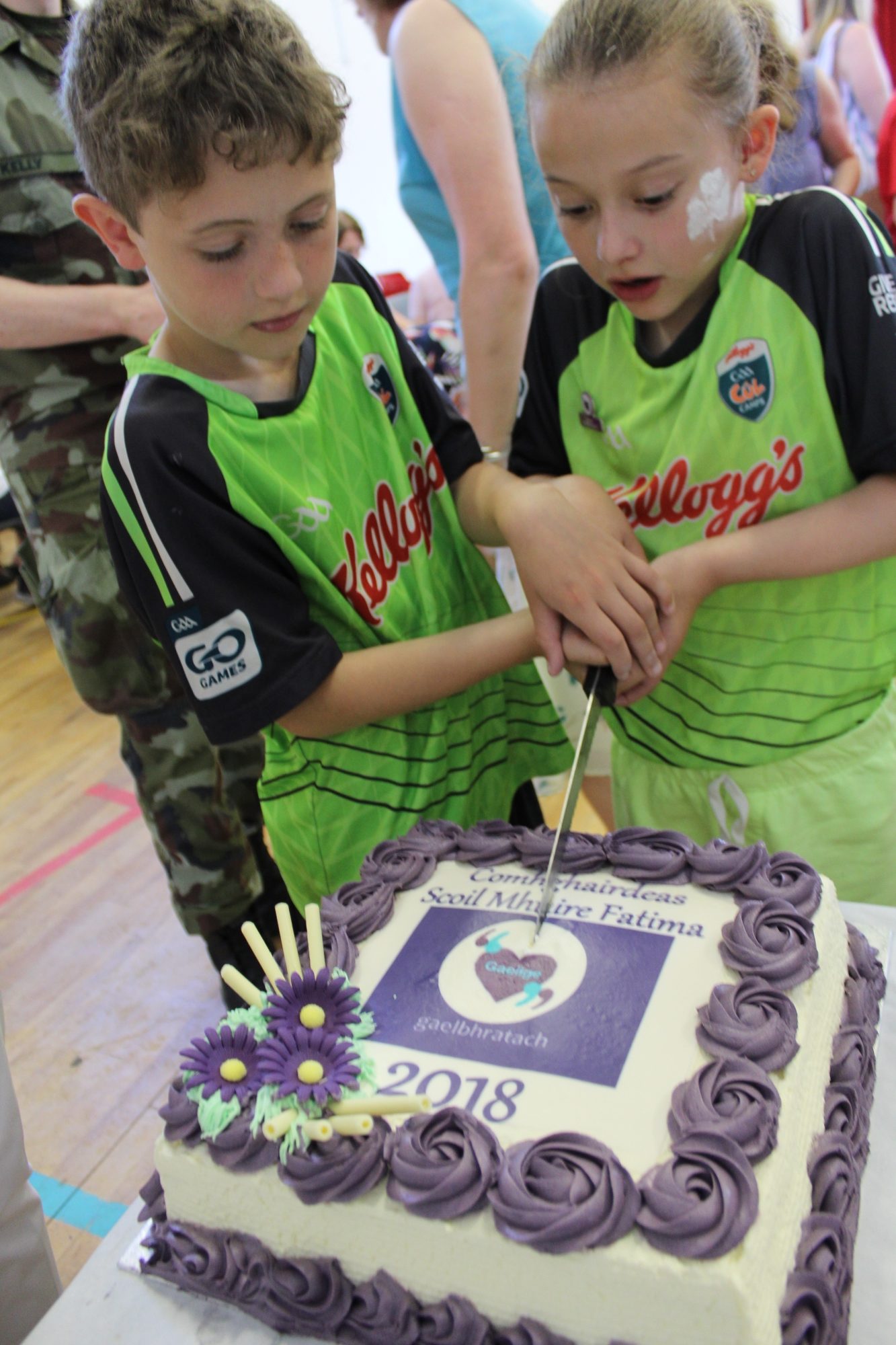 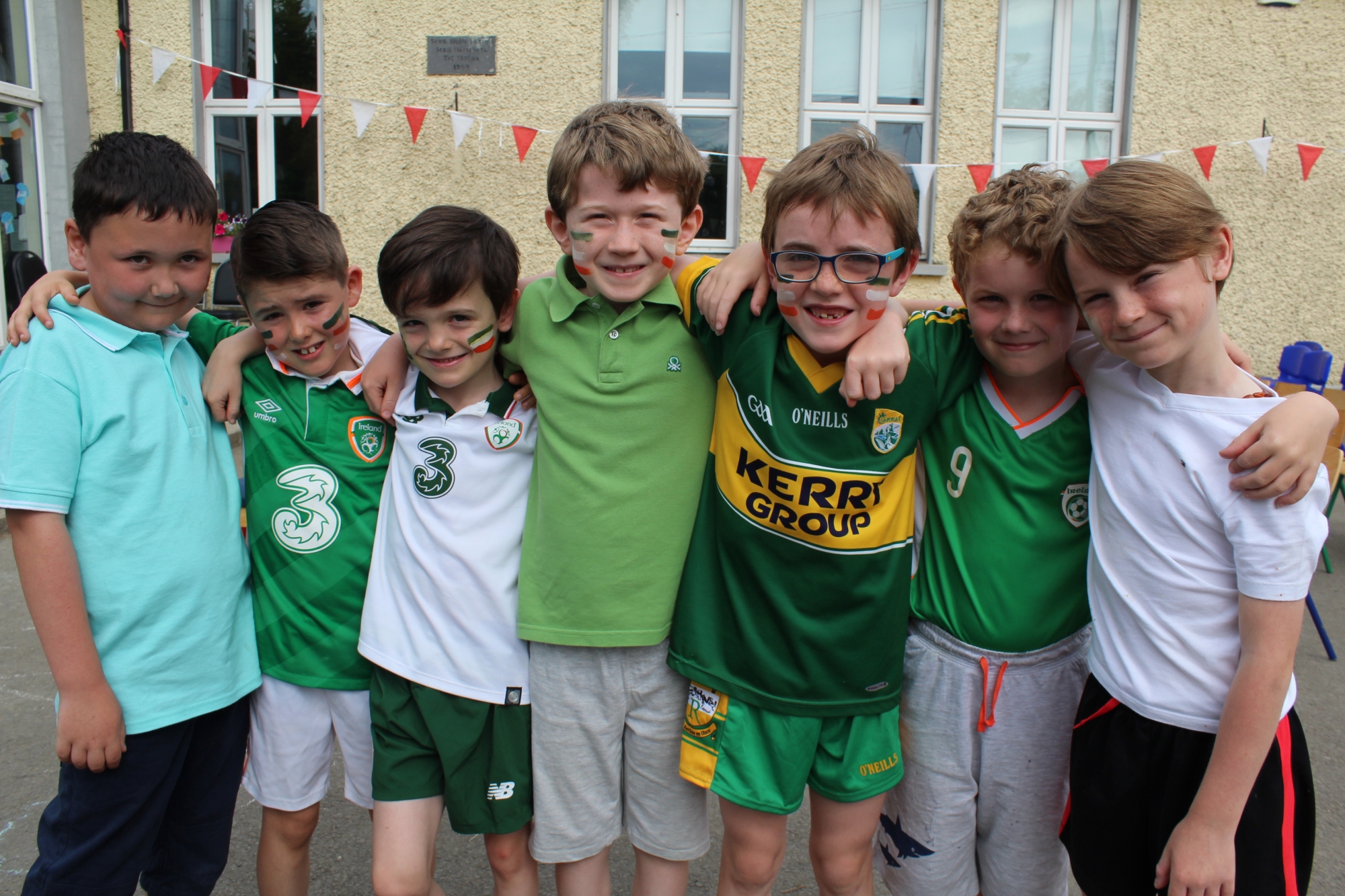 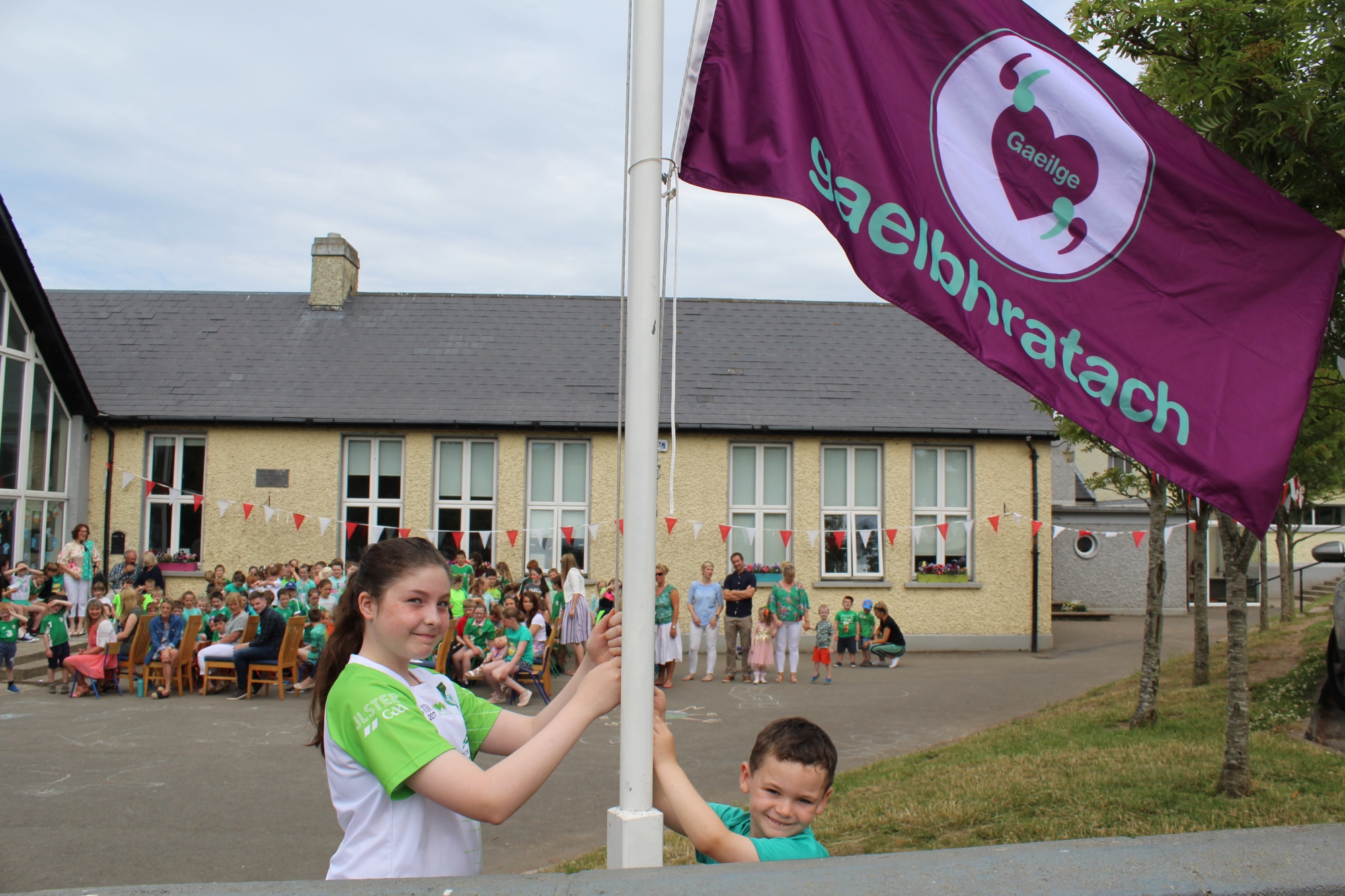 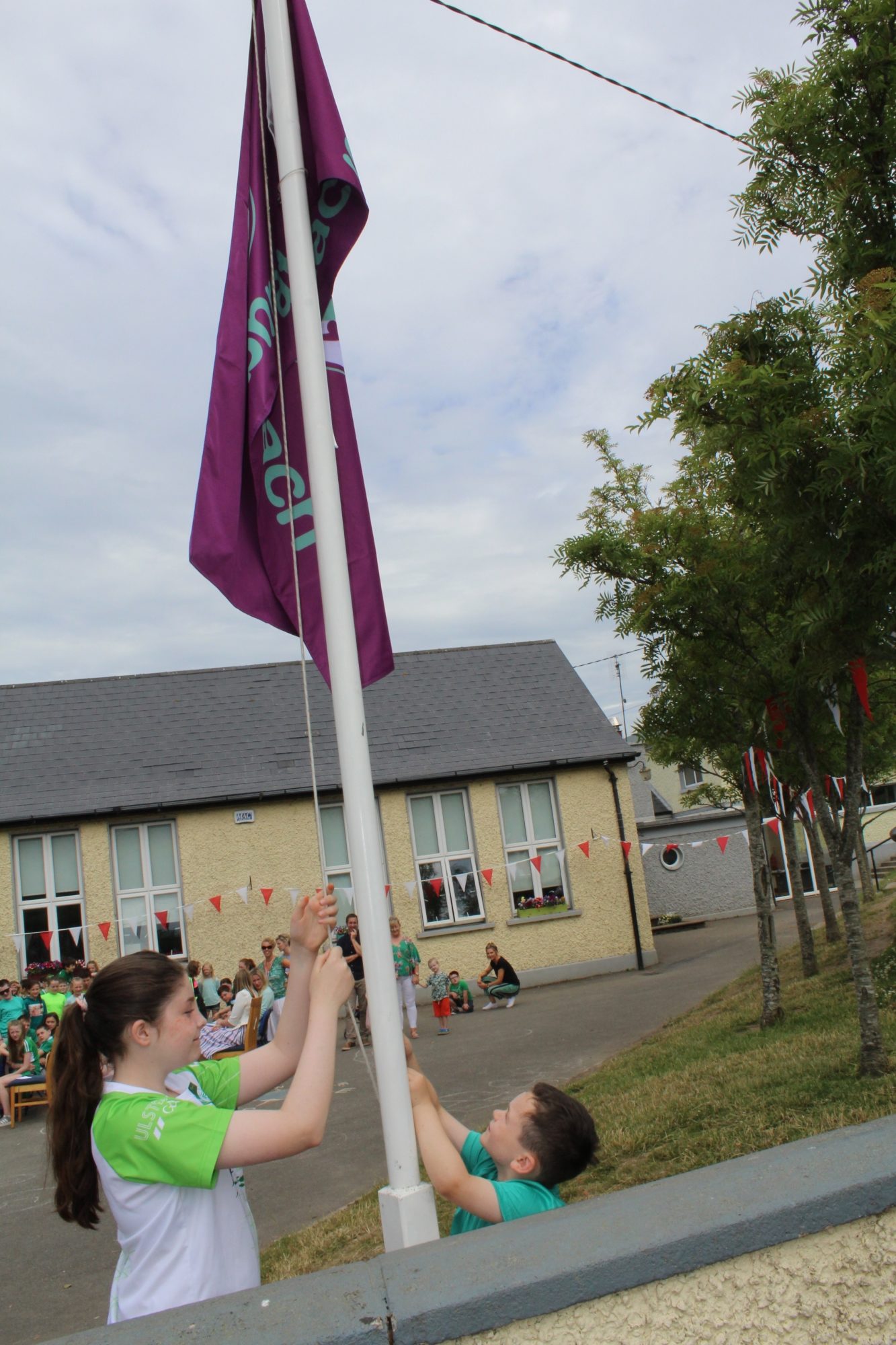 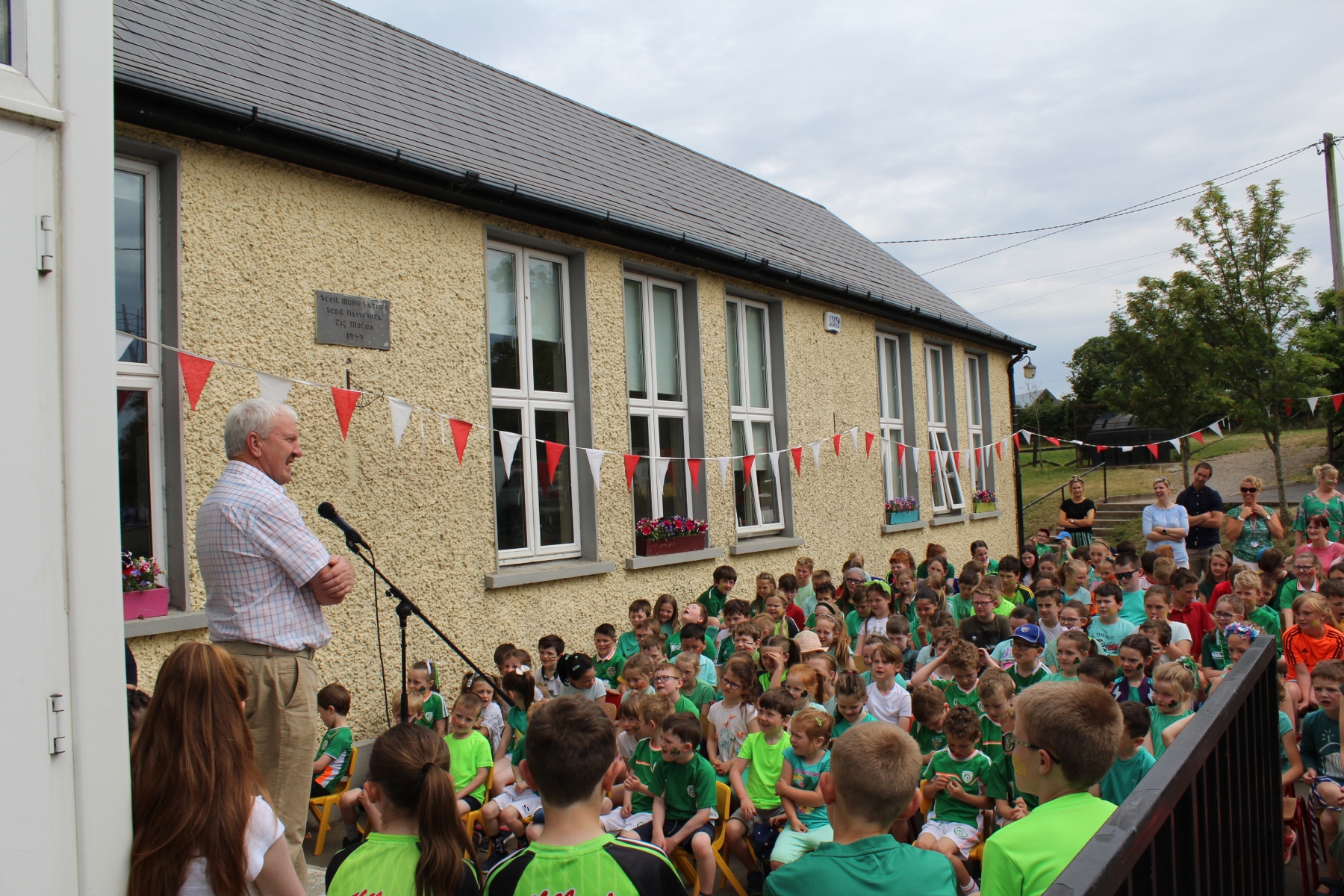 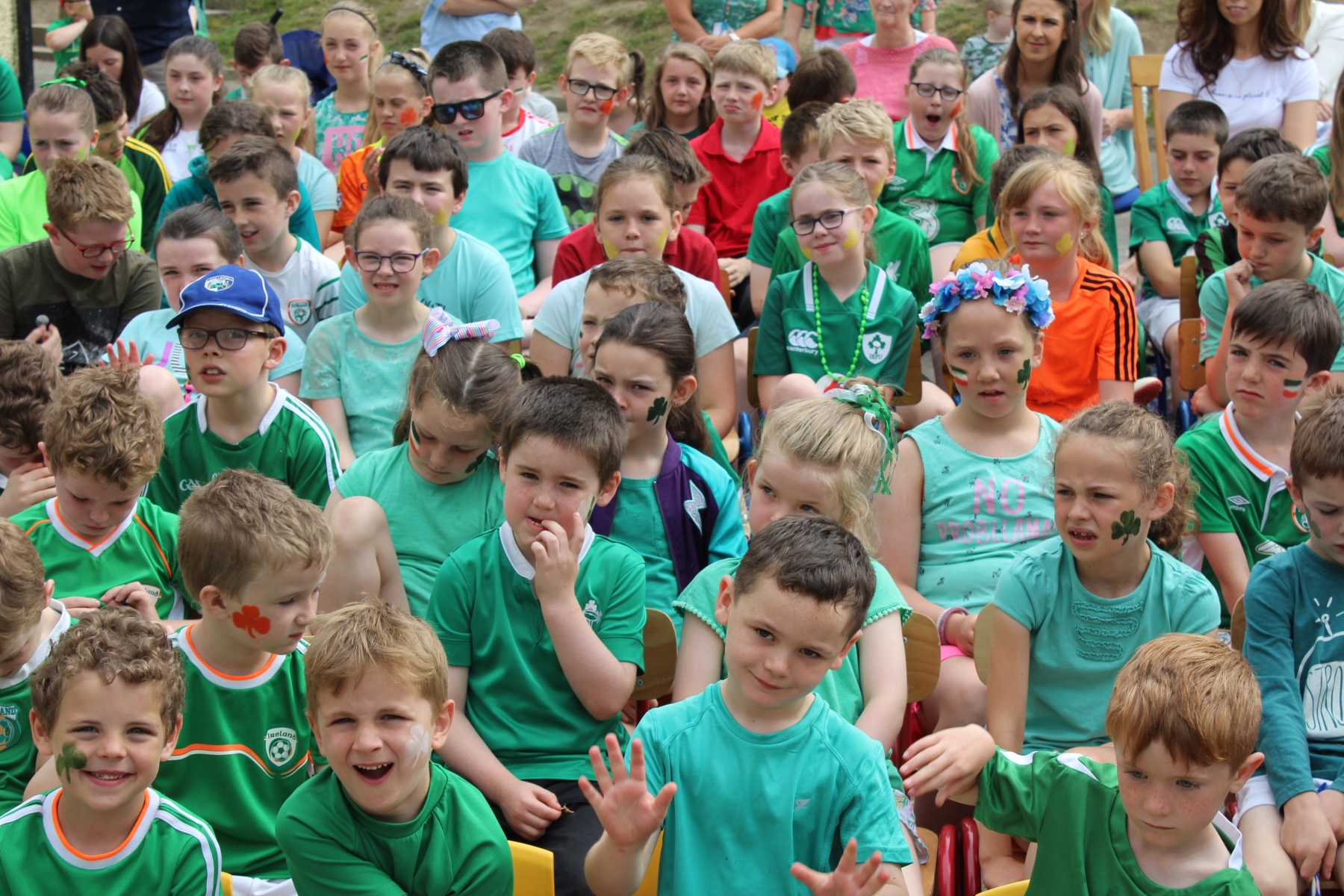 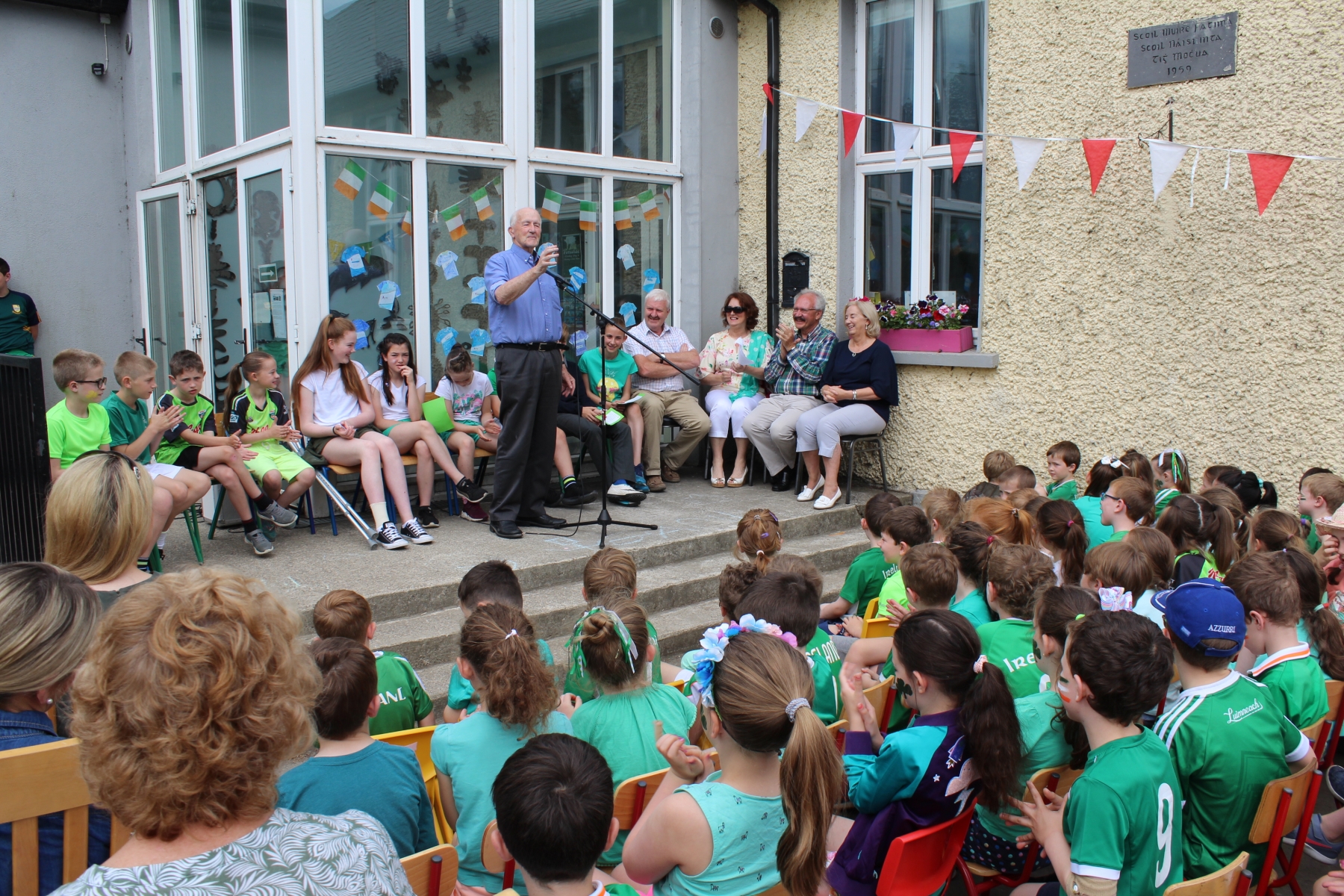 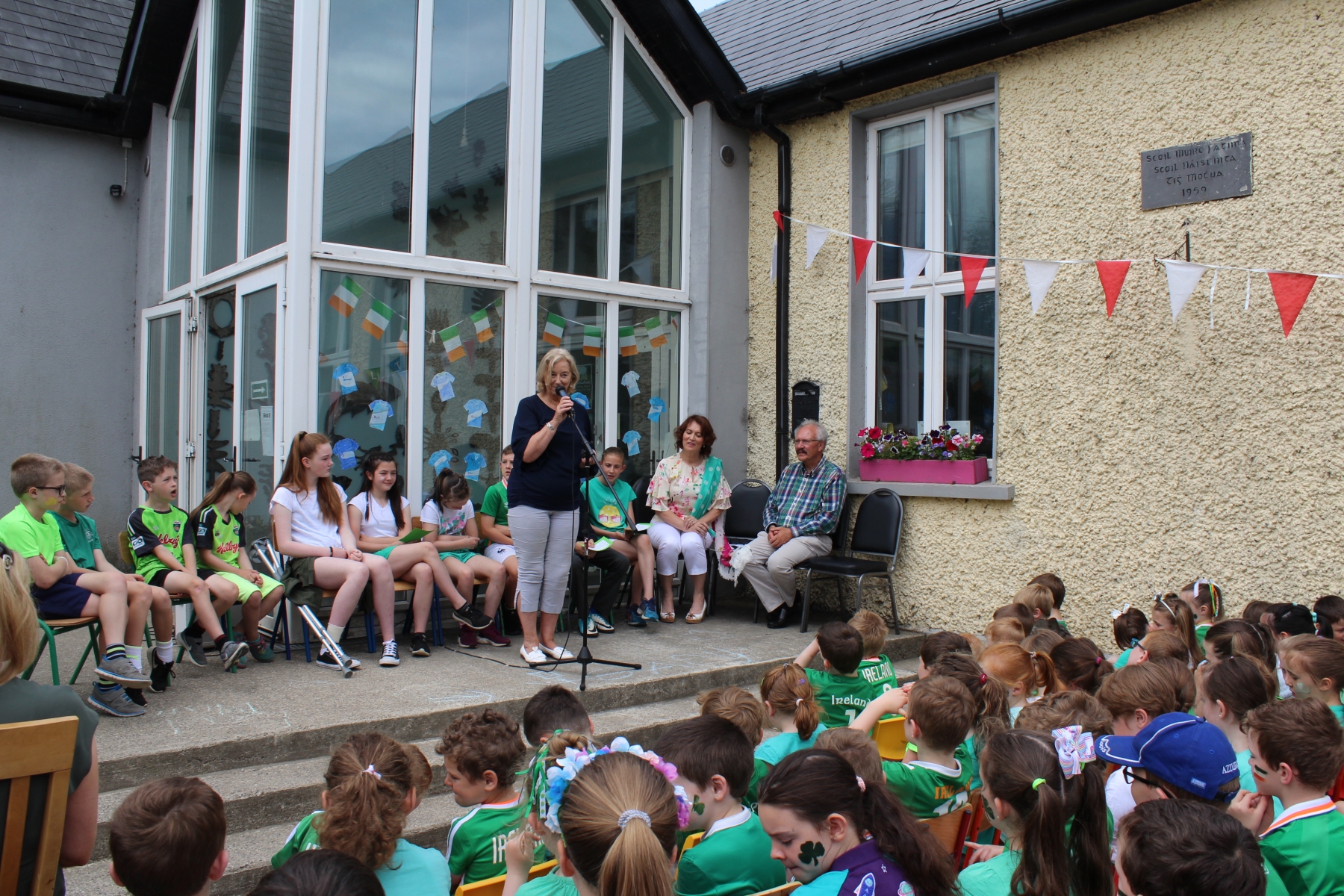 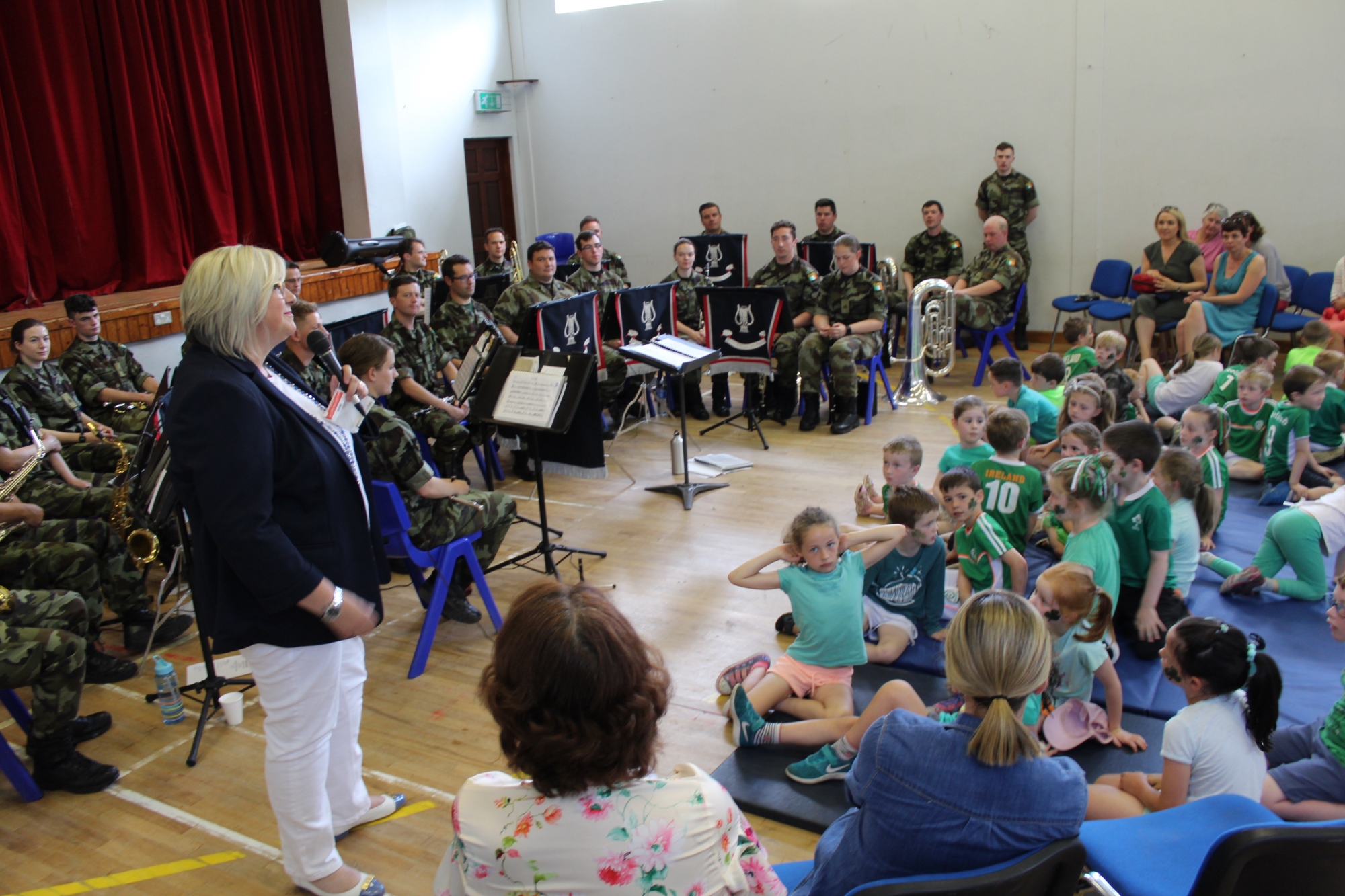 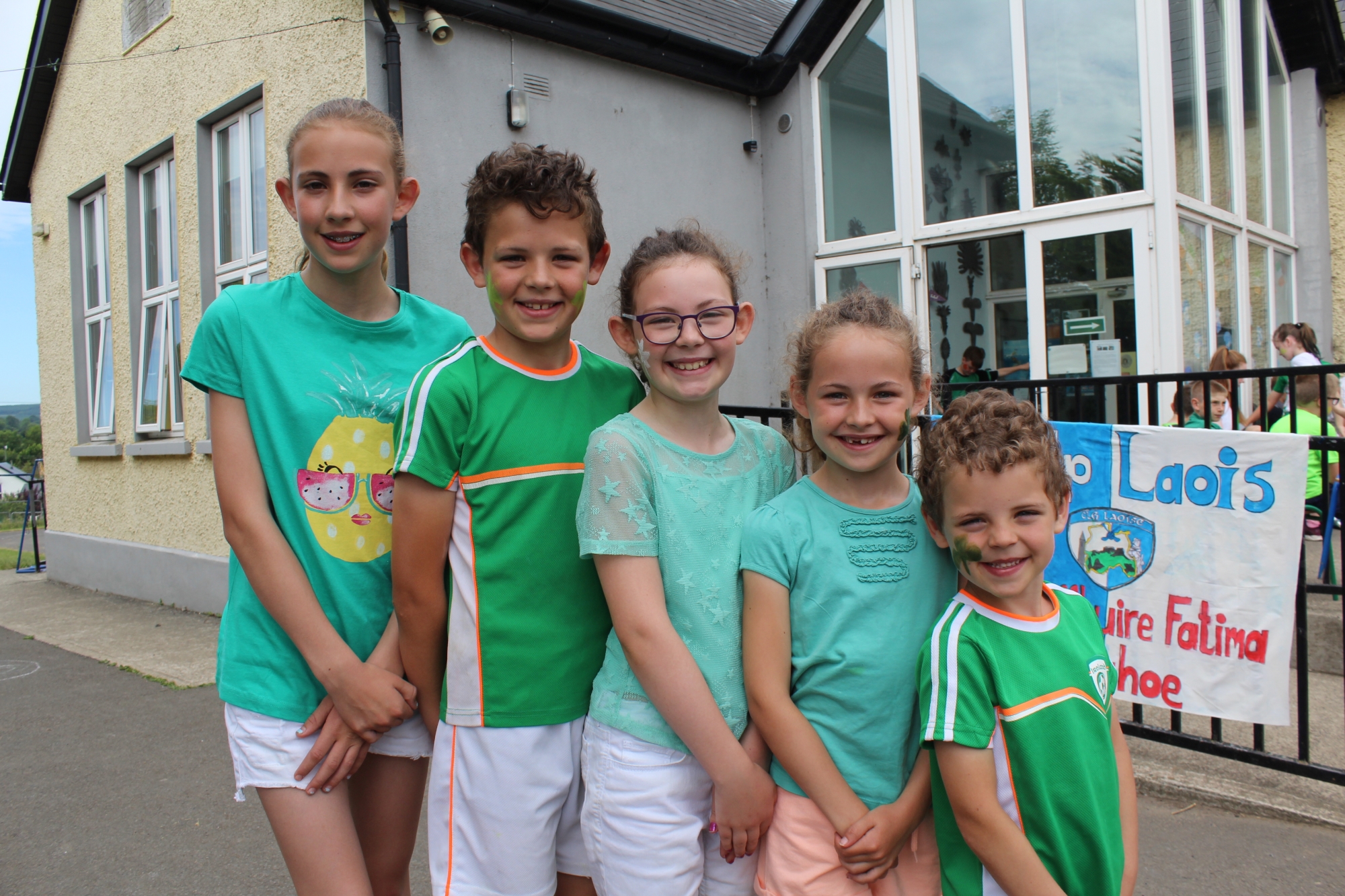