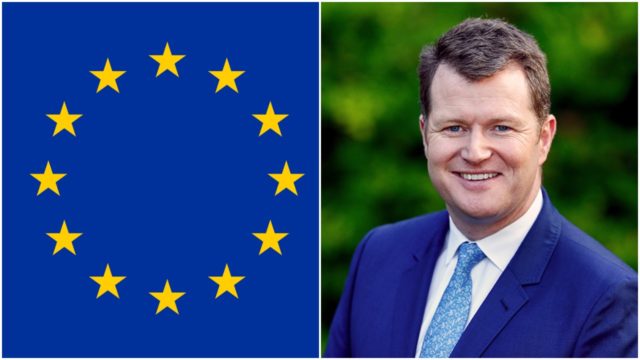 Fianna Fail have chosen their candidate that will run in the Ireland South constituency, which now includes Laois, and it is something of a surprise.

Wexford Councillor Malcom Byrne will represent the party in the constituency after he saw off his rivals – including a sitting TD in the form Cork’s Billy Kelliher.

The Gorey man was selected following a competitive convention race, in the Minella Hotel in Clonmel, Tipperary.

There was drama last night as local Fianna Fáil county councillor Eddie Fitzpatrick withdrew his name as a candidate – but he didn’t rule himself out of the running entirely.

Cllr Fitzpatrick is from Cloneyhurke just outside Portarlington and a councillor for the Edenderry District of Offaly County Council.

Fianna Fail Party HQ have indicated that their convention will select just one candidate for the new Ireland South constituency. But Cllr Fitzpatrick says he will be putting himself forward if they choose to pick another candidate through an interview process, as they have done for their General Election teams in many cases around the country.

So that meant that today’s vote was between TD Billy Kelliher from Cork, Cllr Malcolm Byrne from Wexford and Jason Fitzgerald, also from Cork – with Byrne prevailing.

Cllr Byrne, a member of Wexford County Council since 2009, is the current head of communications with the Higher Education Authority.

He has previously held positions with the National Youth Council of Ireland and the Union of Students in Ireland.

The line-up for who will be on our ballot paper in the summer is becoming a lot clearer now.

Sitting MEPs Sean Kelly and Deirdre Clune will once again represent Fine Gael as well as Wicklow TD Andrew Doyle who is the current Minister for State for Food, Forestry and Horticulture.

People Before Profit have chosen Adrienne Wallace while Sinn Fein are expected to select sitting MEP Liadh Ni Riada too.

Meanwhile, Labour have chosen Wicklow native Shiela Nunan to run for them.

The European Elections take place on May 24, the same day as the Local Elections.

Laois and Offaly are now in the five-seat Ireland South constituency along with the six Munster counties as well as Kilkenny, Carlow, Wicklow and Wexford.