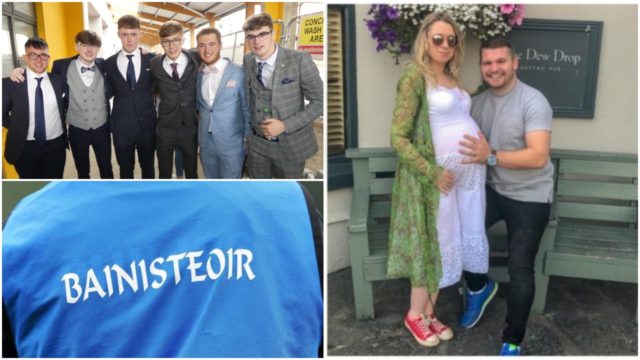 Ciara and Shane Flynn are expect not one or two, but four little arrivals!

Tributes were paid to Shane Brophy, whose ultimely death happened earlier this week

Earlier this week, John Sugrue stepped down as Laois football manager  Here we profile 15 candidates that could be in the mix for the position.

4. Sadness in Camross at the passing of Michael Moore

The Camross area mourned the death of Micheál Moore, a hugely well-liked and respected member of the local community.

5. Behind every good man … is a Laois woman, ask Shane Lowry

The secret ingredient of super star golfer Shane Lowry’s success was revealed at a Municipal District meeting in Laois.

6. LIVE BLOG: Follow all the action from tonight’s SFC Round 1 double-header

7. Five red cards as The Rock see off St Joseph’s in Round 1 of the IFC

There was also plenty of interest in this game involving The Rock and St Joseph’s, where five red cards were handed out

8. As the Laois football championships get underway this week, we rank the top 30 teams in the county

We felt it was timely to have a look at the LaoisToday club rankings once again.

9. Our first football Team of The Week of 2019 following opening round of championship

10. In Pictures: An evening of style at the Knockbeg College debs