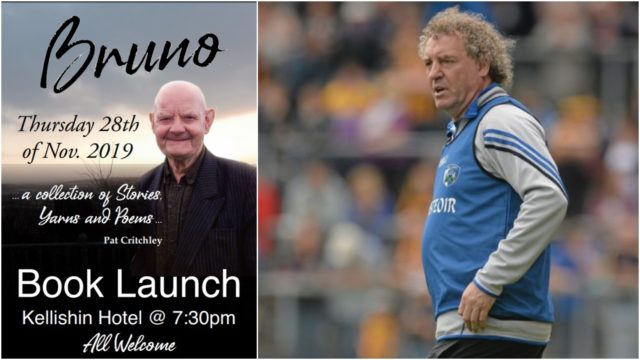 There was great excitement as Pat Critchley’s new book was announced.

After 25 years, the O’Loughlin’s handed over the keys.

3 – Cocaine is everywhere in Laois is stark Garda warning

Dessie Brennan received a medal for bravery, but the only medal he wants is to see his beloved St Joseph’s win another senior title.

As the Divisional competition came to a close, we looked at those who really made their mark.

After picking up his 15th club football medal, we couldn’t help but honour Bruno.

Fr Sean Hyland is to make an appearance on Nationwide to talk about his extraordinary life and book ‘Whisperings of my Soul’.

There was new beginnings for The Heritage!

A Portlaoise family have set up a GoFundMe page for their little boy, Jamie who is in need of medical support.