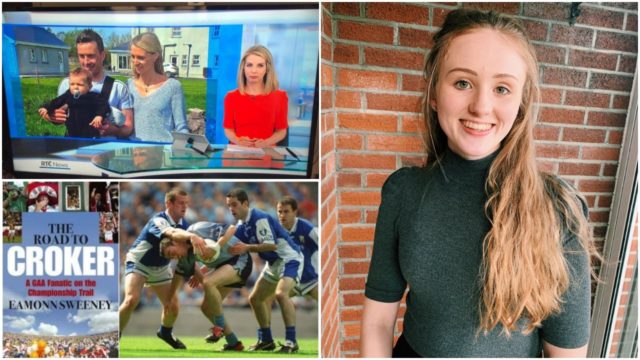 Mam Aisling and Dad Niall opened up on what it was like when they heard the news about their son and their hopes for the future.

The owner of MCD, Dermot Desmond, who promotes the Electric Picnic music festival, says that ‘most shows will go back 12 months’ following the government’s announcement regarding mass gatherings.

Six general classrooms, four computer rooms and two SEN Base classrooms, along with one cateen, kitchen, stem room and gym room are set to be constructed in Portlaoise College.

4 – A row in the tunnel, a crazy taxi driver and Laois beating Dublin in 2003

“At half time, Laois were 0-6 to 0-4 ahead and as the teams were going off there was almighty row in the tunnel. The television viewers had the best view of it but both (Padraig) Clancy and (Ciaran) Whelan seemed to be involved and the word was that Dublin had started the fracas but Laois had finished it, responding to a thump on one of their players by piling in mob-handed with extreme prejudice.”

One Laois girl has come to the aid of the parents of babies who are being cared for in Portlaoise General Hospital Special Care Unit by donating her iPad which will enable staff to make FaceTime calls to parents allowing them to see their babies and witness for themselves the care that they are receiving and the progress that they are making.

A 92-year-old Laois Granny, who recently appeared on BBC News after going viral on Twitter, has launched a fundraiser for little Dan Donoher.

7 – Moment in Time: Castletown celebrate at Dinner Dance in 2004

There was a time there when the Castletown hurlers ruled the landscape of Laois hurling, their story of dominance during the late 90s and early Noughties a remarkable one of a small club that came all the way from Junior B to within touching distance of a Leinster title in a little over a decade.

Former Mountrath Community School student Katy White (20) has been elected to the position of scholar in Trinity College Dublin. The Trinity Scholars were announced Monday April 20 and Katy, who is studying medicine, was included as a medicine Scholar.

Penneys in Portlaoise has donated a number of care packages to staff and patients in the Midlands Regional Hospital and St Fintan’s Hospital.

10 – Sporting Memories: Willie Hyland on his Laois career, championship success with Clough-Ballacolla and what it was like in LIT with Davy Fitz and Joe Canning