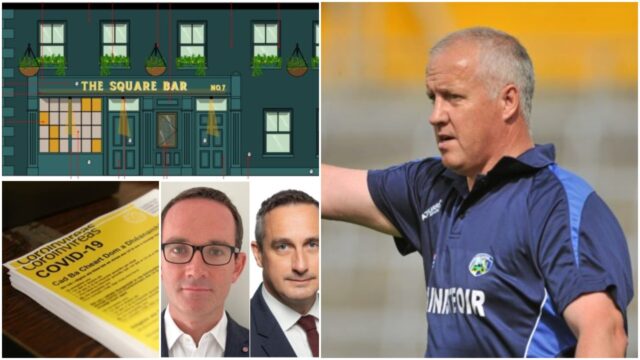 A Portlaoise business announced they were closing for three weeks after a staff member tested positive for Coronavirus.

Iris Hand and Foot Spa, which is located in Hynds Square in Portlaoise, have announced that they will be closed from Monday, July 27, until Monday, August 17.

Two Laois men have been appointed to key roles in some of Ireland’s leading organisations in recent weeks.

Eoin Lowry, from Ratheniska, who was previously Agri Business editor of the Irish Farmers Journal, has been appointed as the head of Bank of Ireland’s agricultural sector. His new role will focus on supporting existing and potential Bank of Ireland farming customers to scale and grow their businesses.

4 – Coronavirus: One new death and 85 new Coronavirus cases with nine of these in Laois

On Thursday, a high number of cases were reported and nine of them were in Laois.

5 – Man arrested after €161,000 worth of cocaine seized in Portarlington

Gardaí have seized €161,000 worth of cocaine (pending analysis) and arrested a man following a discovery in Portarlington.

The man, aged in his early 20s, was arrested following a search of a house in the Patrick Street area of Portarlington that was carried out on Saturday.

Michael Scully, the new owner of the Square Bar in Portlaoise, says he is hoping to be open by the end of August as pubs prepare to adjust to life in the new Coronavirus world.

The Ballyroan man purchased the popular premises almost two years ago from the Fitzpatrick family who had run it for a long number of years prior to that.

The Portlaoise Plaza at Junction 17 on the M7 motorway at Togher opened on Friday, July 31, with 120 new jobs created.

This week for Property Watch we look at five houses for sale in Laois for around €350,000.

Sean Dempsey is set to be a very busy man over the next few months as he has taken charge of a second football club.

The government announced details on how they plan to reopen schools in August.

The plan, which will cost €370 million, was announced by Taoiseach Micheal Martin and Minister for Education Norma Foley.