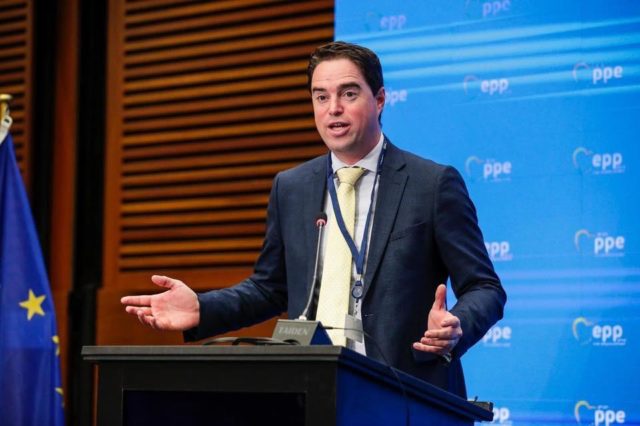 Martin Heydon, a Kildare South Fine Gael TD and Minister for State at the Department of Agriculture, is our latest guest on the LaoisToday Talking Politics Podcast.

With Kildare South now taking in a large chunk of Laois including Portarlington, Killenard and Ballybrittas, Deputy Heydon talks about his early life, how he got involved in politics and his rise from councillor to TD to Minister.

He explains how a sports injury while he was still in secondary school sent him down a different route in life and how a central role as an officer with his local GAA club led to him being approached by Fine Gael and being elected to Kildare County Council in 2009 and then to the Dail less than two years later in 2011.

His election success co-incided with Fine Gael going back into Government and he’s now in the slightly unusual position of never having spent a day in opposition.

And with three young children – and another on the way – he chats about the importance of maintaining a work-life balance as his family grows up.