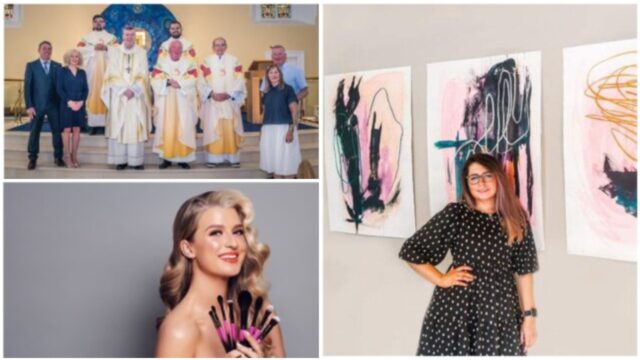 2 – Two juveniles charged in relation to fire at Mountmellick farm

Two juveniles have been arrested and charged following a burglary and fire at a farm in Mountmellick this week.

Baby Dan Donoher is set for blood tests next week to determine the status of his treatment.

4 – Main Street in Portlaoise could be pedestrianised sooner rather than later – can it work?

It’s a topic that has raised its head many times over the years but has never come anywhere close to consensus.

Laois GAA have outlined a proposed fixture schedule for the local club championships for when play is allowed to resume on July 31.

The new Supermac’s outside Portlaoise is set to open on Friday, July 31. Owner Pat McDonagh announced the opening date on a Zoom call with Laois Chamber of Commerce.

Limerick School of Art and Design, LIT, has announced its three recipients of the 2020 Printmakers Bursary – and a young Laois woman is among them.

9 – Mothercare in Portlaoise to close as company announces liquidation

Retail chain Mothercare – which sells a range of maternity products and items for babies and young children – is to close its 14 stores in Ireland, including its outlet in Portlaoise.

Makeup artistry is just that – an art – and Abbeyleix native Ruth Bergin has put her background in fine art to great use building a massive fan base in her career so far.