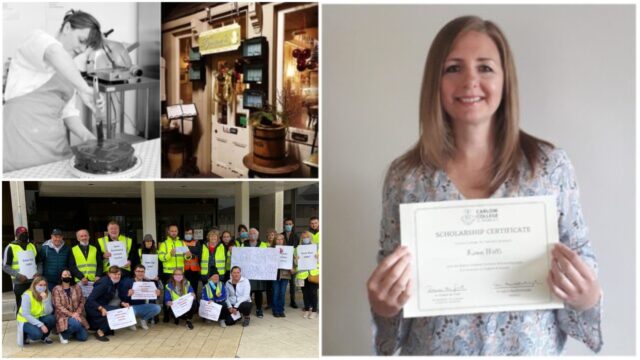 Slieve Bloom native Tom, who owns Tom Delaney and Sons Pub in Mountrath, passed away on Sunday at the age of 56.

Originally from London in England, Tom Major, who lived in Rathevan in Portlaoise, died on Friday June 19 at the age of 54 after battling illness.

3 – Property: Stradbally residences on the market with Hennessy Auctioneers

Hennessy Auctioneers are offering two properties to the market.

St Fergal’s College in Rathdowney will have a new principal for the 2020-2021 school year following the appointment of Gerry Quinn to the role.

The owner of the hugely popular award-winning Portlaoise restaurant, Tynan’s at the Storeyard, has decided not to re-open.

If you have missed that big screen experience over the past few months then there is some fantastic news coming your way.

7 – In Pictures: Crowds gather at County Hall for protest over closure of Portlaoise Leisure Centre

A crowd of around 300 people gathered outside Laois County Council buildings for a protest over the closure of Portlaoise Leisure Centre.

Laois woman Karen Wills, who sat her Leaving Cert in 2018 at the age of 44, has received a Third Level academic award for excellence.

A Laois school and community has been left ‘broken-hearted’ following the sad passing of Brenda Corcoran.

Hairdressers across the country will re-open next Monday, June 29, and for Claire Farrell it’s the start of an exciting new phase as she teams up Meghan Quinlan and Bernadette Rigney in Q & R Sublime on Bridge Street in Portlaoise.