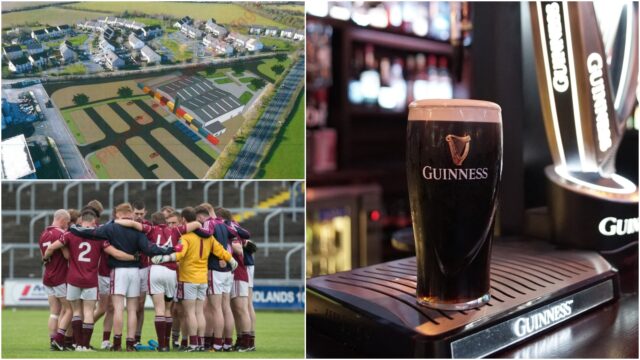 On Thursday, we broke the story that Killeshin and Arles-Kilcruise GAA clubs had played a practice game against Carlow side Old Leighlin, who featured a player who subsequently tested posted for Coronavirus.

Less than two weeks after opening, McSorley’s Centra on the Mountrath Road in Portlaoise has sold a €1 million winning lotto ticket.

We picked out five houses for sale around the county at the moment for about €250,000

Tributes have been paid following the sad passing of Midlands Prison Portlaoise officer Richie Brennan, from Naas in Kildare and formerly of Harold’s Cross, Dublin.

Planning permission has been sought to develop a Garden Centre in Portarlington – in the Dublin Road Business Park site which was once the home of Butler’s Steel.

7 – New appointments and retirements in Kildare and Leighlin Diocese

Bishop Denis Nulty announced a number of appointments and retirements of priests in the Kildare and Leighlin Diocese.

Ballyfin Demesne, located on the grounds of the old Ballyfin College school, was recognised by the hugely popular US travel magazine, Travel + Leisure, as the second best in Ireland and the UK.

9 – Fr Paddy: Suicide – a pandemic that continues to devastate

“During the past ten days, five lives have been lost to suicide in Laois,” wrote in his column last week. “Wonderful lives, abruptly ended, leaving behind families overwhelmed with grief and sadness.”

Two Laois pubs expressed their frustration at the Government’s decision to delay their re-opening until August 10.