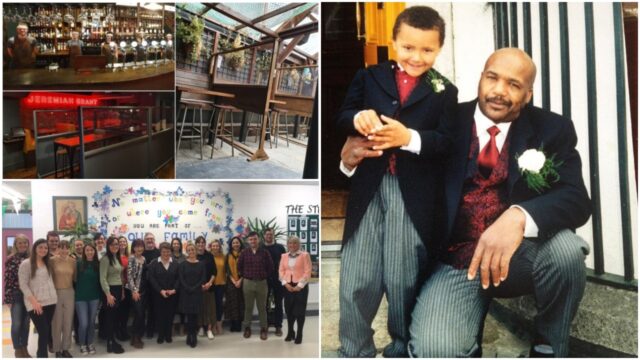 1 – Reopening Our Schools: Laois principal on what students, parents and staff can expect

After months of intensive work, Laois schools got themselves into a position to go again and we caught up with Roisin Brennan – principal of Holy Family Senior School – to explain how it is all going to work.

A Laois GAA club has announced that a member of their senior football team has tested positive for Coronavirus.

Graiguecullen GAA has released a statement confirming the news but say they are not suspending activities.

The Harps GAA have issued a statement after a person tested positive for Covid-19 in their area.

The club, who are based in Durrow and Cullohill, are asking all players, coaches and members to follow all GAA and HSE guidelines if they are deemed a close contact and are sent forward for a test.

A Laois man has launched an appeal for information about his late dad’s family.

Aaron Forbes, from Graiguecullen, took to social media over the weekend in a bid to learn more about the family of his late dad Harry.

A Laois student has written a letter to Minister for Education Normal Foley and called on her to address a number of concerns that students have ahead of the proposed reopening of schools in the coming weeks.

Reuban Murray, who is President of the Irish Second-Level Students Union, has raised issues such as class numbers, transport, how many cases would force closure and asked for further information on calculated grades.

6 – In Pictures: Students in high spirits as schools re-open around the county

After almost six months of closure, Laois schools around the county opened this week and we have some great pictures of happy children.

7 – 15 clubs represented in latest football Team of the Week

It is always fierce hard to pick this team – and this week was no different.

And what a relief this was!

Minister for State Sean Fleming called for the Oireachtas Golf Society to be disbanded as the fallout from the infamous outing and subsequent dinner raged last week.

Since then, Commissioner Phil Hogan has resigned – while a number of high profile politicians have lost their party’s whip.

A popular Portlaoise bar and restaurant has used the recent lockdown to carry out significant changes as they re-opened again this week.

Jeremiah Grant Bar and Eatery on Main Street in Portlaoise had re-opened on June 29 having been closed since March and had enjoyed a very busy couple of weeks before they were forced to close again two weeks ago due to the localised lockdown enforced on Laois, Kildare and Offaly.