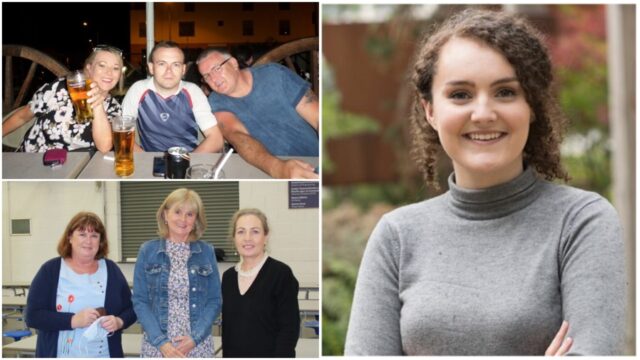 The parents of a young Laois man who tragically took his own life have issued a heartfelt plea to people to support this weekend’s online fundraising event organised to help a mental health charity set up in the county.

25-year-old Keith McCarthy from Stradbally sadly ended his life in 2018, leading to absolute devastation for his parents Kevin and Sandra and sister Shauna.

Last week, his broken hearted parents have spoken out in the hope that their message may cause another person contemplating suicide to stop and get immediate help.

Laois minor football manager Mark Bates has named his captain, vice-captain and 32-player panel ahead of this year’s Leinster championship.

Graiguecullen lead the way with five representatives while St Joseph’s have four and Ballyroan-Abbey provide three.

Portarlington, Portlaoise, Ballylinan, Barrowhouse, Emo and Timahoe all have two.

A second Laois woman has secured a prestigious scholarship to study in America.

Back in April, we revealed how Miriam Keegan, a primary school teacher from Emo, will head to the States this autumn after receiving the Fulbright-EPA Student Award to study her masters in fashion and sustainability.

And now a second Laois woman – Caroline Dowling from Errill and a past pupil of St Fergal’s College who graduated in 2015 – has been granted the Fulbright-Environmental Protection Agency Award to study in Cornell University.

Warm tributes have been paid in a Laois school following the retirement of a Laois secondary school’s principal, home economics teacher and an Irish/French teacher all on the same day.

Last week was a bittersweet day for Mountrath Community School as three staff members who have been there from the very start all bid farewell.

A major housing development is on the cards in a Laois town after planning permission was submitted recently.

Portarlington is set for 58 new homes in plans submitted to Laois County Council on May 31 on a 1.45 hectare site.

Werdna Limited are behind the development which is earmarked for Station Road in the town.

A total of 11 clubs are represented with Camross, Castletown and Clough-Ballacolla leading the way with five players each.

The squad also features eight players who were part of the panel in 2020.

7 – Deep sadness as ‘true gentleman’ and ‘great Gael’ passes away

There is deep sadness in Ballylinan this week following the news of the passing of one of its most loved sons.

Jimmy ‘Bronson’ Farrell sadly passed away on Monday May 31. Mr Farrell is survived by his wife Marie, daughters Tara and Kelly and sons Cieran, Jamie and Alan.

A proud GAA man, Jimmy was heavily involved as a player, coach and administrator over the years with Ballylinan.

“I did an undergraduate degree in law, I didn’t do anything with my degree afterwards,” said the Rathdowney woman who describes her career as an “unusual path to television.”

“I loved video and YouTube from a young age. That got me interested in editing and video production, so as I was doing my law degree I used to be making YouTube videos and silly things like that.”

9 – Tributes paid as ‘legend’ of Portlaoise Pantomime passes away

There was deep sadness in Portlaoise and throughout the county of Laois this week following the passing of Laura Kilkenny.

Mrs Kilkenny on Tuesday June 1 and was known far and wide for her musical talent, witty humour and her incredible ability to light up a room with her smile.

Originally from Dublin, Laura moved to Portlaoise many years ago with her late husband Tony who was a prison officer.

10 – Fancy owning your own mansion? Laois County Council have just acquired one and plan to sell it on

Anyone who fancies owning their own mansion will have the opportunity to purchase one in Laois shortly.

This is after the Council executed a Compulsory Purchase Order on a derelict mansion in Abbeyleix recently.

Originally a workers house in the late 1800s, Millbrook House is located on the Abbeyleix to Ballacolla road.