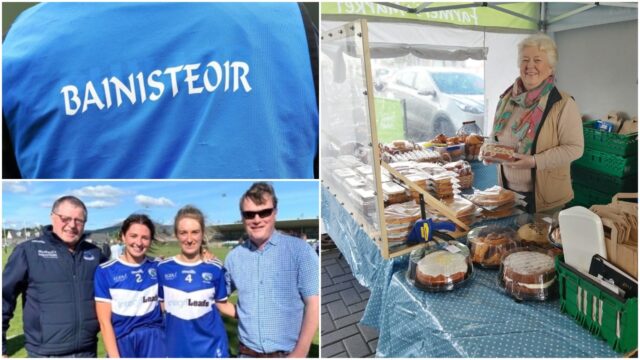 The news that Mike Quirke would not be seeking a third term in charge of the Laois senior footballers was confirmed earlier this week.

After a miserable 2021, the news of the Kerry man’s decision to depart was not unexpected.

We’ve drawn up a list of 16 internal candidates who could fill his boots.

There was deep shock and sadness this week following the passing of a much loved Laois man.

Raymond Dunne, from The Swan in Laois, passed away suddenly on Monday July 5.

A revered member of the motorsport scene in Laois, Mr Dunne’s passing led to an outpouring of emotion on social media.

The Laois senior footballer’s 2021 season has ended without a competitive win as they were well beaten by Westmeath in Tullamore last Sunday afternoon.

Mike Quirke’s charges led by a point at half time but a dramatic second half collapse saw them defeated by 16 points in the end.

The apple doesn’t fall far from the tree.

You’ll often hear the saying, “that’s where they got the football/hurling from”. While it can be a simplistic way of describing someone’s sporting talent, people love to make links between current players and what has gone before.

It was only when scrolling through Instagram the other day in the aftermath of the Laois’s success in the Division 3 National Football League final, that we stumbled across a photo of the team’s corner-backs – Clodagh Dunne and Aimee Kelly – with their dads, that something clicked.

Ollie Hally’s Laois U-20 hurlers are through to the Leinster quarter finals following a massive win over Antrim in Navan last Tuesday evening.

As with last week, Laois built up a huge lead by half time – but this time they did not throw it away.

Every Friday morning, Peppers Lane, just off Lyster Square in the heart of Portlaoise, is a hive of activity.

The buzz is palpable as the various traders in the Laois Farmers Market set up for a morning of meeting their customers, selling their produce and making new connections.

The positive vibe comes from a group of people who invariably love what they do – and the quality of what they’re selling is a real reflection of that.

Some are veterans of the Farmers Market circuit; others are relative newcomers – but the Laois Farmers Market, with the support of Laois Taste and the Business Support Unit of Laois County Council continues to go from strength to strength as they’ve made this part of Portlaoise their home every Friday morning.

A multi-national tech company has agreed to establish its European headquarters in Laois.

Established in 1995 in Quebec in Canada, N’ware offers feature-loaded software solutions for small to mid-size businesses or subsidiaries of large enterprise corporations.

14 Laois pharmacies have signed up to provide Janssen Covid-19 vaccines – the HSE has confirmed.

10 – Up and Coming: Meet the Mountmellick Crochet Artist who’s hand-made pieces are proving a big hit in Ireland and abroad

Taking the plunge and starting something new is a scary concept for most of us – but that is exactly what this young Laois woman did almost 12 months ago.

In August 2020, after years of self-doubt and sabotage, Mountmellick’s Courtney Murray finally took a leap of faith and set up her Instagram page ‘courtneyjeanmurray‘ and, in her own works, she hasn’t looked back since.