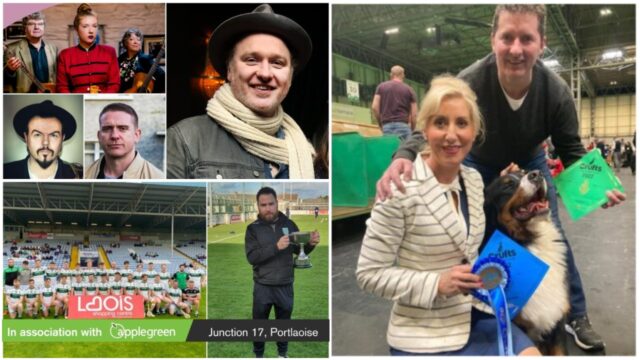 Gardai in Laois are appealing for witnesses to come forward following an assault in Portlaoise over the St Patrick’s weekend.

The incident occurred in the early hours of the morning on Friday March 18.

It happened at 3am near the taxi rank at Top Square in Portlaoise at the top of main street.

An agreement between Bord na Mona and an international company will see a plant in Portlaoise reopen.

So says local Sinn Féin TD Brian Stanley who welcomed the arrangement between the Irish company and ICL.

3 – Gardai recover €5,300 worth equipment that was stolen from Laois business

Gardai in Laois have recovered €5,300 worth of power tools that were stolen from a Laois business.

The owner of a derelict cottage near Centrepoint, where people are “carrying out all kinds of activities” that are putting elderly residents in fear, needs to “step up to the mark” and not only secure the site but clean up the illegal dumping.

At the recent meeting of the Portlaoise Municipal District, Cllr Caroline Dwane Stanley called on the planning section of Laois County Council to enforce the derelict sites legislation on the owners of the derelict cottage and site on Harpers Lane and the adjacent site of Centrepoint.

Over 30 acts across two stages in the idyllic setting of Emo village will be the soundtrack to the summer of 2022 at Forest Fest.

Among the performers in Emo village on July 22, 23 and 24 will be – The Stunning, Jack L, Something Happens, King Kong Company, Cathey Davey, Damien Dempsey, Hot House Flowers and Hermitage Green.

The celebrations to mark the 50th anniversary of the dedication of Our Lady Queen of the Universe Church in Errill reached a fitting conclusion recently.

Bishop Denis Nulty, who is administering the Diocese of Ossory, was the main celebrant of the Mass on Saturday March 5.

7 – Limerick native confirmed as manager of Portlaoise hurlers for 2022

A Limerick native has been confirmed as the new manager of the Portlaoise hurlers ahead of the 2022 season.

Thomas Moloney, who hails from Knockainey but is now based in Monasterevin, has an extensive coaching CV.

A Laois Bernese Mountain Dog have excelled at the world-famous Crufts dog show in London recently.

Fiona Stafford-Byrne from Castletown, who competes under the kennel name Danganroe, saw two of her dogs qualify for the prestigious event.

Her seven-month-old dog Tiger Bear which was brought in from Poland qualified on the double, winning both the Irish Kennel Club event in Navan last November as well as the Belfast Championship in the Best Puppy Dog category.

9 – In Pictures: Community comes together for fundraiser as Laois teenager continues cancer battle

An entire community came together last weekend for a fundraiser for a Laois teenager who is battling cancer.

Members of Mountmellick GAA and soccer clubs plus many others took part in two events in aid of Eoin Coss.

All in Ballyroan celebrated a marvelous occasion.