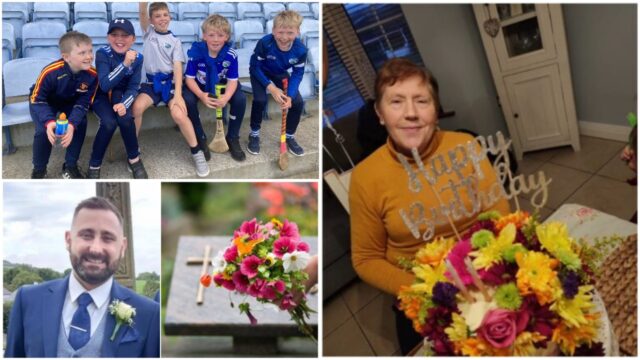 Gardai have charged a man in his 30s after two youths were the victims of a robbery recently.

The incident occurred early on Friday May 13 in the Kilminchy area of Portlaoise.

There is deep sadness in Graiguecullen following the sudden passing of Paddy Branagan.

Mr Branagan, who is aged in his late 20s, died while on a work trip in America.

From St Fiacc’s Terrace, Graiguecullen, Mr Branagan passed away in America on Sunday, May 15.

The Laois minor hurlers took part in the Leinster final on Monday evening where they lost the game.

34 players were on the panel and we profiled each of them ahead of the match.

A crowd of up 5,000 is expected to attend Emo today with more than 100 local businesses exhibiting and the centre piece being an Ireland’s Fittest Club competition where there’s €10,000 prize money up for grabs.

The Fittest Club event will have 32 teams competing throughout the day with the grand final taking place at 5pm.

5 – In Pictures: O’Moore Park buzzing as Laois go down to Offaly in Leinster minor hurling final

A crowd of 12,487 packed into O’Moore Park on Monday evening as Laois and Offaly did battle in the Leinster minor hurling final.

The great midland rivals have been starved of success with even Offaly having to go back to 2000 for their last win in the grade.

The Laois minor hurlers’ wait for a first Leinster title since the 1960s goes on as they were beaten by a very impressive Offaly side.

In front of a packed O’Moore Park, where throw-in had to be delayed to accommodate the estimated crowd of more than 12,000, Laois were beaten by the better team.

Declan Qualter’s charges battled bravely throughout but fell behind in the first half when playing with the wind and could not overturn the deficit against it.

The Laois Hurlers Golfing Society hosted their first outing of the year on Saturday last.

As usual, their hosts, Rathdowney Golf Club, gave them a warm welcome and presented them with a challenging course in pristine condition.

8 – Moment in Time: Brilliant photos from the Stradbally Steam Rally in 2001

It’s a real Hardy Annual. They come from all over the country for the Stradbally Steam Rally, one of the many local and diverse events held in beautiful surrounds of Stradbally Hall.

As he has been for almost every local event in Laois for the past three decades or more, photographer Alf Harvey was on hand to capture a selection of wonderful images in 2001.

The death has occurred of Theresa Tynan (nee Larkin) from The Heath.

Theresa was very well-known in Portlaoise and the surrounding areas where she worked in both Jim’s Country Kitchen and later Tynan’s at the Storeyard for a number of years.

There was wonderful fun in the small village of Vicarstown as Laois Comhairle na nOg and Youth Work Ireland Laois came together to organise a brilliant event, of which the centrepiece was a Colour Run on the banks of the Grand Canal.

And it wasn’t just for young people. Many parents took part in the 3km walk/run including Donal Brennan, Director of Services in Laois County Council, Cllr Padraig Fleming and former councillor Pauline Madigan.